Indian Railways have taken a significant step in ensuring transparency on its system. According to the new plan, the details regarding all the railway bridges across the country would soon be made available or the people to access, through the recently launched digital portal “Rail Drishti” dashboard.

According to a recent PTI report, Union Railway Minister Piyush Goyal stated that the new Rail Drishti portal will very soon have information for all the 1-1.25 lakh railway bridges across the country. The portal will also carry all the prominent details of a bridge such as its year of manufacture, the year of its auditing and also about auditors. 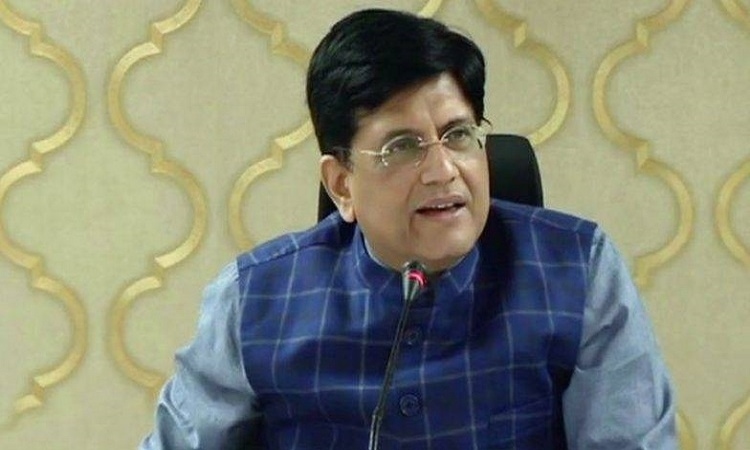 Goyal was in Mumbai to inaugurate the makeover project for Byculla railway station, which is one of the oldest and busiest suburban stations on the Central Railway. According to Goyal, the phone numbers of the auditors and the concerned officials might also be posted on the Rail Drishti dashboard and hence all the other such details related to rail bridges will be made available on the public domain. This initiative will ensure transparency and efficiency for the Indian Railways network.

During the gathering on the concourse of the Byculla station, Goyal said restoring heritage was not an easy task. He said, "I am quite happy that several people have come forward to restore beauty of this majestic station building and the entire premises. Everyone who has come forward to make this station beautiful, deserve big thanks.” 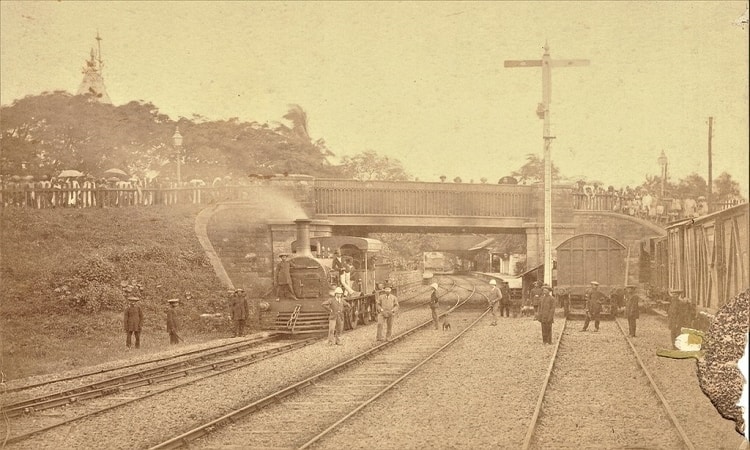 City-based NGO "I Love Mumbai", led by BJP leader Shaina NC, had last year signed an MOU with the Central Railway (CR) for restoration of heritage and beautification of Byculla station. The NGO has embarked on restoration work in association with conservation architect Abha Lambah. Byculla was one of the original stations when the Bombay-Thane railway was inaugurated in April 1853. The construction of the present building of the station started in 1887 and completed in 1891. It is certainly one of the oldest stations in India.

A senior railway official said the restoration works include removal of "insensitive and ad hoc additions on the facade, removal of paint from the stone facade, cleaning of stained masonry, restoration of damaged doors and windows, removal and up-gradation of haphazard crisscrossing telephone and electrical wiring".

After the ceremonial launch of the project, Goyal inspected the station and various public amenities. He also interacted with commuters and railway staffers. Here are a few noteworthy things about the Rail Drishti dashboard:

Rail Drishti is an information portal that brings important details from various sources on a single dashboard in order to promote transparency and accountability. It offers information in 15 categories.

In the ‘At a Glance’ section, users can visit the portal for information related to passenger reservation, unreserved ticketing, freight earnings, and freight loading. The “Service” category provides information such as the PNR (passenger name record) enquiry, tender enquiry, complaint enquiry, ODC application enquiry, shramik enquiry as well as the FNR enquiry. 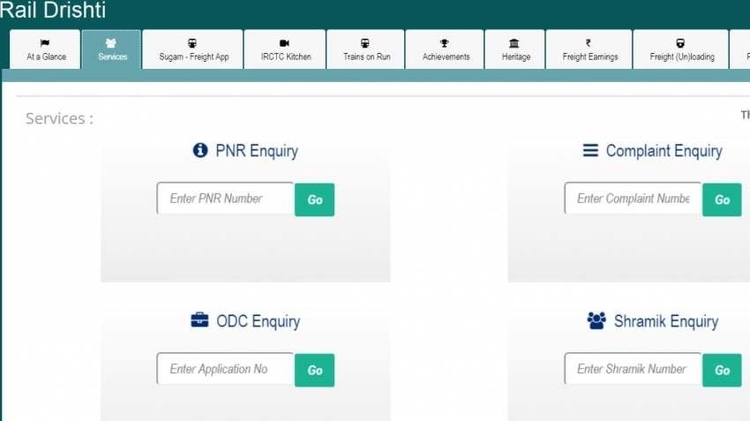 The portal also has a ‘Trains on Run’ feature that enables passengers to track any train on the Indian Railways network. Additionally, with the help of train search option they can receive information about any train and find details of the desired trains easily, as well as the contact number for housekeeping staff.

In order to make the mechanism more transparent, the details on the passenger earnings, unreserved ticketing of suburban, non-suburban railways have also been made available. The digital portal also gives data on the expenditure (revenue) and the expenditure (works) of Indian Railways. It gives a highlight of the railway zone having the lowest percentage increase in revenue expenditure.

It also has a ‘Grievances’ section, which exhibits the status of complaints filed through the Complaint Management System (COMS). The section displays the number of grievances resolved and pending. 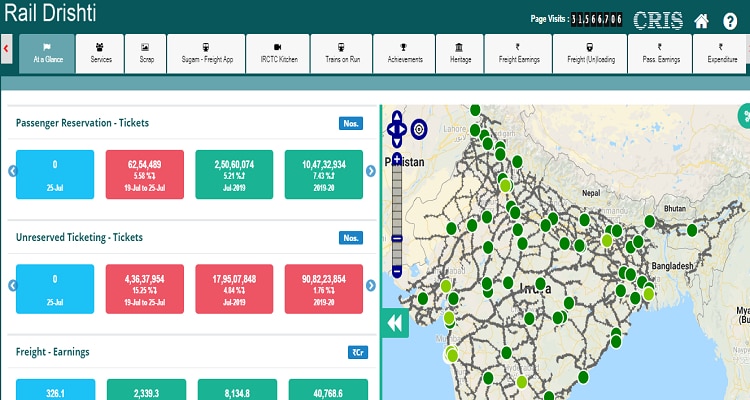 The Rail Drishti dashboard also lists the achievements of the Railway Ministry, which includes the redevelopment of railway stations, electrification of the rail lines, signalling, cleanliness on railway tracks, catering and others. The state-wise information on the same is also made available on the portal. Visitors to the portal can also view the progress on major initiatives undertaken by Indian Railways through the Station Images category, while the Heritage section exhibits the cultural aspect of travel. 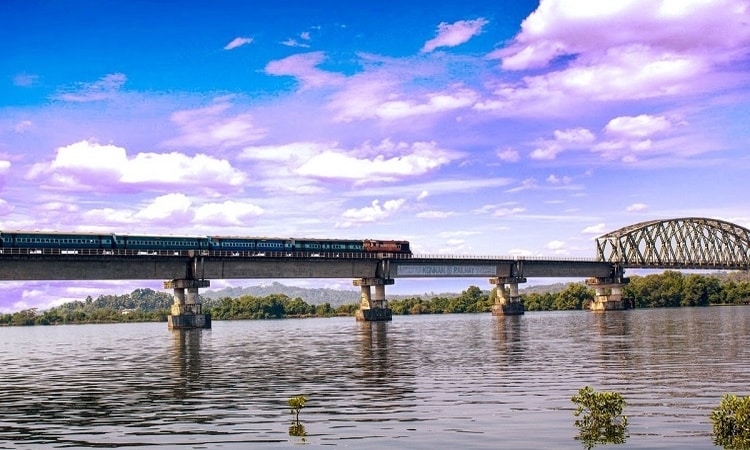 Now, with this new initiative of making the information available about the bridges of the railways, IR has surely moved a step forward in promoting transparency in the system of the railways.

For your one-stop solution, book your train as well as flight tickets through Trainman app. Download Trainman App to check PNR Status of the booked ticket, Running Status for your train, Seat Availability and so on.