Do you believe in supernatural powers? Well, you surely will after reading this article which will take you to the interesting museum in Shimla dedicated to a man named Bhalku Ram who played a significant role in the construction of Kalka-Shimla Railway Line. The story associated with the person after whom the museum has been named will surely leave your mind both amazed and intrigued.

The museum is full of intriguing tales and artefacts that will take you back in time. It was primarily set up to preserve the rich Heritage of Kalka Shimla Railway. This museum has been named as Baba Bhalku Rail Museum to pay respect and honour to Baba Bhalku as he helped in guiding engineers for the construction of this line. 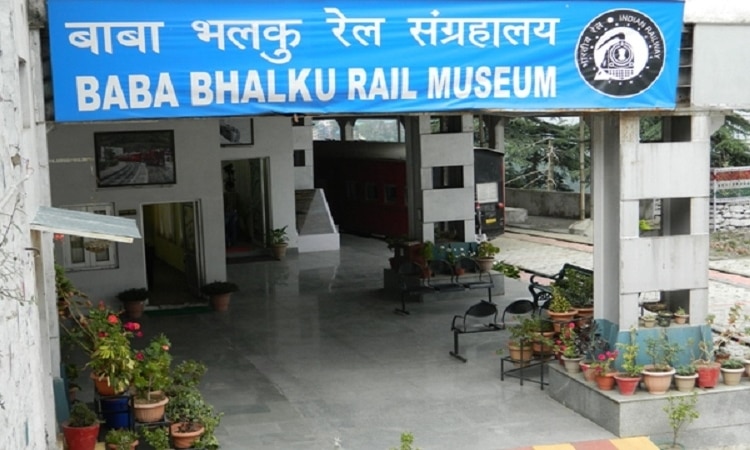 It is believed that Baba Bhalku a saint near Shimla, who possessed some supernatural engineering skills, helped the British engineers in laying down this track. It is said that whenever this project hit the roadblock, Baba Bhalku came to the rescue of British Engineers and this line has been constructed exactly on the traces revealed by Baba Bhalku. When the British engineers failed to construct the rail line through the rugged mountains, then it was Bhalku Ram who guided the engineers and finally, we got our beautiful national heritage Kalka-Shimla Railway. His crucial work was between June 1898, when the contract to build the Shimla-Kalka railway line was signed, and November 1903, when it was completed with 889 bridges and 103 tunnels.

Do read the Barog Station, Tunnel No. 33, Shimla story before continuing further.

So, when the British engineers were building the Kalka-Shimla rail line, there came a mammoth challenge of building the longest rail tunnel and that too through the mountains. Colonel Barog, the British railway engineer was assigned work of this tunnel construction. Under his supervision, digging of the tunnel started from both sides and the engineers discovered mid-way that a proper alignment to the tunnel could not be found. The British government fined Barog (Just Rupee 1) with accusations of wasting the property of the government. Colonel Barog felt humiliated and out of frustration and depression committed suicide. He was buried near the incomplete tunnel. 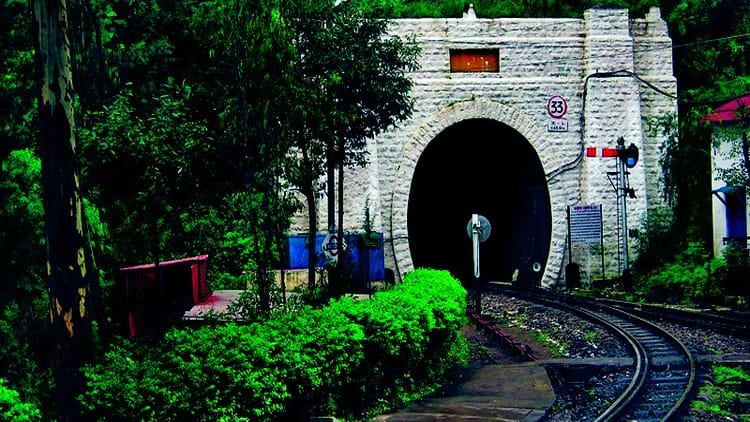 The work was then assigned to Chief Engineer HS Harrington. Harrington and his team with all their instruments struggled to find a solution to the same hurdle of alignment. However, he too was unable to complete the task and could not properly align the two segments.

It is believed that Harrington’s team found Baba Bhalku and soon he became a significant part of the team. With an exceptional observation power, Baba Bhalku used only a stick to tap the stones, listen to sounds and lead the diggers. He helped to make many more tunnels on this track. According to the story, Bhalku would hit a section of the mountain wall with his wooden stick inside the tunnel and listen to the sound. He repeated the exercise on various points inside the tunnel and then filtered the information based on the sound. When he found something, he would instruct the engineers to dig from the point he focused on. And they followed him to dig the tunnel further. This significantly led to the completion of the arduous challenge of building the Barog Tunnel which is now the longest straight tunnel in the world. 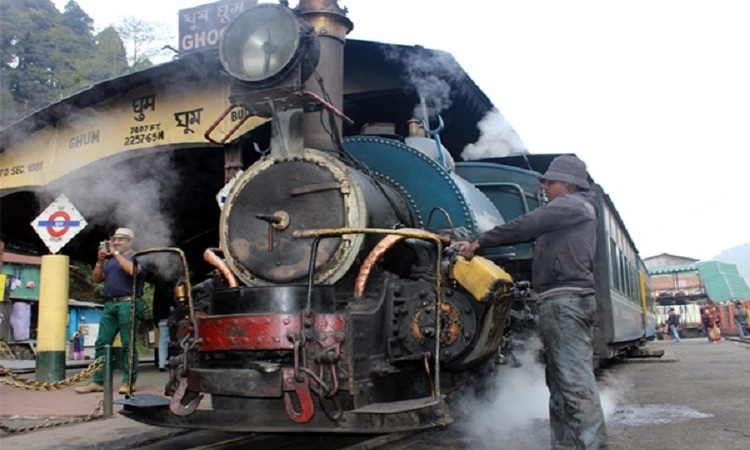 Bhalku was the reason why this arduous and ambitious project was completed in record time and has stood the test of time. The British Government honoured Bhalku Ram by presenting him a medal and a turban. 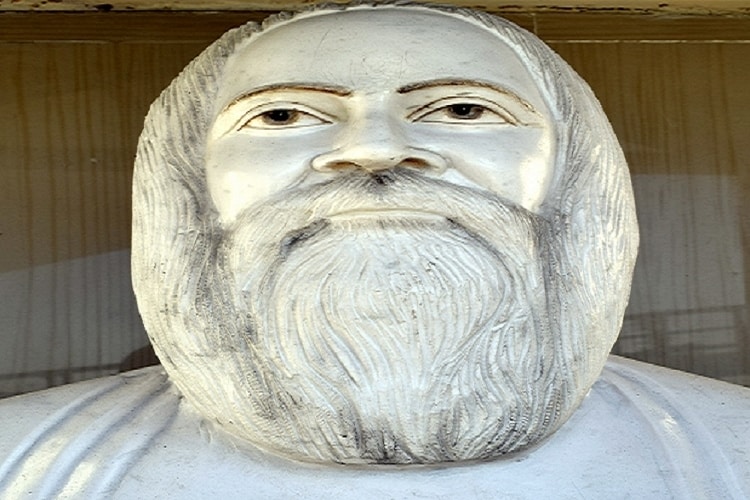 Locals say that Baba Bhalku had surveyed the route on which the track could be laid ahead of Shimla also but the British stopped at their summer capital. It is also said that Bhalku was a poor villager with strange but humanitarian beliefs. He used to put honey in his hair to feed the lice believing it was his duty to feed the insects living on his body. He lived under a tree with goats. It is also said after the completion of Kalka-Shimla Railway in 1903, Baba Bhalku went on a pilgrimage to Badrinath from where he is said to have disappeared. To commemorate his efforts, his statue was installed at his village near Chail. And so is the Baba Bhalku railway museum in Shimla.

Inside the Baba Bhalku Rail Museum, there are various plaques which have the testimonials on Bhalku by different officers of that time. There’s one by Lieutenant Colonel H Moore on the October 17, 1875 which states “All I can say is that I have known Balkoo for the last 14 years; that he is not only an excellent public servant but a highly esteemed and excellent man, whose charity and benevolence is known throughout the hills to all. Whether rich or poor, who have occasion to travel between Simla and Pangi, a character like Balkoo is rare among native officials, and not surpassed by any others in practice of true charity.” 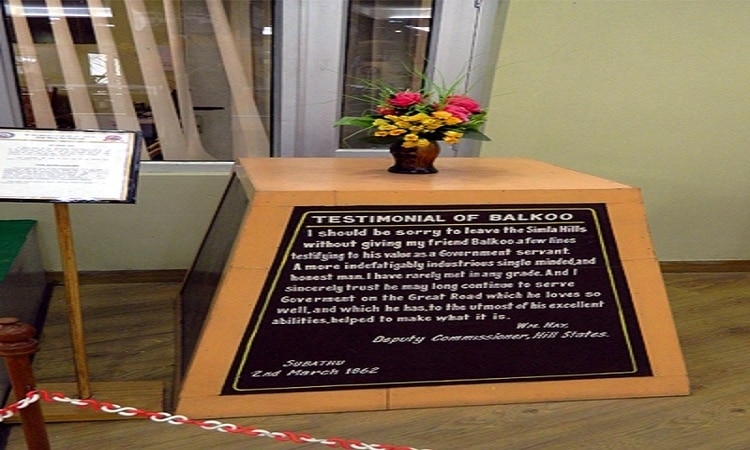 Another testimonial issued by W.M Hay, Deputy Commissioner, Hill States stated, “I should be sorry to leave the Simla hills without giving my friend Balkoo a few lines testifying to his values as a government servant. A more indefatigably industrious single-minded, and honest man.” 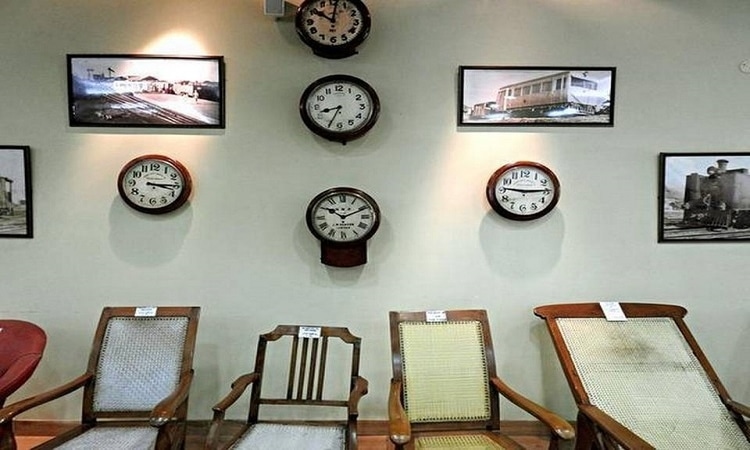 Opened in July 2011, the Bhalku Rail Museum gives an interesting insight into the history of the Kalka-Shimla Railway Line through its collection of rare artefacts. The gallery includes images o the steam loco-hauled train, as well as a train making its way through snow, covered tracks. There is a 1930 lost property register bearing the details of lost bags, umbrellas, caps and coats found in waiting rooms of the station and on the train. The furniture and crockery gallery displays fine glassware, wine glasses and vases used in those days. Other important items include old train parts dating back to the early 20th century, seals and labels worn by porters and other staff, steam locomotive headlights, ticket punching machines, brass lamps, lanterns etc. A life-sized train stands complete with its old carriage.

This is all about the famous rail museum and the man behind the heritage Kalka-Shimla rail line. So, next time you visit Shimla, do visit the Bhalku Rail Museum. It is definitely an ode to the history of Indian Railways !! Book your train tickets through Trainman app which offers zero Agent Commission and Payment Gateway (PG) charges. Download the Trainman App to check PNR Status of your ticket, Running Status, Train inquiry and many such exciting features.