It was the summer of 2011. I was at my Granny’s place for summer vacations. I used to watch late night horror movies with my cousins. One night after watching movie we all went to sleep. It was a silent night but suddenly it started raining. I woke up at 1 am, drank water and went back to sleep unaware of the fact that this sleep was going to give me the most horrendous dream. That night I encountered one of the most horrific nightmares of my life ever. 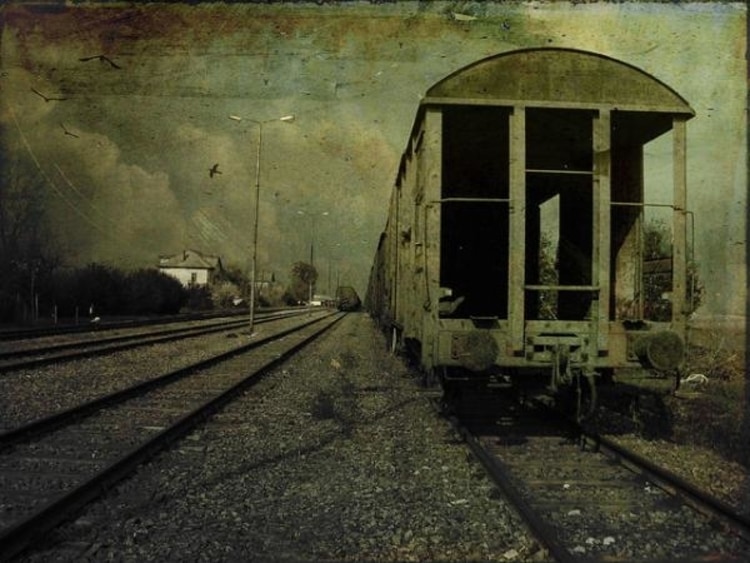 The Dream : I saw myself sitting at a wooden bench on a railway station. A guard got down from a train and started coming towards me, he looked creepy. Everything around was desolate. I stood up from the bench and started moving in opposite direction but then I realized he sat on the bench and is not coming after me. So, I went back and sat on bench that was next to him, but then he stood up and started roaming on the platform and kept looking at me without any reason. I was wondering sitting there what am I doing at this creepy railway station and where I want to go. I stood up in search of this answer and went to the ticket counter and asked for a ticket but I was unable to recall any place and tell him where I wanted to go, he gave me a ticket of a place which does not exist, yes, that place doesn't exist in the whole world. I looked at the ticket and realized the ticket was strange; it was not looking like a normal ticket. It was all so realistic and detailed. I saw the name of that railway station written on ticket and it was written in an unknown language. I boarded the train which was almost empty. The train went through a tunnel and suddenly I woke up and realized it was a dream that I just saw. I was freaked out for weeks thinking about the nightmare. It's probably not scary to the reader, but reliving that experience is.

The next morning I searched about some mysterious railway station on the internet and found out that a somewhat similar station belongs to the list of haunted railway stations in India. I got scared and was so intrigued that I researched and further investigated supernatural experiences at train stations, and what I found were plenty of stories that left me scared in my tracks. I found some of the most haunted railway stations of India.

These ghost stations are pieces of history, often with an eerie feel. We can think of the people and the places they may have been going when the stations were ‘alive’ and functioning. In some ways the stations still are alive; the platforms have a memory, and if we are very quiet we may experience what it must have been like back in time. So, here are the haunted stations of India that will surely leave you petrified and send chills down your spine:

1. Begunkodor Railway Station, West Bengal:
This station is located in a remote village of West Bengal’s Purulia district. The station is said to be haunted by the spirit of a woman in a white saree who was seen on railway platform as per the locals. The station was abandoned in 1967 when a railway employee gave an eyewitness report of his sighting of woman and weeks later, he was found dead, presumably murdered by the ghost. Begunkodor got this station by the Indian Railways in 1960. However the doomed station ran into unforeseen troubles and frequent haunting just 7 years later. According to the villagers, the employee after seeing the woman draped in white saree told people about it but they ignored him. The real trouble started when the dead bodies of the station master and his family were found in their quarters. Station was subsequently closed as railway trains stopped making halts here. 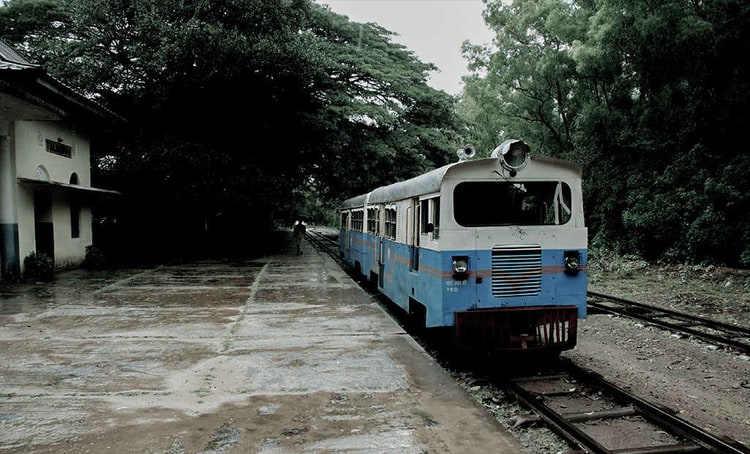 However again in 2009, reports were rubbished and disregarded by the government and the station was reopened in 2009 after being abandoned for almost 42 years. The railway station was reopened as passenger train halt by the former railway minister Mamata Banerjee. She said ,”I don’t believe in ghosts.” But the passengers continued to avoid using the station after sunset fearful of encounter with the ghost.

Though in December 2017, a group of nine rationalists spent a night at the station, and found no strong evidence of any ghosts or spirits. But the fear of this station is still deeply rooted in the hearts of the passengers. 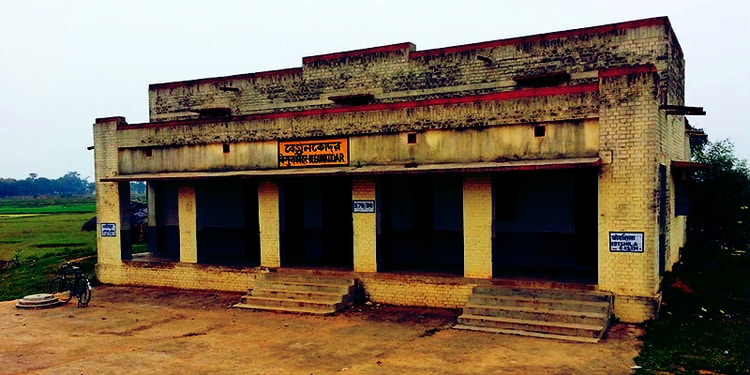 The Tunnel is said to be haunted by a British Engineer Colonel Barog who committed suicide after he was fined by the British Government for some miscalculation in engineering. Tunnel has a tragic tale behind this. Colonel Barog, the British railway engineer was assigned work of this tunnel construction. He started the mammoth challenge of digging tunnel no 33, the longest on this route (1,143.61 m) and one of the straightest in the world. 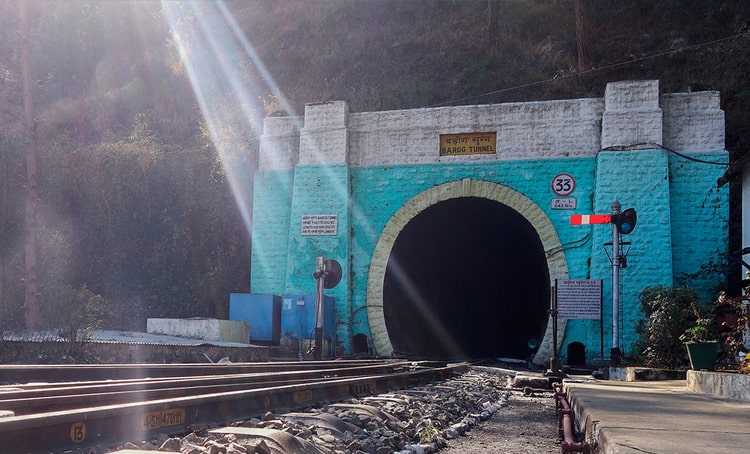 He made his calculations and ordered the crew to drill from both sides of the mountain. He had planned that both drillers would meet at centre and complete the tunnel. The crew kept drilling but could not come to the meeting point. In fact, their trajectories diverged. This idea of digging from the sides and converging at the centre failed. He was reprimanded and fined Rs 1 for wasting time and resources of the British government. He could not take the disappointment and felt humiliated. Weighed down by the despair, he decided to end his life. So he shot himself with his revolver inside the tunnel while taking a stroll along with his dog. He was later buried near the tunnel. Soon after haunting activities started happening within the tunnel. Many have felt presence of Colonel Barog within the tunnel. It is believed that he still lingers in and around the eerie and damp tunnel making his presence felt! 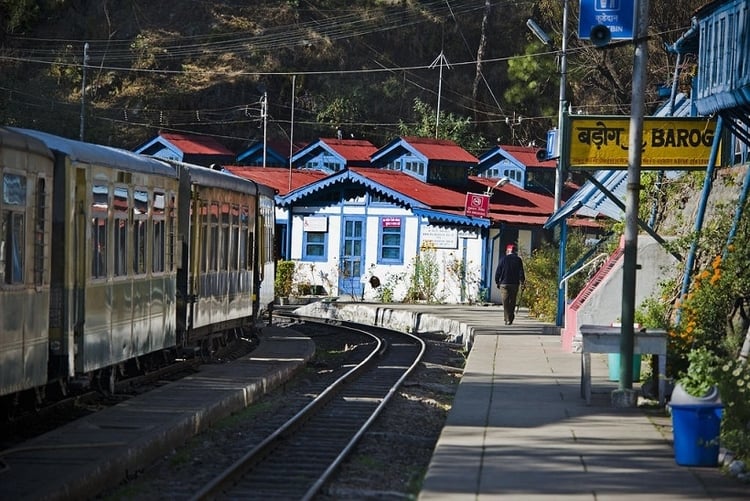 3. Rabindra Sarobar Metro Station, Kolkata:
Also known as the Paradise of Suicide, this metro station has witnessed 80 percent of all the suicides that take place on metro tracks. Suicide in Kolkata Metro has been a common thing of late, but it is quite weird that 80% of the suicides of all suicides in the City of Joy (ironically) take place at Rabindra Sarobar Metro Station which is one of the busiest metro stations. 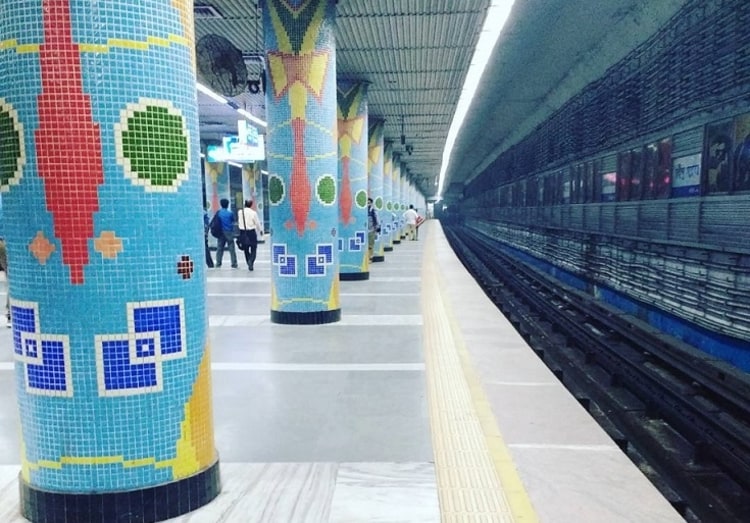 When it comes to haunting, there have been rumors of desolate figures appearing and vanishing in fraction of seconds. The last train is said to be haunted and people have seen eerie shadows and weird images moving and then disappearing in the gust of wind. Even some of the station attendants and train drivers have said that they have seen figures walking around aimlessly. Locals have also claimed to have heard sad screams and weird noises on the station at night. According to the locals, take the last train and you won’t see a single living soul at this haunted station. 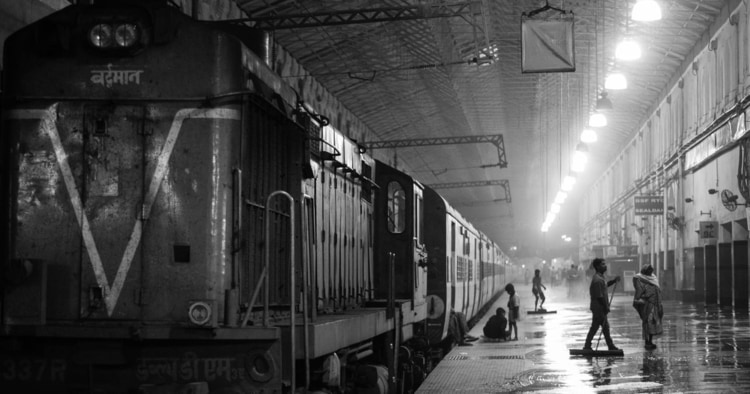 4. Naini Railway Station, Uttar Pradesh:
Naini Railway station is a satellite neighborhood of Allahabad in Uttar Pradesh. This station also comes under the list of the haunted stations of India due to its proximity to the Naini Jail which is not too far from the station. In the Naini Central Prison many freedom fighters-including Pt. Jawaharlal Nehru were imprisoned during the Indian independence movement. In this jail many freedom fighters were tortured and finally died.

Though there have not been much claims about any serious haunting in this place. But yes people have claimed to have felt the presence of spirits roaming around the roads and the track in the night. Locals have affirmed that there is something strange about this station during the night. 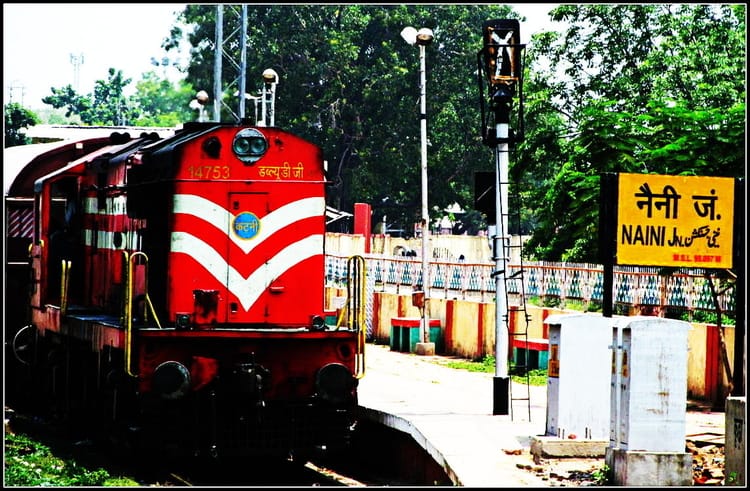 5. Dwarka Sec 9 Metro Station, Delhi:
Dwarka Sector 9 station is a metro station located on the Blue Line of the Delhi Metro. This metro station is one of the most popular haunted places in Delhi. People have experienced paranormal activities around the station. It is believed that after the death of a school girl in the area, the supernatural occurrences started. People have claimed that an invisible energy slapped them and an apparition of an old woman used to appear and vanish suddenly in the middle of the road. The incidents were first reported by the people travelling in call center cabs at night. They say, one can see a lady ghost travelling along with the speed of the car and suddenly she vanishes. People have also reported that while walking along the road near the station at night one can feel a shadow following them. There is a peepal tree in somewhere middle of the road near this station and that’s where the apparition is said to exist. 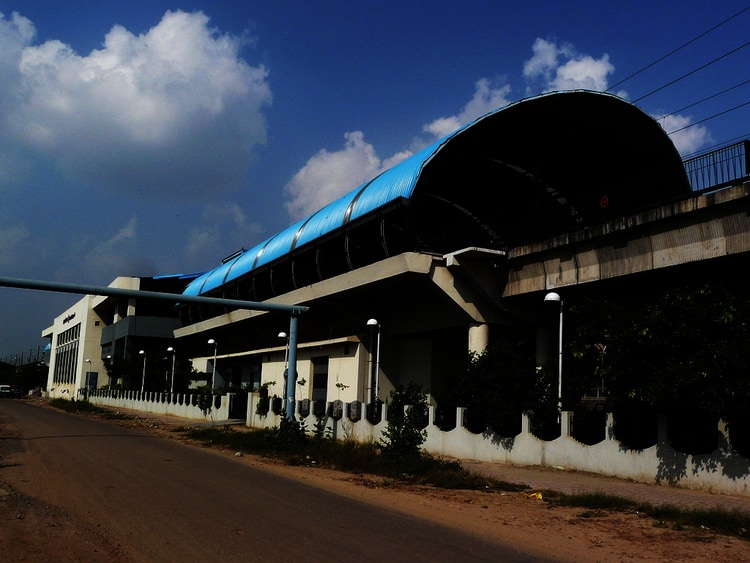 6. Ludhiana Station, Punjab:
Ludhiana Junction is a railway station located in the Ludhiana district of Punjab. Despite being one of the busiest stations of Punjab, there is a mysterious and spooky story related to it which makes it in the list of the haunted stations of India. It is believed that a former Computer Reservation System(CRS) Officer, Subhash, died in his room at station in 2004. That small room is the only place at the station which is considered to be haunted. People believe that it was his ardour for the job that didn’t let him leave this place even after death, and his spirit still lurks in that office of the Reservation Centre where he used to work. Rumors also say that whoever tried to sit in this room has faced serious troubles. 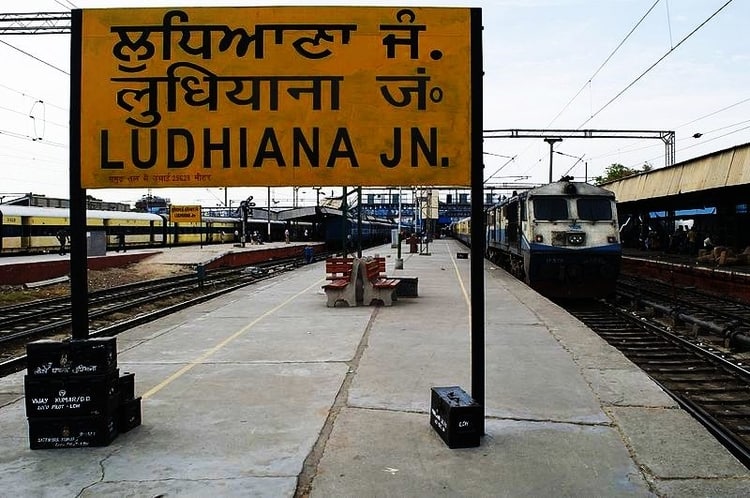 The stories associated with these stations are enough to give someone an eerie feel. After writing this article I’m sure and anxious that I will be soon witnessing the second part of the mysterious station nightmare as it seems that these stations have taken a toll on my mind! Have you booked tickets for any of these stations? If yes, check your PNR Status here.

This article has been compiled by studying various sources. We are not trying to create any rumors or defame any place by writing about it. Do you have any haunted train station stories? Tell us your tales in the comments section below!