Have you ever wondered at what speed Indian trains run? Well the average speed of trains is India is less than 80 kmph. It normally ranges between 55 kmph and 90 kmph. What if I tell you it will be possible to travel at 160 kmph or at higher speed in the coming few days.

Indian Railways is set for some massive transformation ranging from the speed of the trains, better delivery of services, privatization and super-fast trains. Therefore it is all geared up to introduce a couple of high speed trains in India. “Train-18” and ”Train-20” are the two trains that are soon going to be launched for the common man. Both the trains will be the fastest ever trains to run on Indian tracks as they are ready for operations in 2018 and 2020 respectively. These engineless self-propelled trains will replace the Shatabdi and Rajdhani Express trains on their inception for commercial use. Both the trains will be equipped with world class facilities and will have fully air conditioned coaches. The trains will not need a locomotive and will run on electric traction just like metro trains. Each coach of Train 18 and Train 20 will cost nearly Rs. 2.50 Crore and Rs. 5.5 Crore respectively which is 40 percent lesser as compared to the similar European coaches. The seating will also be more spacious when compared to other trains. It is expected to take Indian Railways to a league of world-class rail infrastructures. 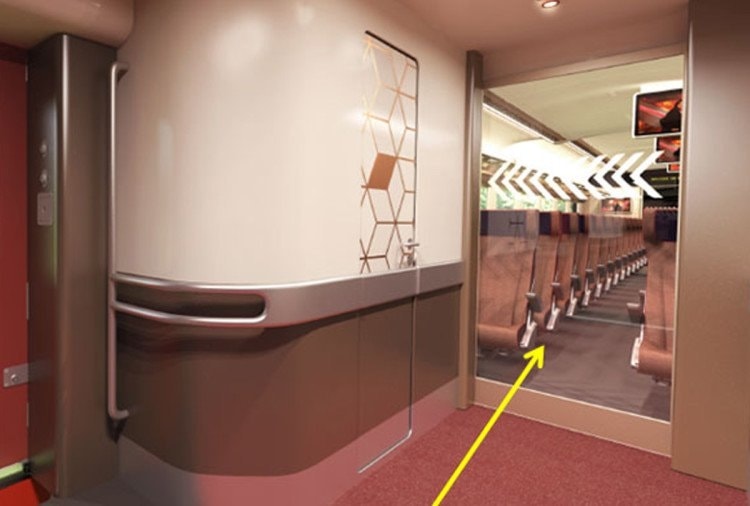 Indian Railways is many times outmoded in terms of speed, technology and safety and passenger comfort. Now along with some foreign rail experts, the Integral Coach Factory owned by the Indian Railways is developing indigenously-designed coaches using components fabricated in India. ICF is now going to be the creator of India’s first indigenous, high speed, self propelled train sets. Sudhanshu Mani, ICF general manager has stated that “This will be the first ever semi high-speed train that is being manufactured by Indian Railways on its own. The train set would be able to run at the speed of 160 km per hour, making it the fastest in the country”.

Train 18 is termed so as it will be launched this year in June 2018. It is a semi high speed train set that will be fully air conditioned chair car type and would replace Shatabdi Express. The train is expected to consist of 16 coaches and each coach will cost around Rs 2.50 Crore. It has hit a speed of 176 kmph in its trial run. This is higher than the current speed of India’s fastest train – Gatimaan Express that runs at 160 kmph.

The train structure will basically be that of the AC-Chair car type. The semi-high speed and self-propelled train is also equipped with world-class facilities like Onboard Wi-Fi, sleek modular vacuum toilets, continuous window glasses and automatic-plug type sliding-doors. The train has completed its test run. It is designed and manufactured by the Integral Coach Factory, Chennai. 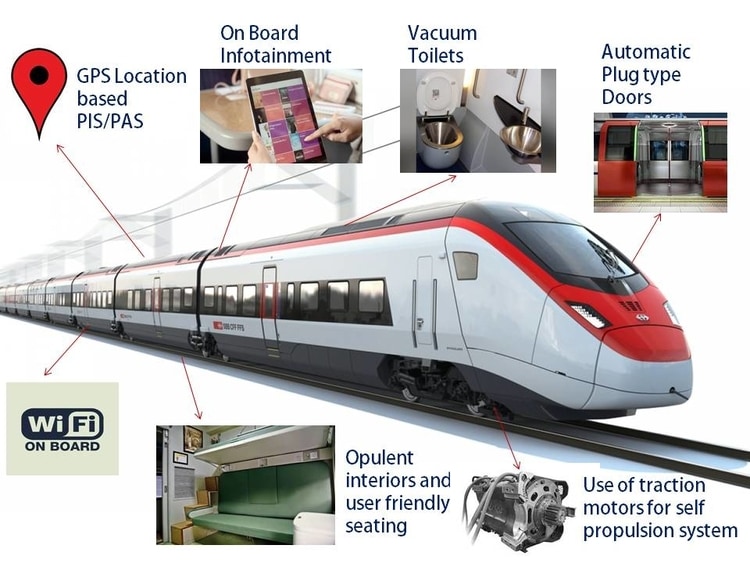 The Train is set to be fitted with State-of-art technologies and world class facilities. The train will have an aluminium body that is fitted with:

The cabins of the driver will be present on two sides of the train that will eliminate the need for reversal of the Engines. It will be equipped with under slung 3 Phase IGBT based propulsion system which is energy efficient. There will be traction motors underneath each coach which will make it self-propelled. The power will get distributed among all the coaches and will make it accelerate and decelerate much faster than conventional trains. This will reduce the friction and facilitate smooth travel. As this train will not need any reversal at terminals, it will reduce the overall travel time and save manpower and operating costs.

It will also offer comparatively more passenger space. All coaches of Train-18 will be inter-connected by fully sealed gangways. This will allow passengers to move from one coach to another with ease. The Train has been developed under the Prime Minister’s “Make in India” scheme.

Train-20 is codenamed so as it is aimed to be launched by 2020. According to the Integrated Coach Factory, Train 20 will be the upgraded version of Train 18. According to them Train-20 is aimed at achieving what Train-18 could not. It will have primarily a body of aluminium which is much lighter and more energy-efficient than stainless steel. ICF Chief stated that “Train-18” would be near world standard, “Train-20” will be world standard. Train 20 will be a sleeper-class type train for overnight travel and will look at replacing Rajdhani trains on the key routes. Train-20 is also a Make in India project as Train-18 but the first rake will come from abroad. Train-20 will be 100% world-standard. Rakes are to be manufactured by European giants Siemens, Bombardier, Stadler or Talgo which are now in the negotiation stage. 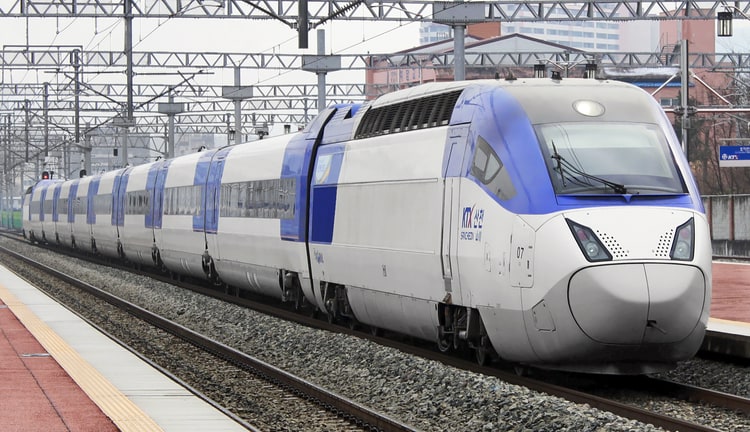 Train-20’s proposed facilities are similar to that of the Train-18. The train structure is designed in such a way that it runs for night-travel. So, there will be sleeper coaches attached in the train as well as the AC-Chair car type. It is made of Aluminium body replacing the Iron/steel body present right now. The Train-20 is still in the consultancy stage with the top trains-designer around the world and it is expected that the deal will be finalized soon.

It will also have under slung 3 phase self propulsion system which will make it energy efficient and there will be traction motors under coaches. The power will get distributed among all the coaches and will make it accelerate and decelerate much faster than conventional trains. This will help in cutting travel time.

Features of Train-20 will also be similar to that of Train-18. However some different features are:

The idea to develop these modern train sets was an upshot of the “Rail Vikas Shivir” that was organized by Indian Railways late in 2017. This also fits in with former Railway Minister Suresh Prabhu’s ‘Mission Raftaar’ that was announced in Rail Budget 2016.

The budget of the project for the making of these train sets is approximated around Rs.2500 Crore and is truly one of the most aspiring Make in India Projects. Sudhanshu Mani also stated that “We’ll be producing a record number of 2,500 rail coaches including 1,100 LHB coaches this year, which will be the highest ever for the ICF facility,”. 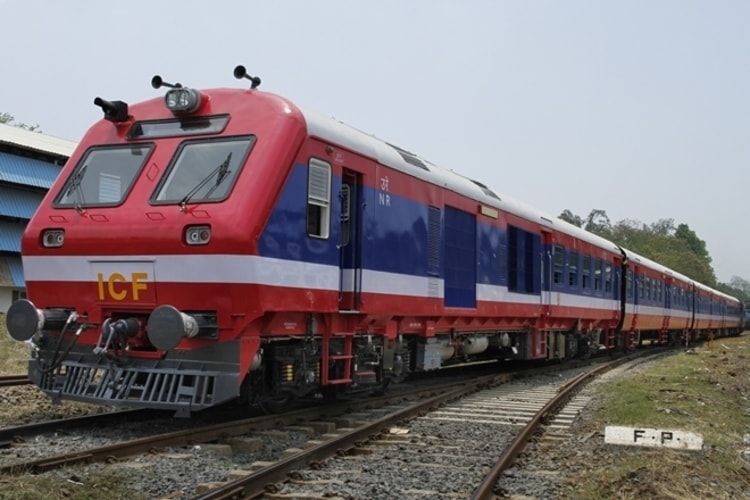 Integral Coach Factory is one of the earliest production units which was inaugurated by former Prime Minister Pt. Jawahar Lal Nehru on 2 nd October 1955. It was established in collaboration with Switzerland. With Train-18 and Train-20, ICF, one of the oldest rolling stock manufacturers owned by Indian Railways is going to get revamped with the upcoming technologies. The trains will also make a way for the modern equipments and robotics reducing the manual work to a great extent. Some challenges will occur when bringing these changes. The Support System for the new age coaches is one such. When a new system is introduced in an existing one, then rest of the ecosystem must be upgraded. The signaling needs to be upgraded, the tracks will need to be ready to handle higher speeds. It will surely be a formidable task for ICF.

Every rail enthusiast dreams that their train journey must be at par with the standards of other high speed trains running across the world. So, most probably trains of this sought will provide world-class facilities in reach of the common people and meet the necessities which we have been wishing from a long time. For now you can access trainman app to Check PNR Status, Train Running Status and much more at ease.