The northeastern part of India is known for its pristine lakes, green lush valleys, stunning scenic view at the backdrop and serene highlands. These are some of the key characteristics of the northeastern region but have you ever heard about the floating islands that are situated in Manipur? In this blog, we will be talking about the mystical floating islands that are located on the Loktak lake in Manipur. Loktak lake is one such unnoticed jewel in northeast India which is known for its inexplicable beauty and natural splendour.

Loktak lake is the largest freshwater lake in northeast India, located 39 km away from the capital city of Manipur, Imphal. It is a magical place that allures tourists and gives a visual delight of floating phumdis of different geometrical shapes. Do you know what Phumdis are? Well, phumdis are a series of floating islands that are made up of a heterogeneous mass of vegetation soil, and organic matter thus forming a solid mass. Phumdis are formed naturally and they keep moving across the lake. Localites use phumdis for constructing huts which are used for fishing and other means of livelihood. 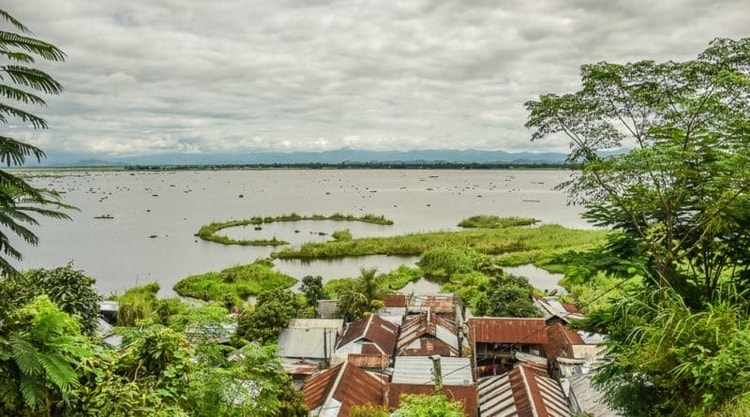 Since ancient times, Loktak lake has served as a source of hydropower generation, irrigation and drinking water purposes. This lake is a source of livelihood to over 100,000 people who live in the neighbouring areas. 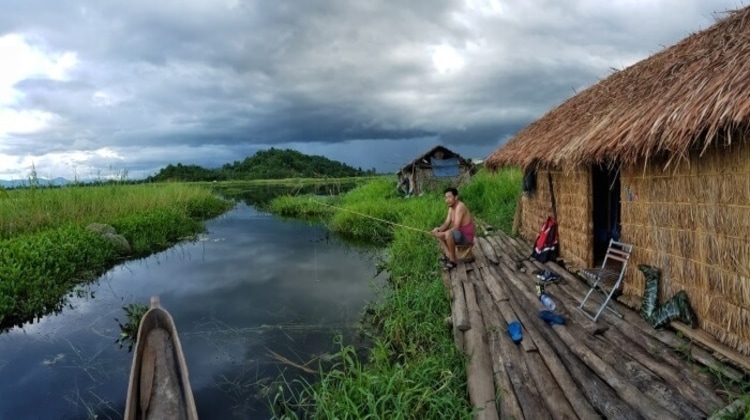 How to reach
Manipur, an enthralling place in Northeast India is well connected through all the modes of transport. The best time to visit the Loktak lake is from October to April. Here are the ways in which you can reach this scenic wonder.

By Air: The nearest airport for floating islands is Imphal airport that is 45 km away from Loktak lake. You can find several flights that operate from Silchar, Kolkata, Delhi, Aizawl, and Bangalore to Imphal. 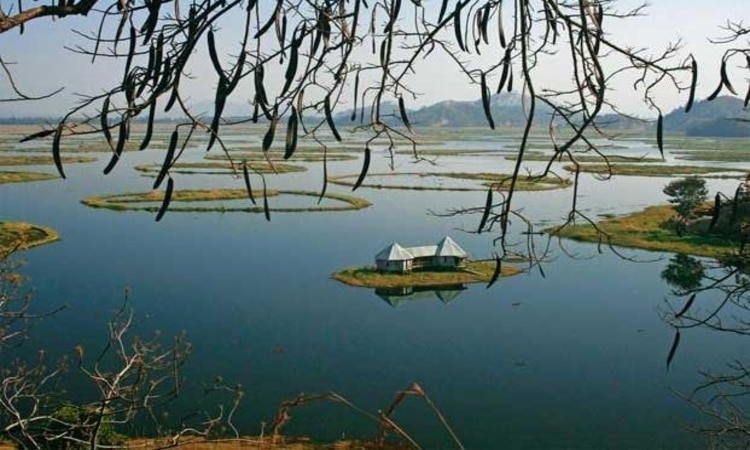 By Train: For train enthusiasts, the closest railway station is Dimapur (DMV) that is located at a distance of 215 km from Imphal. Here is a list of trains between New-Delhi to Dimapur. After that, you can hire a taxi that can take you straight to Loktak lake which is 256 km away from Dimapur.

By Road: If you want to travel to Loktak lake by road then there are numerous buses that ply from neighbouring states to Imphal. From there you can take a cab that would take you directly to the Loktak lake.

Floating National Park
One of the largest mass of phumdi lies in the southeastern part of the lake that covers an area of 40 square kilometres. This mass also comprises the world’s largest and only floating park, Keibul Lamjao National Park which houses several endangered species like Brow-antlered Deer (known as Sangai). The best time to visit the park is from 6 AM to 10 AM and between 3:30 PM to 6 PM as Sangai deer mostly come out this time to feed in herds. 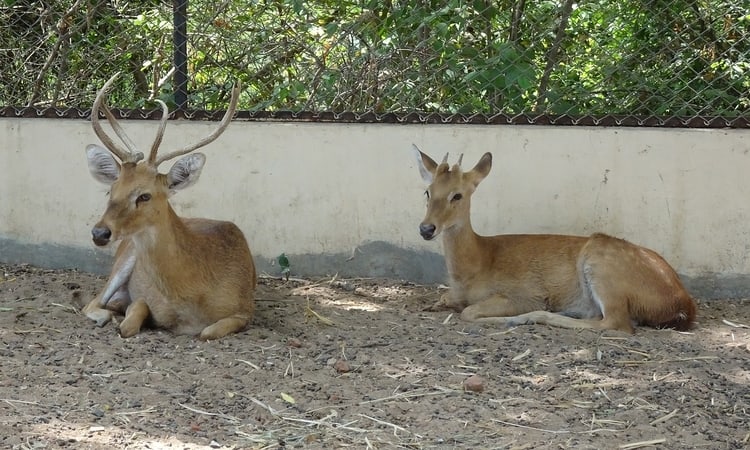 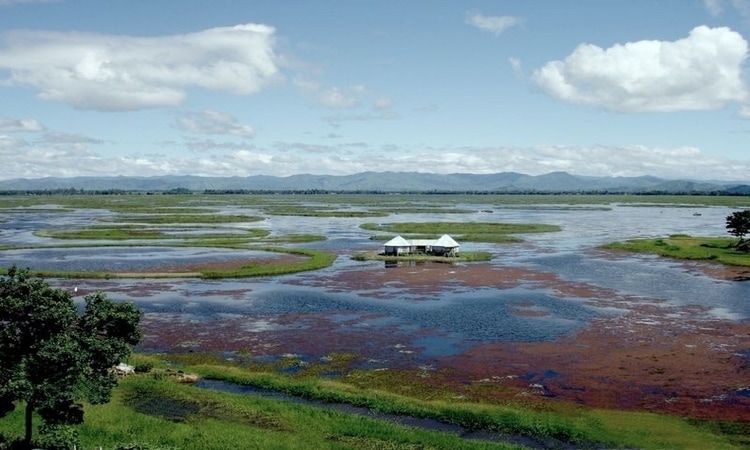 If you are bored with cliche destinations in India and want to explore a unique place then floating islands are a perfect option for you! For an easy-peasy experience, book your train as well as flight tickets instantly through Trainman app. Download Trainman App to check PNR Status of the ticket booked, Train between Station, Seat Availability and a lot more.