According to the Northeast Frontier Railway zone, the passenger train 05659 which was reintroduced on 29th August between Jiribam of Manipur and Silchar of Assam, will fulfill a long-standing requirement of the people of Manipur. The flagging off of the passenger train service was held remotely through a video link from Imphal. 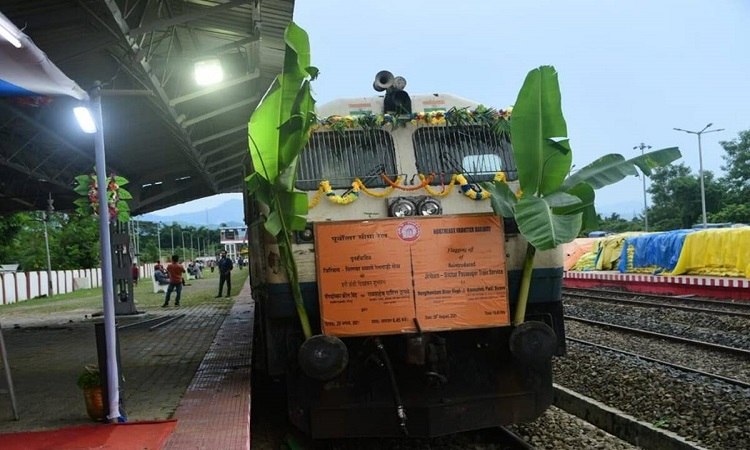 According to the Ministry of Railways, the re-introduced train passenger service between Jiribam and Silchar will offer the following benefits:-

Affordable mode of transportation will further ease of living and it will also provide better connectivity with the nearest big city of Assam.

While flagging off the train service, Chief Minister of Manipur conveyed through his address to the public, his keen interest in the development of Indian Railways’ infrastructure for the benefit of the people of Manipur. The Minister of State of Railways, Coal and Mine said that this Jiribam.

Silchar passenger train service will fulfill the cherished goal of enabling the people of Manipur to travel through Indian Railways to the rest of the country. Moreover, the NFR zone stated that the Minister of State of Railways Raosaheb Patil Danve and Manipur CM Nongthombam Biren Singh also discussed future plans of Indian Railways in the development of the northeastern state of Manipur.