Imagine yourself sitting in a fast speed train travelling from Delhi to Mumbai looking through the beautiful sceneries. Whilst you just finish off your coffee and read a couple of articles you reach Mumbai. Yes you heard us right! Indian Railways, is planning a new fast speed train. If a Shanghai Maglev train (Fastest train in the world) would be running between these two spots, you would reach your destination (Mumbai here) in less than 4 hours! Let's have a look on the fastest trains from around the world and check their speeds.

This is a magnetic levitation train that operates in Shanghai, China. The line is the first commercially operated high-speed magnetic levitation line in the world. It commenced its service first on Jan 01, 2004. This train has three-class, 574-passenger configuration. General fare of this train is 50 Yuan (Rs. 500 approx) for a single trip while 80 Yuan for a round trip which is valid for 7 days. It connects Long Yang Road Station with Pudong International Airport Station in China and covers a 30 Kms distance in roughly 8 minutes. Magnets on the track push and lift the maglev up in air by about one inch to six inches. So it actually fly above the tracks thereby maintaining top speed!!!

The CRH380 is the newest generation of Chinese high speed train, one of the fastest and most advanced production trains in the world. Launched in 2010, the CRH380 can be manually driven or set to use the on-board computers to drive the train. The 8-car version can carry up to 494 passengers along its routes from Shanghai to Nanjing and Shanghai to Hangzhou. Each seat in the train is equipped with a display, dashboard, reading lamp and power port. Rotating seats are installed throughout the compartment for the ease of the passengers. 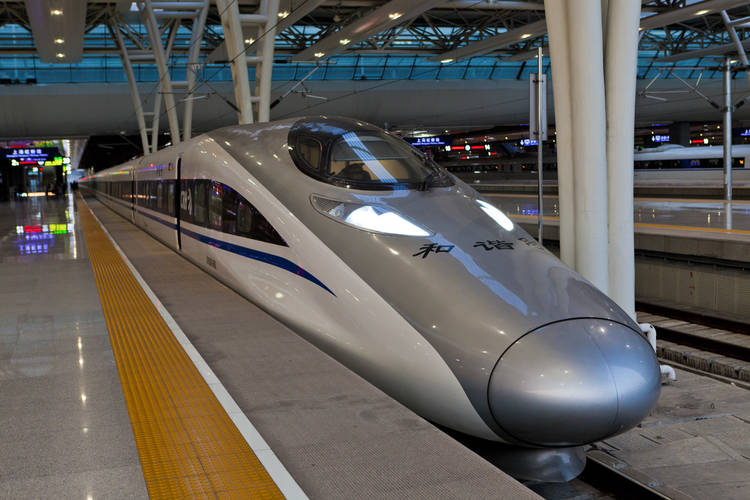 This is the most economic very high-speed train in terms of energy consumption and maintenance costs that makes it the third fastest train in the world. Designed by Alstom, the AGV (Automotrice a grande vitesse) is a high speed electric train, which commenced commercial service on the Naples-Rome-Florence-Bologna-Milan line in Italy in 2012. Its record speed is 574.8km/h. A wide range of optional equipment for passenger information and entertainment services is offered including Wifi, onboard Internet and a cinema car. This train has a capacity of 470-500 passengers and has approx 11 cars for a 200m train.

Talgo 350 was developed by Patentes Talgo (Tren Articulado Ligero Goicoechea Oriol) and manufactured by Patentes Talgo in collaboration with Bombardier Transportation. It is operated in Spain by the state-run railway company RENFE. Commonly known as El Pato (meaning The Duck in Spanish), the train has been operating on the Madrid-Zaragoza-Lleida section of the Madrid-Barcelona line in Spain since 2005. There are currently more than 46 operating trains of the series in the country.

Hop on board TGV and travel around France and to Brussels, Italy or Barcelona at 320 km/h! It operates to 149 destinations across the country, with various connections to neighbouring countries. TGV is considered the fastest way to visit various regions of France and Europe. There’s no weight limit for luggage on the train. While on board, have a drink, make a phone call or add the finishing touches for an upcoming meeting…With a power outlet at your seat, watch a movie or charge your phone while you travel. TGV trains offers food service, featuring a wide selection of snacks, sweets and full meals to satisfy all your cravings. TGV tickets are open for booking 90 days ahead. 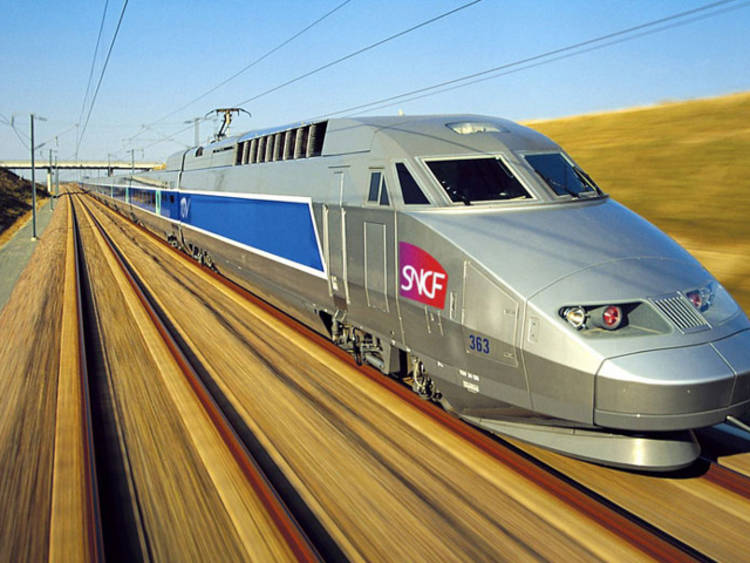 The 15-m long nose is designed to alleviate explosion-like sounds generated by a train passing through a long tunnel. The Tohoku Shinkansen (bullet train) line extension to Shin-Aomori station was completed in December 2010 and started its commercial service from March 05, 2011, making it possible to travel from Tokyo to Shin-Aomori in just over 3 hours! Japan Rail Pass is valid for this route. The new "GranClass" level of service provides passengers a high-quality and roomy private travel space and high-end service unprecedented in the railroad world. 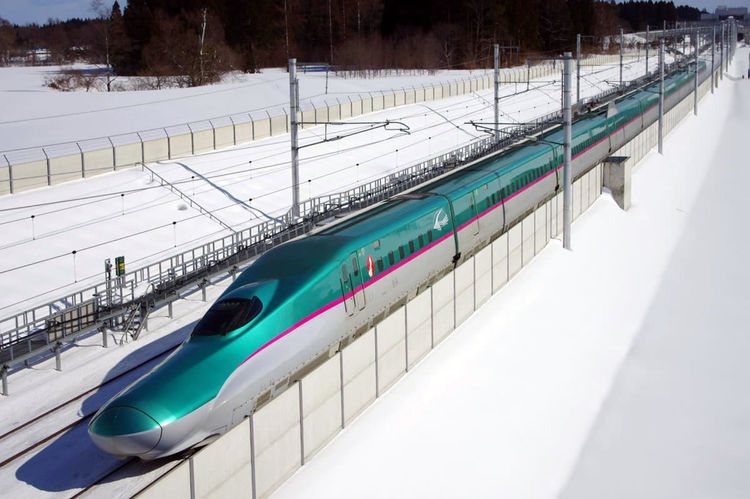 KTX is a South Korean high-speed train built by Hyundai Rotem. KTX takes passengers from downtown Seoul to downtown Busan faster than an airplane (including check-in time), makes fewer stops and is more expensive than other trains. It carries just over 360 passengers at a time. An additional line to Incheon International Airport has recently opened, allowing passengers to travel directly to other cities without having to change in Seoul Station any more.

The British rail Class 373 Eurostar travels between Paris and Brussels, running under the English Channel, with a stop at Disneyland Paris. It also operates seasonal routes to Avignon and the French Alps. It started its operation is 1993.

It is the high-speed electric multiple unit trainset derived from the Japanese Shinkansen family for Taiwan High Speed Rail (THSR), Taiwan's high-speed rail line. It started its services from Jan 05, 2007. The THSR 700T can move nearly 1,000 people through Taipei and the city of Kaohsiung. It runs between Taipei and Kaohsiung and covers a distance of 345 Kms at a max operating speed of 300 km/h.