Seems like India is known for its varied culture which is distinctive from each other. People inquisitive about the historical traditions in India must check out the native places to experience the rich culture and heritage of India. Indian culture beholds varied languages, culture, architecture, food, cuisine, art, architecture, etc. Everything about India is so mind-boggling and different like, at one end there are snow-capped peaks and glaciers and another side there are lush green valleys and chaos of the bazaars. It is a hub of diverse cultures and people.

Here are some of the exciting places which will definitely give you myriad shades of India’s culture and heritage.

Explore the Western Ghats
If you have never been to the western part of India, Maharashtra which is known for its hills, Shivaji’s forts, valleys, folk, art, and literature. Then, it should be in your to-do list while planning for the trip next time. One must not miss the artistic attractions, Ajanta and Ellora Caves. Mumbaikars celebrate almost all festivals. The innumerable festivities celebrated here are, Ganesha Chaturthi, Nag Panchami, Makar Sankranti and Gudhi Padwa to name a few. If in the city, try the local lip-smacking street food like Vadapav, Pani Puri, Bhelpuri, Dabeli, etc. Amidst the historic glimpse of Maharashtra and chatpata local cuisines and tap your feet on the lavani folk dance. 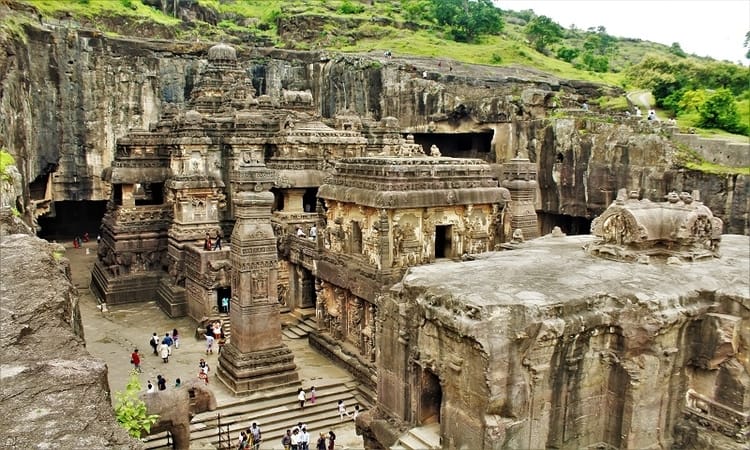 The grandeur of the Dakshin
This place is for people who would like to take a tour of the ancient architecture and heritage houses along with a buzz of traditional folklore and art. Dakshinachitra is a historical museum in Tamil Nadu which is located 25 km to the south of Chennai. It is open since November 14, 1996, and managed by Madras Crafts Foundation. It gives you a perfect picturesque of the South Indian lifestyle. Inside the museum, one must try their hands on pottery making which will take you back to the traditional days!! Muttukadu lake is also one such place offering water sports, speedboat rides, windsurfing, water skiing. It can truly be an engaging trip by spending some time in the aura of nature. 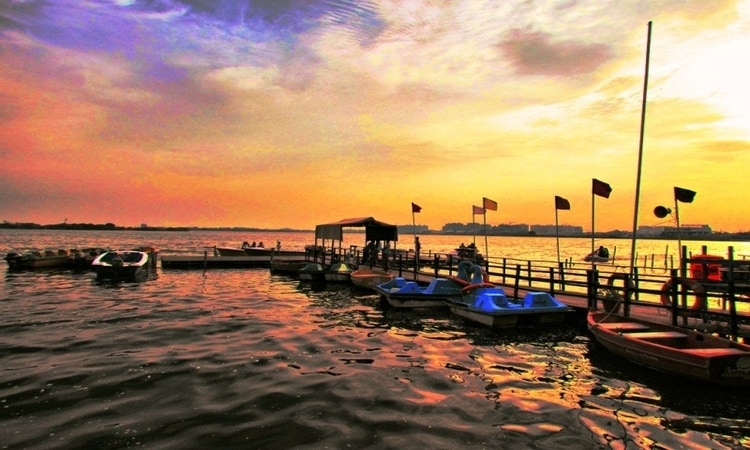 First Heritage City Ahmedabad
The city has its own charm which is situated on the banks of Sabarmati river, well known for its diverse culture. The moment you visit this place, it will have a special place in your heart. You will be amazed to see the zeal and enthusiasm among people for Garba and Dandiya which takes place during the Navratri. Local people often call this city as “Amdavad”. The best of the Jain and Hindu Islamic architecture lies here.

The Charkha has been popularised from this city. Every year, one of the famous festivals Uttarayan is celebrated on January 14 as the Kite flying day among the localite. One should also visit the Sabarmati Ashram where Mahatma Gandhi spent 12 years of his life. It is the first city in India which is bestowed with the title of India’s first heritage city by UNESCO in 2017. 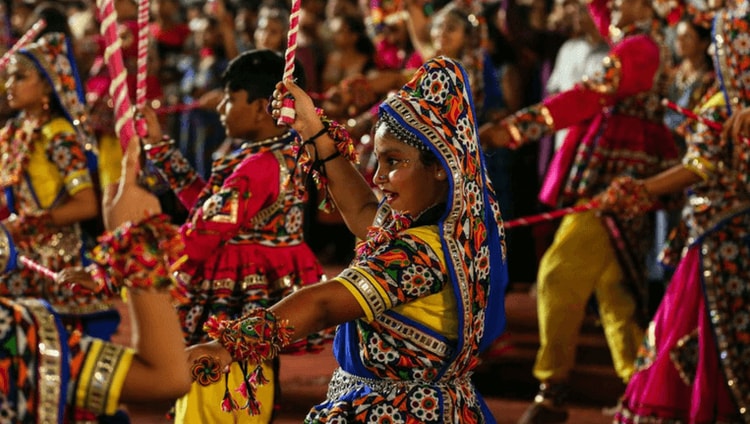 City of Joy Kolkata
In ancient times, this place was known as the cultural capital of India. This city is popularly known as the birthplace of artistic, cultural and literary thoughts. Here you can relive the moments of being in an ancient city with trams as public transport, buses with the wooden window panes, hand-pulled rickshaw based solely on the manual labor, etc. One of the best times to visit this place is during Durga Puja. The air during this time is full of festivities and pomp. The pandal hopping and walking on the streets of Kolkata along with its mouth-watering rosogulla, puchkas, mishti doi, luchi and aloo dum has altogether its own charm. To experience the diverse culture in India, it is one of the spectacular places to go. 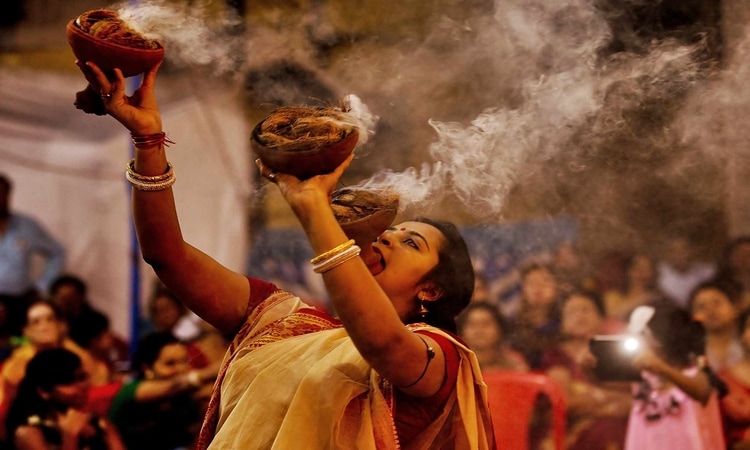 Nawabs of Lucknow
It is an amalgamation of the culture of both Hindus and Muslims and also which is rich in architecture. The pleasing nature of the people of Lucknow depicts the traditional values on the land of nawabs. The city is splendid with beautiful gardens, cuisine, shayaris, literature, and poetry. The food specialty reflects the rich culture of Lucknow. Some of the delectable dishes are Rogan Josh, Lucknow Biryani, Tokri Chaat, Malai ki Gilori, Kebabs which is famous across the globe. Also, it is the home of the dazzling zardozi work and chikan embroidery. The Lucknow Mahotsav is one of the famous festivals celebrated for 10 days in November - December which signifies the rich culture and heritage of the Awadh city. Now, you know why Lucknow is distinct from other cities in India. 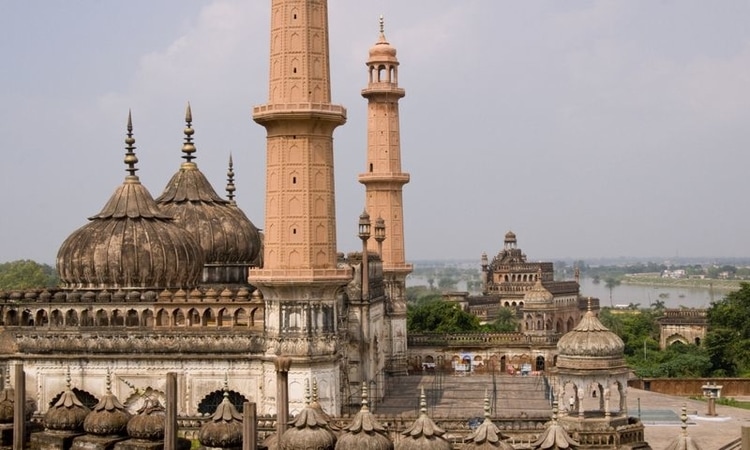 Magnificent Rajasthan
Nothing can beat the grandiose of the Rajasthan in terms of its rich evergreen culture. Ranging from colorful dresses to their folk music and dance forms like ghoomar and kalbelia, it is a perfect blend of the contemporary style with countless historical places. It is known for forts that you just cannot miss, deserts, folk art and numerous festivals and fairs which takes place throughout the year. In the historical times, it has been ruled by the Rajputs which has resulted in the existence of the palatial forts and architecture. The famous food which should be on your list when you are in Rajasthan is, Dal Baati Churma, Kachoris, Ghewar, Gatte ki sabzi, Balushahi. Lately, it has also emerged as one of the sites for destination weddings. 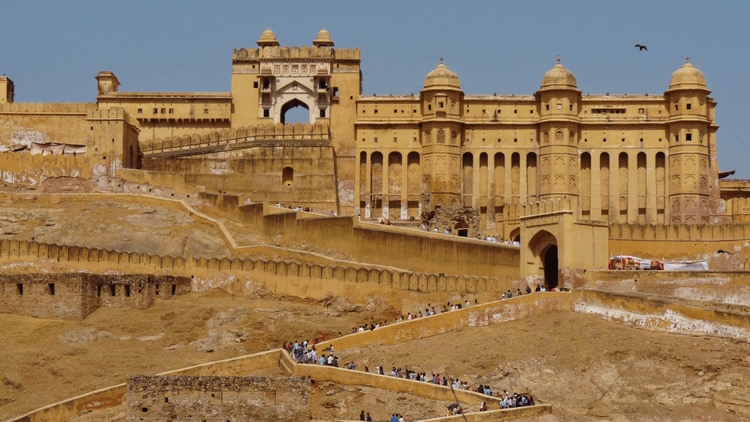 Krishna Janmabhoomi Mathura
Mathura is the divine place in Uttar Pradesh which is the birthplace of Lord Krishna and lies on the banks of the river Yamuna. It is famous for its scrumptious milk products like lassi and butter as lord Krishna is known as the Maakhan Chor. One of the most famous dance forms is Rass Leela in which he dances with Radha and Gopis. The birth of the Krishna took place in a prison cell which later got converted into a temple. Every year millions and thousands of people visit this place to know its significance. It is one of the important pilgrims for the Hindus which is known worldwide. Some of the famous festivals which are celebrated by the people out there with ardour are Holi, Janmashtami (Lord Krishna’s Birthday), Radhashtami and more. 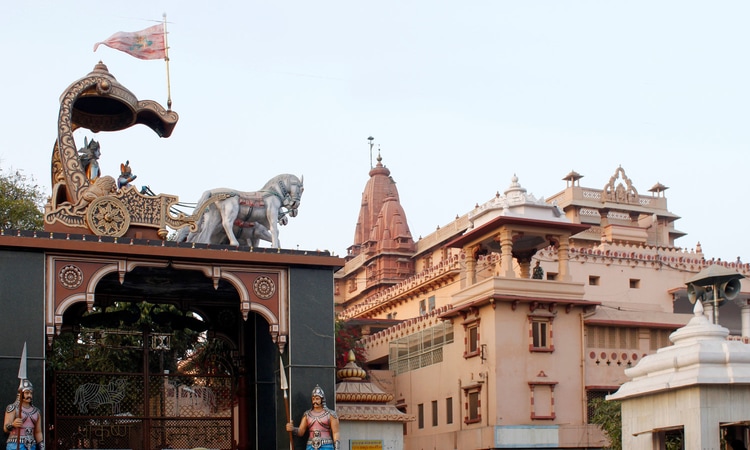 Let us know in the comment section if you have ever been to these places. If not, then book your tickets through trainman app, experience the cultural heritage of India and share your experiences with us. Download Trainman app and check the running status, PNR Status of the booked ticket, Train status, Seat availability and much more.