Rivers are the living entities in the lives of humans. India is a dreamy place, it is a peninsular country which means that the landmass of India is covered by water on three sides and the remaining one side has land. Isn't that amazing? Majority of the cities in India are located on the banks of the river. River water is not only used for religious purposes or to carry out day-to-day activities but it is also a means of livelihood to the people across the nation. As per the Hindu beliefs, rivers are associated with the mythological significance but in spite of all of this do you think that are we able to maintain the rivers? In this article, we will take you on a tour and tell us about the important rivers which form the backbone of the Indian Subcontinent.

Ganga
Ganges river flows through India, Bangladesh and further gets emptied into the Bay of Bengal. It is considered as a holy river as per the Hindus. On the journey back home, people often carry a small quantity of river water which is known as Ganga Jal and then use it for ritual purposes. Several provincial towns are located on its banks such as Patliputra, Kannauj, Kara, Kashi, Allahabad, Murshidabad, Kolkata, Bahrampur and Kampilya. 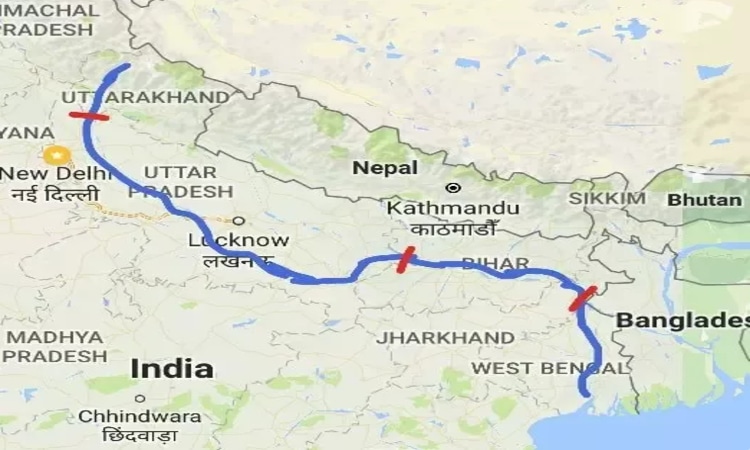 It’s been more than a decade that Ganga is severely polluted by humans as well as animals which have led to a menace to the environment and human health. Shri Rajeev Gandhi who was the Prime Minister of India launched the Ganga Action Plan to combat pollution. This action plan was a failure due to lack of awareness, meager contribution of religious authorities, expertise and lack of determination among government. 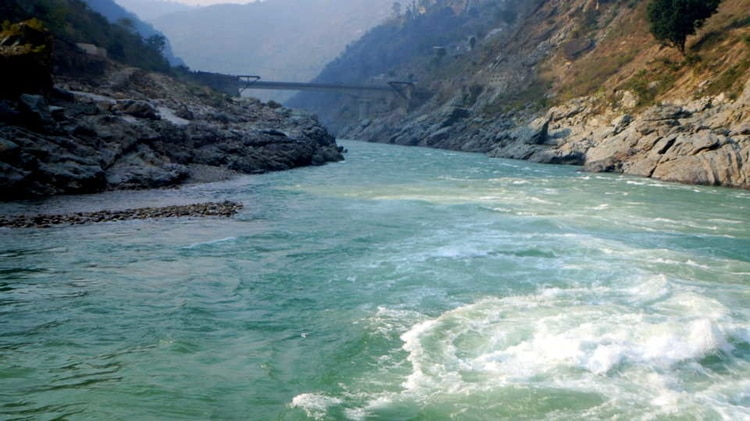 Yamuna
The other name of Yamuna is Jamna, which is the second-largest tributary of Ganges. It originates from Yamunotri glacier that is situated in Garhwal Himalayas and further combines with Ganga in Prayagraj, Triveni Sangam where Kumbh Mela is held in March-April (as per the hindu calendar in Chaitra month) that takes place in a time span of 12 years. 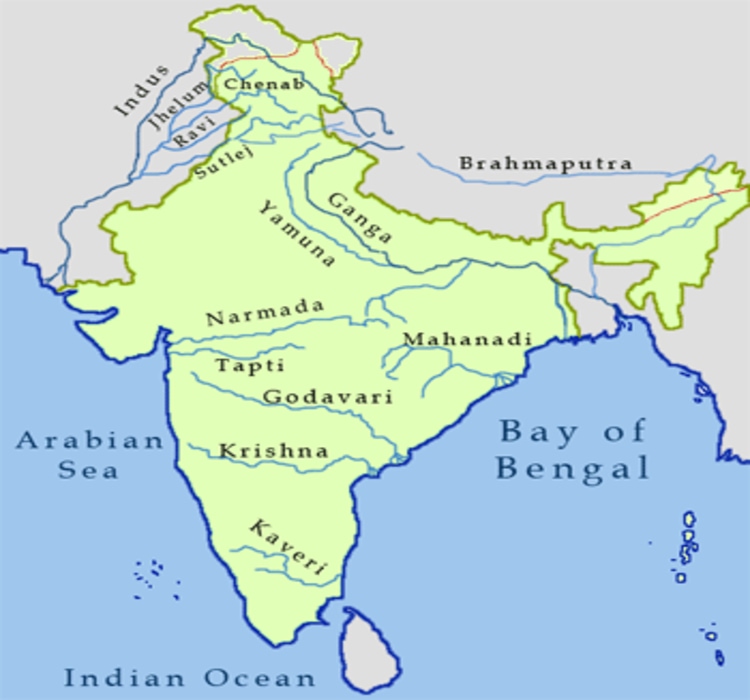 It flows through the borderline of many states like Haryana, Uttar Pradesh, Uttarakhand, and Himachal Pradesh. The cities from which Yamuna flows have witnessed rapid growth and industrialization due to which it was threatened with Biochemical Oxygen Demand (BOD). Most of the pollution in the river is caused by soil erosion, household activities, and disposable sites. If we talk about the Delhi NCT (National Capital Territory) region, the total waste accounted in Yamuna is 58%. Through this, it is evident that a major part of the river is polluted downstream region. 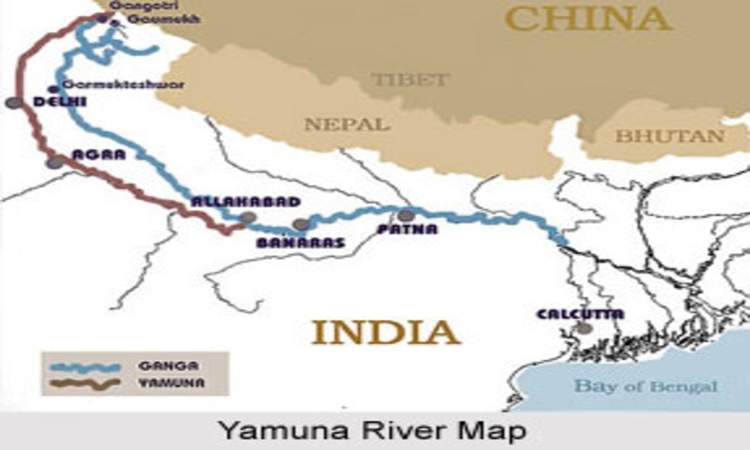 Indus
One of the longest river in Asia- Indus is also known by the name Sindhu that arises from Tibetian Plateau which is near Mansarovar lake and amalgamates in the Arabian Sea. Some of its major tributaries are Zanskar is its left bank tributary and in plains it is Panjnad which further distributaries in five crucial rivers .i.e. Ravi, Beas, Chenab, Jhelum and, Satluj.

Its primary right bank tributaries are Shyok, Gilgit, Kabul, Kurram, and Gomal. Indus is not only vital for India but also strategically important for Pakistan. There have been several issues that escalated after India became free from British rule like diversion of river water, reduction of flow of freshwater, industrial waste, deforestation, river dolphins, etc. 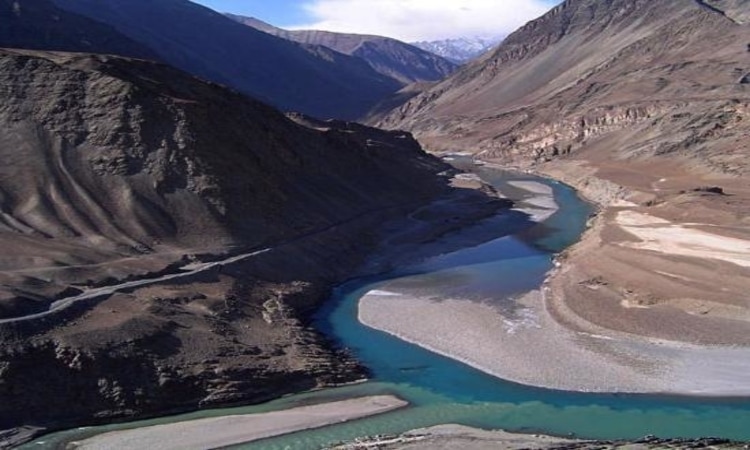 Brahmaputra
It is a cross border river which flows in Indian, Bangladesh, and China that rises from Mount Kailash, Mansarovar lake and in the end it unites with Padma (Another name of Ganga). After that, it is known by the name of Meghna before it gets emptied in Bay of Bengal. 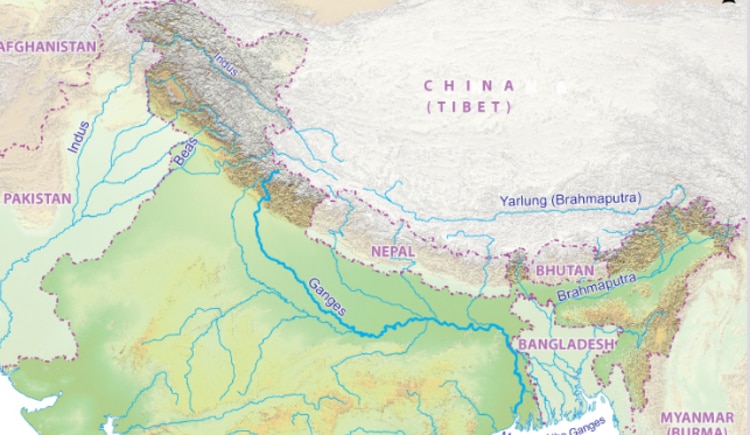 It is an important river as it provides irrigation and transportation. During the time of snow melting, Brahmaputra (which is also known as Tsangpo) is vulnerable to adverse flood-like situations. In the past two and a half centuries, this river has enormously changed its course. Change in the river course has resulted in soil formation process, acidification, uneven level of water, localized breakwaters, to name a few. 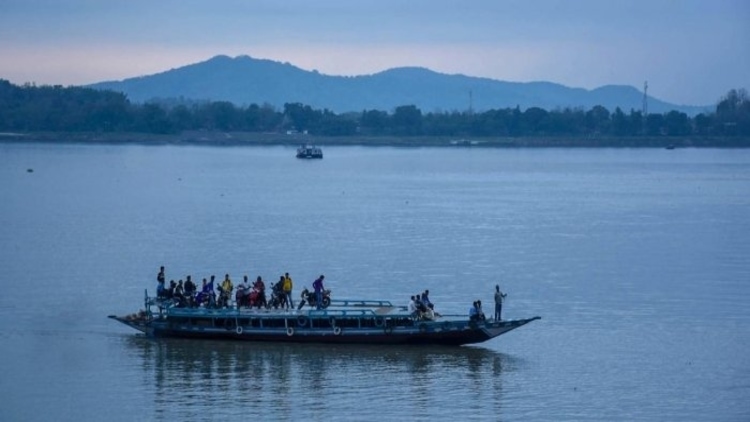 Mahanadi
The name Mahanadi is a combination of two Sanskrit words Maha meaning great and Nadi means river. One of the important rivers in Central India that flows in Odisha, Chhattisgarh and also famous for Hirakud Dam. Till now, the researchers are unable to find the precise source of Mahanadi. During the first 80 km, it flows in a northerly direction and Raipur. It is a narrow river with a width of 500-600 meters. 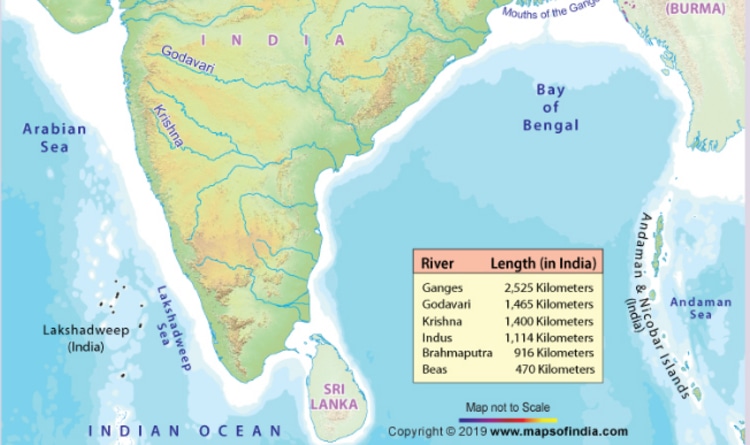 It is also known as “Sorrow of Odisha” as it creates a devastating flood-like situation. Although with the construction of a dam flood situations have been altered. In times of heavy rains, large scale flooding is seen at banks. It is an important river for Odisha as it deposits maximum silt in the entire Indian subcontinent. 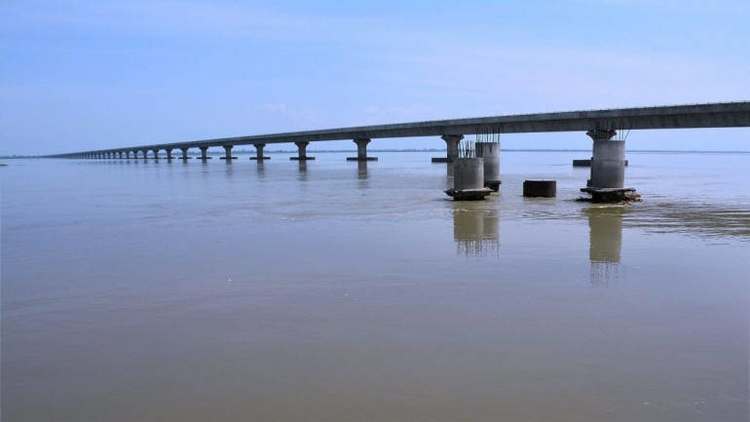 Godavari
Godavari is the second longest river after Ganga. It passes from Maharashtra, Telangana, Chattisgarh, Andhra Pradesh, Odisha and merges into Bay of Bengal. One of the major concerns associated with the river is that it gets dried up in the summers. 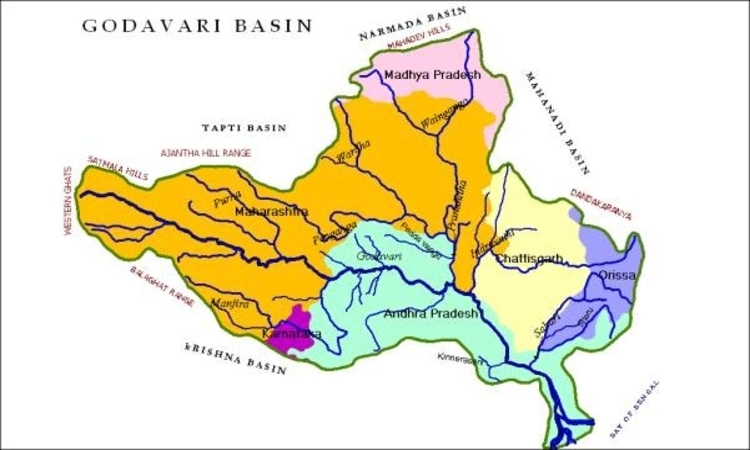 Extensive damming and sugarcane plantations has resulted in the rise of such ecological concerns. People have also faced instances when the water level was so low that they could easily take a walk in the river. All of this has ultimately resulted in a drastic change of delta, devastation of mangrove forests, alkaline water, soil erosion and many other issues. 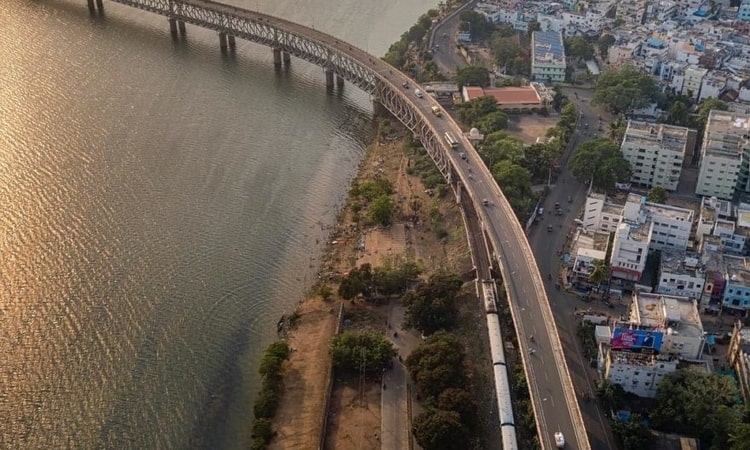 Kaveri
Some people also call Kaveri by the name Cauvery which flows in South India, Karnataka, and Tamil Nadu. It emanates from Western ghats and gets emptied into Bay of Bengal. It forms up the maximum fertile delta region in the country. This river is widely used for irrigation purposes and to generate hydroelectricity.

In the past there has been serious dispute regarding the sharing of river water between two states Tamil Nadu and Karnataka. As per the inflow of water in Karnataka it was demanding more share of water. According to the final verdict of the supreme court on February 16, 2018, Karnataka has been granted with more river water. 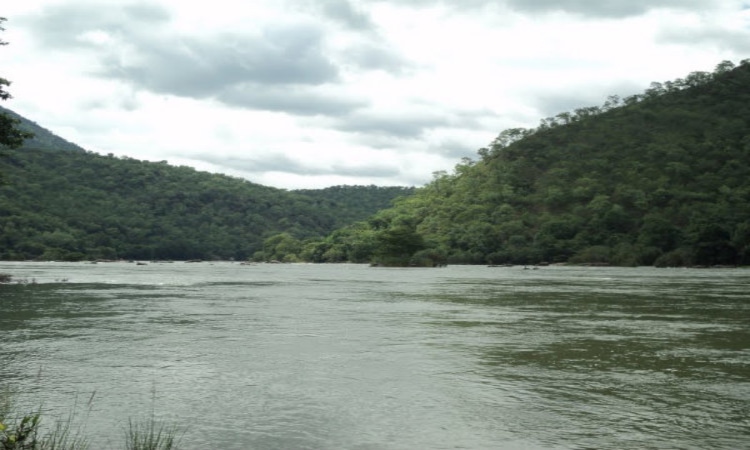 Krishna
After Ganges, Krishna is fourth-biggest with respect to water inflow and river basin area. It is a crucial source of irrigation for the states like Andhra Pradesh, Maharashtra, Karnataka and Telangana. It rises from Mahabaleshwar near western ghats and empties into the Bay of Bengal. As per the mythological significance it is considered as a sacred river. It is believed that if you take a dip in this river water then it said to remove all your sins. Many pilgrimages can be seen on its river channel in Maharashtra, Karnataka, Andhra Pradesh, and Telangana. 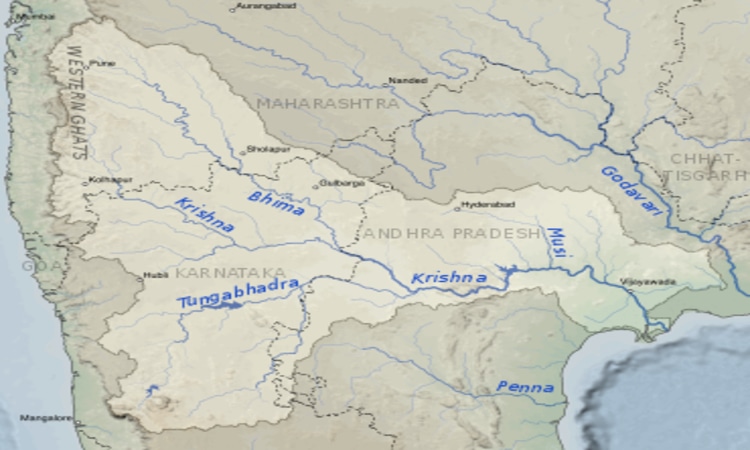 It is also rich in flora and fauna. Mangrove forests in Krishna estuary is proclaimed as Krishna Wildlife Sanctuary. It is home to a large number of species and migratory birds like blackbuck, spotted deer, sambhar, snakes, lizards, fishing cat, jackals, etc. 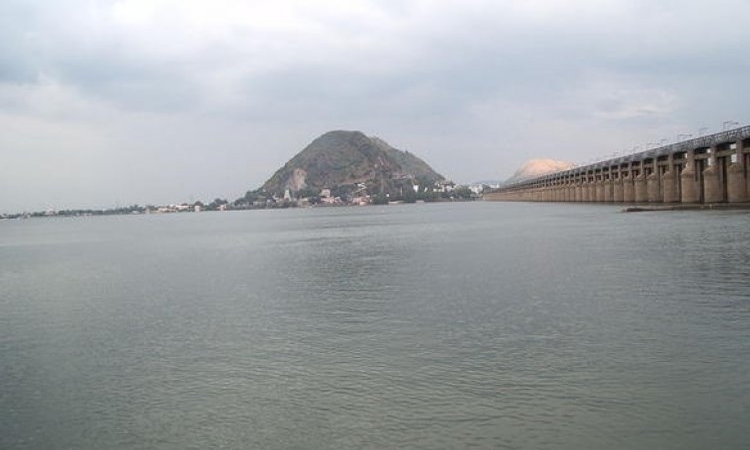 The list of rivers is on and on…!! Merely saying that rivers are the lifelines will not save them from pollution. In this blog, I have tried and covered some of the most important rivers which further spreads in the whole of India with its tributaries and distributaries. We hope that you enjoyed reading this article!! Now it is high time that we all must realize the importance of rivers and take requisite steps to review them.

Well, now it is the time that you must plan a trip and see important rivers in India. Book your train tickets online through Trainman app. Go on and download Trainman App to check PNR Status of the booked ticket, Train Running Status, Seat Availability, Train inquiry and much more.