Recently, Indian Railways announced that the Delhi-Lucknow Tejas Express would be the first train to be operated by private players. And now it has been reported that India’s first private train which is to be run by IRCTC might provide a refund to passengers if the train gets delayed by more than an hour.

In a significant move, the railways are looking to run the Delhi-Lucknow Tejas Express and the Ahmedabad-Mumbai Tejas Express as the ‘private trains’ which are said to offer world-class comfort and facilities to the passengers. As reported by Financial Express Online, even as the first ‘private’ train, the Delhi-Lucknow Tejas Express gears up to begin operations by September-end, IRCTC will provide an option of ‘payouts’ in case the train is delayed by over an hour, said by a senior IRCTC official. 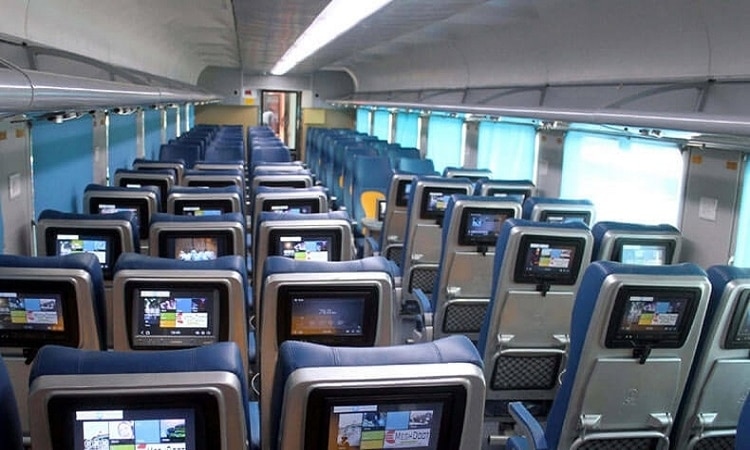 He further stated, “We are finalizing plans to run the Delhi-Lucknow Tejas Express and one of the things that are under consideration is to give some compensation to passengers for train delays. The compensation can be in the form of some credit to their e-wallets or a concession for future travel etc”

IRCTC is planning to offer extra meals on the Delhi-Lucknow Tejas Express. “Nothing is finalized as yet, but the idea is that by the time the train will reach Delhi and Lucknow, it will be time for a second meal. So, at the time of arrival at the terminal station, we are looking at distributing a snack-style meal,” the IRCTC official said. Additionally, the Delhi-Lucknow Tejas Express will also have tea/coffee vending machines and passengers can get the beverages on demand.

It has also been reported that the new Tejas Express train will have an airline-style toilet model which means that there will only be two toilets per coach, available for the passengers to use. “It is a day time journey and airplanes also have only three toilets for over 150 passengers. In case of the Tejas Express, it will be two toilets for 72 passengers. This will help increase our storage space as the third toilet will be blocked out,” the official said. This step will free up space for service and better management of food as it will eventually increase the storage for meals and will also reduce the cost of onboard cleanliness. 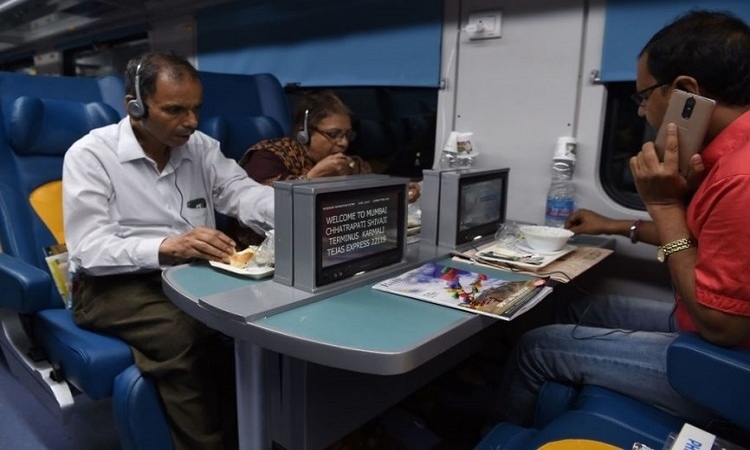 Fares for the Delhi-Lucknow Tejas Express are expected to be on the lines of the Shatabdi Express, though Railway Board has given IRCTC the freedom to decide the ‘flexible’ ticket prices. It is reported that the train Tejas Express might leave Lucknow at 6:10 AM to reach New Delhi at 12:25 PM. On the return journey, the same day, the train might depart from New Delhi at 4:30 PM to arrive in Lucknow at 10:45 PM. The new Tejas Express trains are expected to get Shatabdi-style priority clearance to ensure on-time operations. 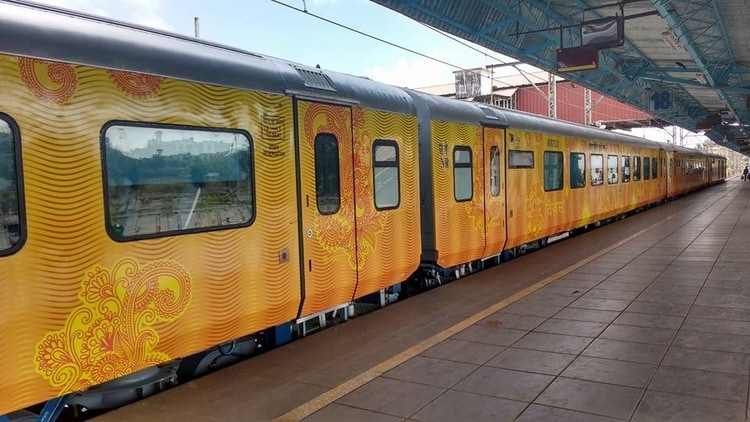 There are also plans for free travel insurance of Rs 50 lakh with the Tejas tickets apart from a burglary cover for your home while you are on the train. “There are multiple offers from insurance companies. We are looking at them and the suggestions that are coming,” the PSU executive said.

The new Tejas Express train will have 23 chair cars and executive class coaches. The first Tejas train is running between Mumbai and Goa since 2017.

As part of the 100-day action plan by the Railway Minister Piyush Goyal, the privatization of trains may prove to be a game-changer for the railways. For your one-stop solution, Book your train and flight tickets easily through Trainman app. Download Trainman App to check PNR Status, Seat Availability, Train Running Status, Train between Station and so on.