Currently, Australia is experiencing one of the worst seasons of the bushfire burning. With record-breaking temperatures and extreme drought, these deadly wildfires are showing no signs of stopping. Fires in Australia have been seen since September which has led to the death of many people, thousands are left stranded (homeless) and death of millions of animals. As the fire has widespread in all the parts of Australia, there has been extensive media coverage both nationally and internationally. In this article, we will tell you everything about what is happening in Australia, climate change, its result and much more.

Australia Wildfires
Bushfire is not something that Australia is experiencing for the first time but yes, this year it is worse than normal. Usually, fire is caused by lightning or through spark. At times, it also starts deliberately. When fire starts deliberately, it stops with the passage of time. 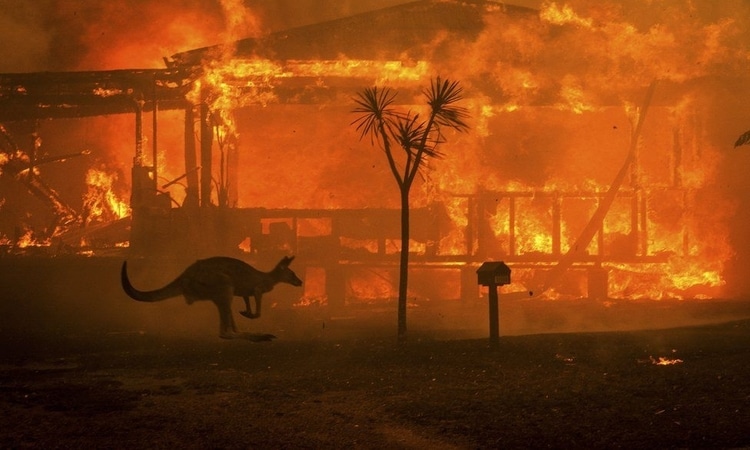 This time, almost all the parts of Australia have witnessed the fire in the summer season. But severe fire is seen in the eastern and southern coast including Sydney and Adelaide which constitutes a majority of the population. 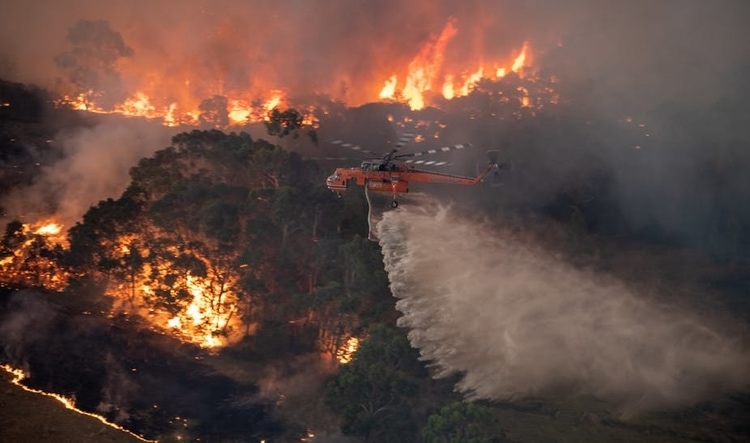 The air quality across Australia has been severely affected. With the start of the New year, Canberra (the capital city of Australia) registered worse air quality reaching 20 times above the level that is considered dangerous. Australian bushfires are burning on such a scale that it has reached across borders. Smoke has turned the sky of Australia into a yellow-orange colour.

Is climate change the cause of bushfires in Australia?
A natural weather condition known as the Indian Ocean Dipole (IOD) has resulted in the dry spells throughout the country. In this, there is an irregular oscillation in the temperature of sea in which the Indian Ocean becomes alternately warmer and the eastern part of the ocean gets colder. That is the reason for Australia getting hotter. The maximum temperature recorded this year is 41.9 celsius on 18 December. Scientists and meteorological department experts have also stated that drier climate contributes to more intense fire. 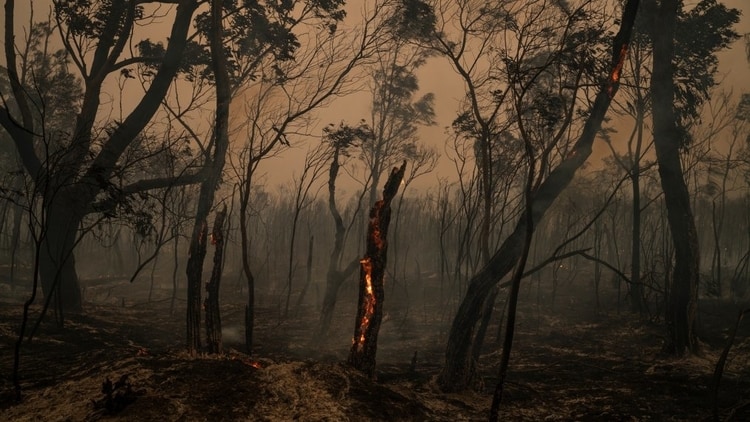 Outcome
Fire season in Australia has led to the killing of dozens of people and the destruction of countless buildings. Ecologists have estimated that over one billion birds, reptiles and mammals solely in New South Wales have died due to the spread of wildfires. With the beginning of 2020, about six million hectares of forests are burnt in New South Wales and Victoria. 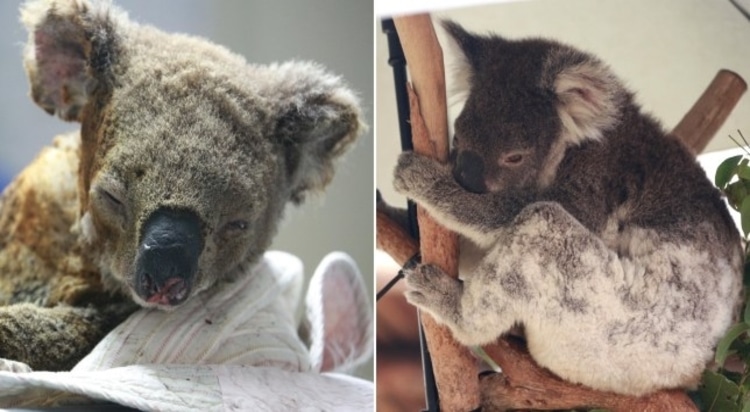 The amount of forest area that has been burnt is twice the size of Maryland, Belgium or Wales. On January 7, 2020, the area has been increased to 10 million hectares which is equal to the size of South Korea. Along with this, it has been also predicted that thousands of livestock are also likely to get killed in the coming days seeing the devastating situation in Australia. The fire continues to burn fiercely causing incalculable damage to humans, wildlife and property. 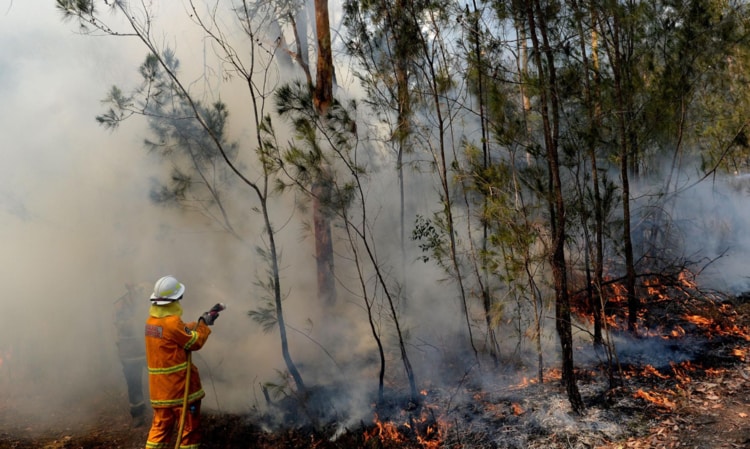 Australian firefighters are spraying water and fire retardants through helicopters and planes on ground. Fighting bushfires is not easy so the government is focusing on stopping the fire spread rather than extinguishing the fire out. Thousands of firefighters from across the world such as US, Canada, and New Zealand have sent help to stop the nation from burning. Police, navy and military officials of Australia are constantly involved in rescuing and evacuating the people out there. 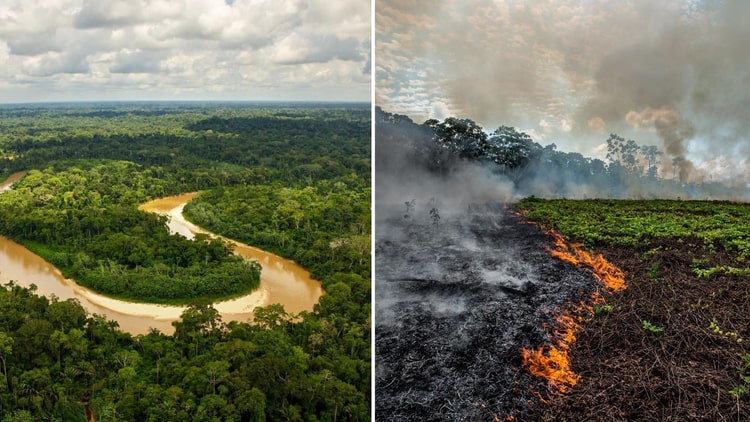 In 2019, Amazon rainforest wildfires occurred in Brazil, Bolivia, Paraguay, and Peru. Amazon rainforest is the world’s largest rainforest which plays a significant role in keeping up the level of carbon dioxide. It is widespread in an area of 2.1 million square miles and is also referred to by “lungs of the planet”. Usually, the occurrence of fire takes place in Amazon rainforest in dry season as methods like slash-and-burn are used to clear the forest for agriculture and livestock leading to deforestation of forests. The increased rate of fire counts has raised ecological concerns in 2019 globally. Scientists have also said that the Amazon rainforest fire could reach a "tipping point" due to ongoing global climate change. 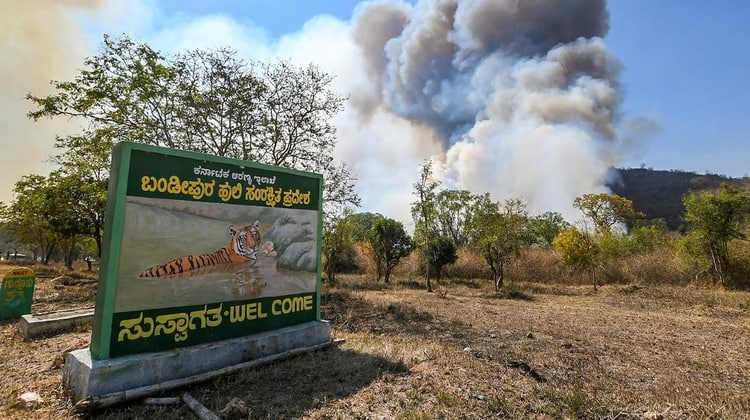 Another place where forest fire broke out in February 2019 was in Bandipur National park, Karnataka. The primary reason for the forest fire in Bandipur was due to the sudden climatic change and growth of dry grass and Lantana (a plant which is native to South America and causes widespread fire). Around 10,000 acres of forest were destroyed with the rapid spread of fire due to wind. There have been zero deaths of large mammals but reptiles and smaller animals were killed along with thousands of trees.

Do you think this deadly fire in Australia is due to climate change? Tell us your views in the comments below. That’s all for today! For an easy-peasy experience, book your train tickets through Trainman app. Download Trainman App to check PNR Status of your ticket, Train Seat Availability, Train Inquiry and a lot more.