Vishwakarma Puja or Vishwakarma Jayanti is observed in reverence to Lord Vishwakarma, the divine architect. It is an important festival for the Hindu community to honour and celebrate Lord Vishwakarma who is regarded as the God of creation. Vishwakarma is also known as the world's first architect and engineer who helped in building a lot of structures and laid the foundation stone when the universe was developing. The day is celebrated largely in the states of Uttar Pradesh, Bihar, Delhi, Maharashtra, West Bengal and Karnataka. This festival is observed according to the solar calendar instead of the lunar calendar. It is celebrated on the Kanya Sankranti i.e. when the Lord Surya leaves Leo zodiac sign and enters Virgo sign. This year the Vishwakarma Jayanti falls on 16th September. In this blog we will talk about the Vishwakarma Puja.

Chronicles of Vishwakarma Puja
According to the ancient texts the birth anniversary of Lord Vishwakarma is celebrated on the last day of Bhadra month. In the eastern states of India this puja is also known as Bhadra Sankranti. The same puja is also performed in the Magh month (a day after Diwali) in some northern states of India. As the legend has it, the supreme architect Lord Vishwakarma was born out of Samudra Manthan (sea churn) which is one of the most significant events in the history of Hindu tradition. He is also considered to be the architect of the powerful weapon called Vajra that's carried by Indra.

Vishwakarma was the son of Lord Brahma. As per Hindu mythology it is believed Lord Vishwakarma designed and created the Swarglok (heaven) in Satya Yuga, Lanka in Treta Yug and Lord Krishna’s capital Dwarka in the Dwapar Yug. One can also find his mention in the Rig Veda as the supreme carpenter who is also the creator of Sthapatya Veda the science of architecture and mechanics. According to a legend the idols of Balabhadra, Subhadra and Lord Jagannath that are worshipped in the famous Puri temple in Odisha were also created by Vishwakarma. 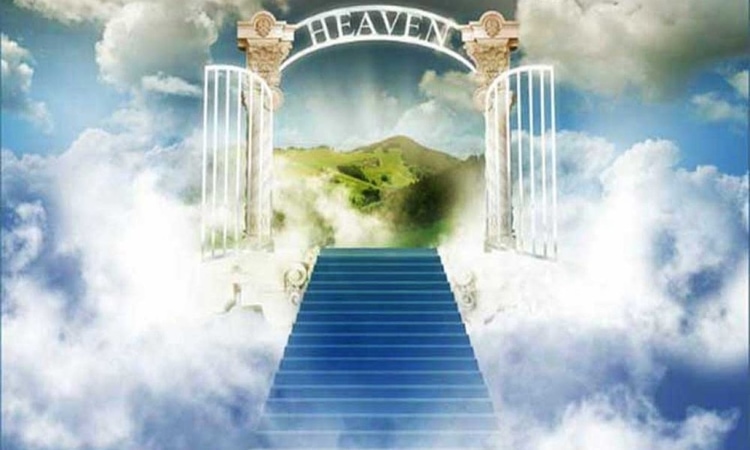 The architect of the gods is also called the God of Vastu Shastra, the First Engineer, the Engineer of the Gods and the God of Machines. Before starting or inaugurating a factory Lord Vishwakarma is always worshipped. Hence the day has special significance for those in the line of manufacturing and machine or mechanic industry. Artists, craftsmen, industrialists, businessmen and even factory owners pay special regard and hold a puja in their specific work premises. It is believed that worshipping Lord Vishwakarma brings prosperity and efficiency. 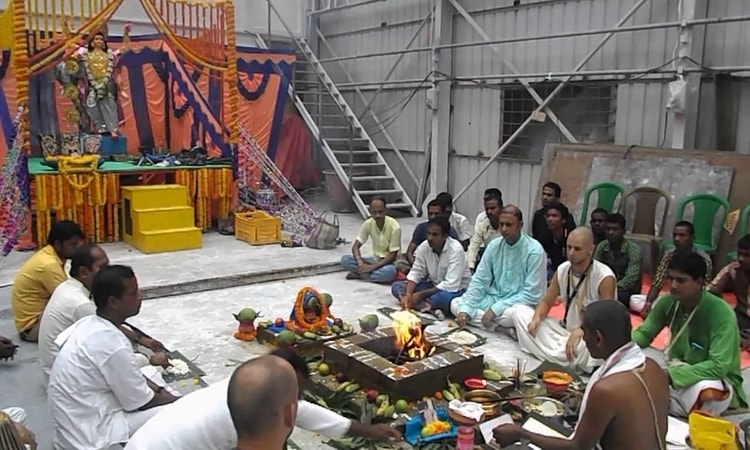 Celebrations
The puja is commenced by placing an idol of Lord Vishwakarma at the workplace. In most places devotees perform yajna to celebrate the day. After that worshippers tie a Raksha Sutra or the holy thread on their right hand to remember him. People offer holy water, vermillion, flowers and sweets to the deity and machinery. The rituals are followed by the distribution of "prasad". Sweets like peda, motichoor ladoo, soan papdi and petha are offered as prasad to commemorate the auspicious day. 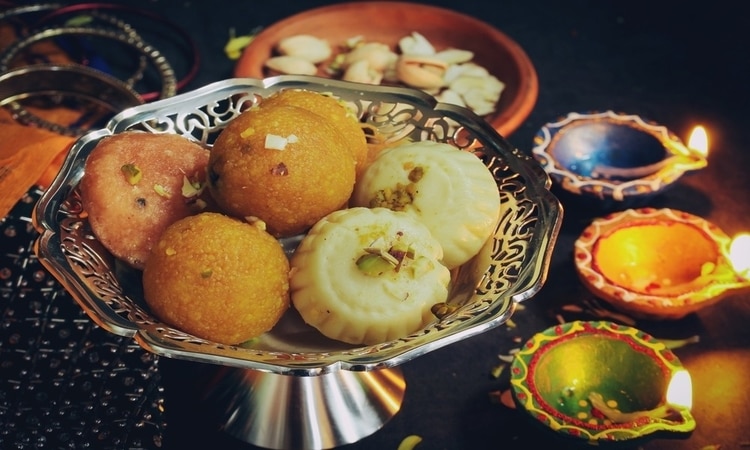 Every year Hindus celebrate the Biswakarma festival with much fervour. They organise pujas at their factories and industrial setups. This day is observed by architects, engineers, artisans, mechanics, smiths, factory workers and others. On this day devotees seek blessings from the almighty to help excel in their respective fields. To add fun to the day kite flying in some states is a popular custom. 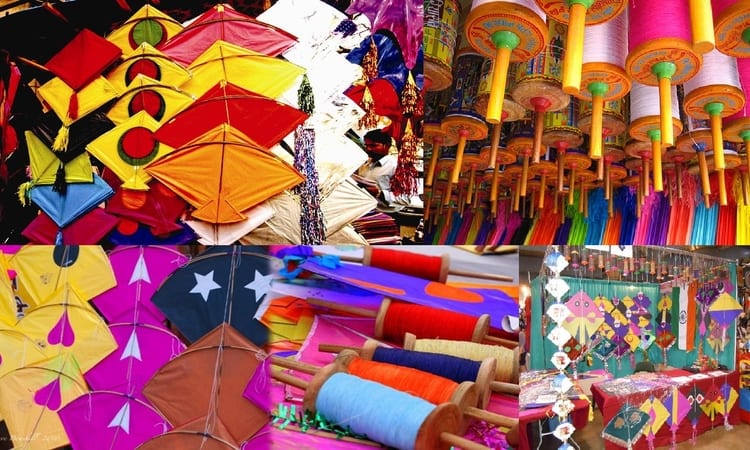 The God of Architecture is worshipped all over India but primarily in Odisha. Workers worship Lord Vishwakarma to increase their efficiency and productivity in the fields and factories. In Odisha this festival is known by another name - Biswakarma Puja. The idol of Lord Vishwakarma carries a noose, a waterpot, craftsman’s tools and the Vedas. The Puja is celebrated with a lot of religious customs and traditions which is surely a worthy experience for people. It is not an occasion to be missed at any cost as it is marked with many other celebrations and programs. Though this year Vishwakarma Puja will be celebrated in a low-key manner due to the coronavirus pandemic. Millions of workers have lost their jobs with the COVID-19 induced lockdown. Let us hope that Lord Vishwakarma will remove the grief soon.

Celebrate this Vishwakarma Puja in a special way and prepare different kinds of prasads and sweets. Trainman wishes you all a very Happy Vishwakarma Jayanti!! Book your tickets through the Trainman app. Download Trainman App and check PNR Status of the booked ticket, Seat Availability, Train Running Status, Train between Stations and lot more.