The Indian-origin, semi-high-speed Vande Bharat Express Train is constantly being a hot topic for Indian railways. The train is running at 3 different routes in India, and recently started its maiden journey for the fourth route as well. Apart from that, another new route in the South India region has been announced for Vande Bharat Express. With that, the total number of Vande Bharat Express trains will increase to 5.

The fourth Vande Bharat train started its maiden journey on October 19, 2022. And, it is the 3rd Vande Bharat train with New Delhi as its originating station. The route of this train covers major cities like Ambala, Chandigarh, Anandpur Sahib, and Una.

New Delhi - Amb Andaura Vande Bharat Express (22448/22447) runs 6 days a week (except Friday). It is the 2nd generation of the Vande Bharat Train. Vande Bharat 2.0 is equipped with world-class passenger amenities, and this train can achieve high speed due to faster acceleration and deceleration which will help in reducing journey time by 25% to 45%. 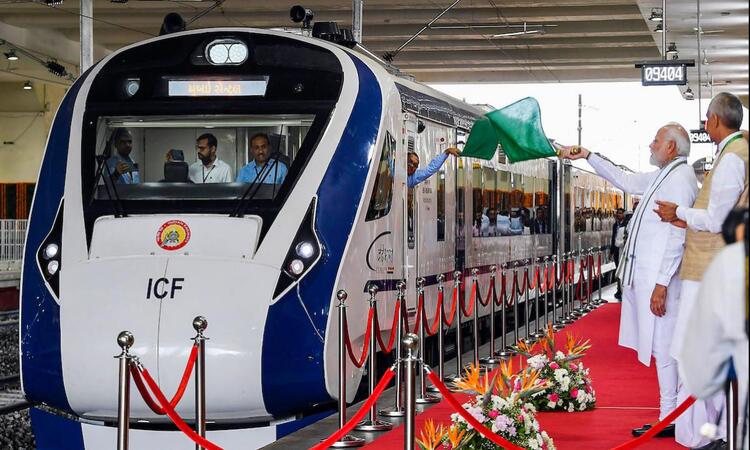 India will be getting its 5th Vande Bharat Express Train in South India for Chennai- Bengaluru- Mysuru route. It is set to be launched on Thursday, November 10, 2022.

Later on, the production of 2nd generation Vande Bharat with enhanced passenger facilities started. And, the first Vande Bharat 2.0 was introduced on Mumbai to Gandhinagar route.

You can book the tickets with us to experience the luxury and travel in these premium trains. If you are travelling from New Delhi, we have a surprise for you. You can now avail the railway lounge with Trainman, that too for Free! Want to know more? Follow this link: https://blog.trainman.in/blog/complimentary-executive-lounge-access-with-trainman/