As per Railway Minister Ashwini Vaishnaw, the target manufacturing of The Vande Bharat Trains is two to three per month as of now. And, by increasing the target gradually, the Indian Railways is expecting to manufacture 75 trains by August 2023.

Vande Bharat 2.0 train, which completed its trial runs recently is ready for commercial operations. This train can accelerate from 0 to 100 kmph in 52 seconds, which is faster than the earlier version by 2.6 seconds. The weight of this new train has also been reduced to 38 tonnes. This helped the train to achieve the maximum speed of 160 kmph in just 130 seconds.

“We will now start its serial production…testing is completed…the target will be that going into October we can start regular production…2-3 trains every month, then taking it up to 5 and 8. Most of these trains will be manufactured in Integral Coach Factory, Chennai”, said Ashvini Vaishnaw in a press conference. 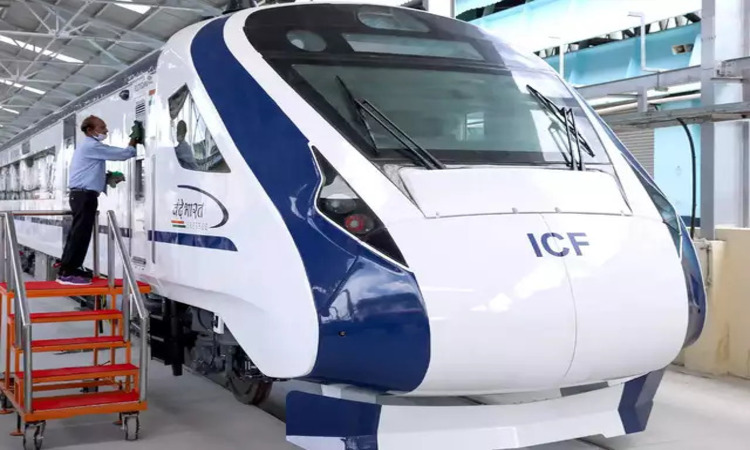 The minister also said that there will be more amenities for passengers’ comfort in the new trains. The train will be fully wifi-enabled with content on demand, and each coach will also be equipped with 32-inch LCD TV. There are 15% more energy-efficient ACs for dust-free clean air cooling in the newer version trains, and many more additional features. Because of this, the ride index, an indication of riding comfort, has been increased to 3.2.

You can get all the information about the new features of the Vande Bharat 2.0 by following this link: https://blog.trainman.in/blog/the-new-vande-bharat-express-is-all-set-to-roll-out/

Additionally, the Indian Railways has successfully conducted a trial run of the semi-high speed Vande Bharat Express on the Mumbai-Ahemdabad Route. As per the reports, the train completed this 491 km non-stop journey from Ahmedabad to Mumbai in 5 hours and 14 minutes at a maximum speed of 130kmph. And, the return journey was completed in 5 hours and four minutes, the officials said. There are rumours that the Indian Railways may start the services of Vande Bharat Express between these two cities by Dussehra or Diwali.