Living creatures, largely microorganisms have the ability to adapt to the most extreme environment on Earth. From arid deserts to frozen tundra regions, life on the planet Earth exists even in the extremist conditions. Have you ever thought about a place that does not support any kind of life form? It is impossible to think about a place on Earth with the absence of life but scientists have discovered a place in Ethiopia which does not support life. It is a geothermal field where no life exists. The infernal landscape is located in the Ethiopian depression of Danakil that extends over a volcanic crater full of salt and emanates toxic gases.

Scientists have conducted several tests and found that there is no life, not even microbial life exists in Dallol. Dallol in Ethiopia has one of the earth's most extreme environments. This place is hot, salty and acidic. The ponds are filled with salt, toxic gases and boiling water which gives rise to extreme hydrothermal activity. Even in winters the daytime temperature exceeds upto 113 degrees Fahrenheit (45 degrees celsius). 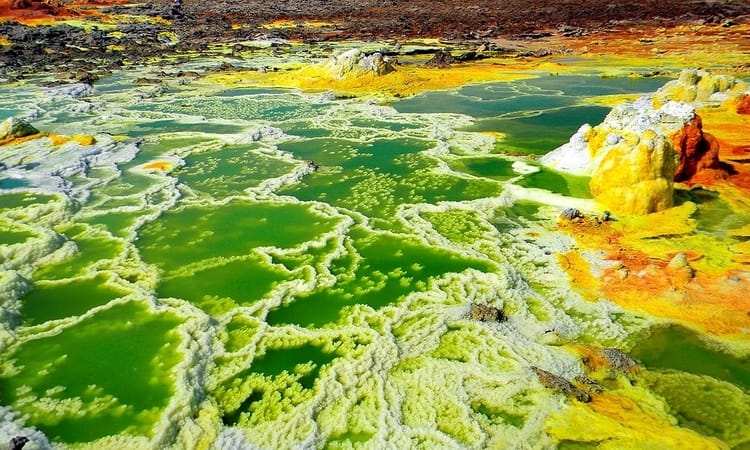 According to the Nature Ecology & Evolution it has been verified that there is no microbial life in these salty, hot and hyperacid pools. However outside the pools exist a great diversity of halophilic archaea (a type of primitive salt-loving microorganisms) in the desert. Scientists have also said that just because there is liquid water and other biological aspects under a microscope it does mean there is a presence of life. 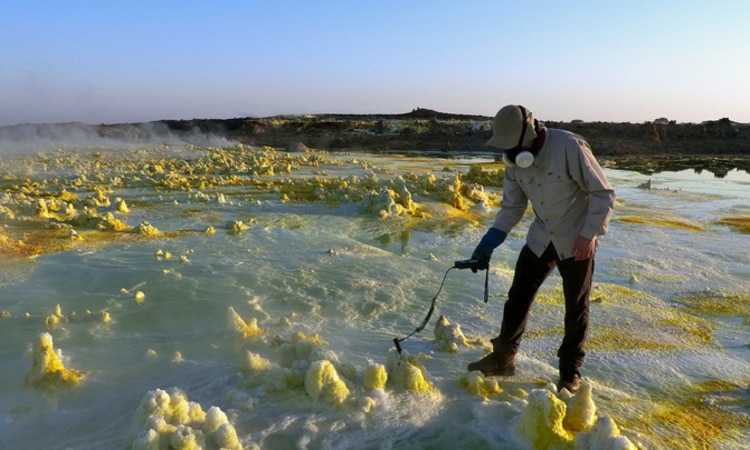 Did you know why it does support life form?
Dallol ponds prevent life from forming as it contains chemical barriers like chaotropic magnesium salts that break down hydrogen. The combination of high temperatures, high acidity, hyper-salinity creates a barrier for living organisms. 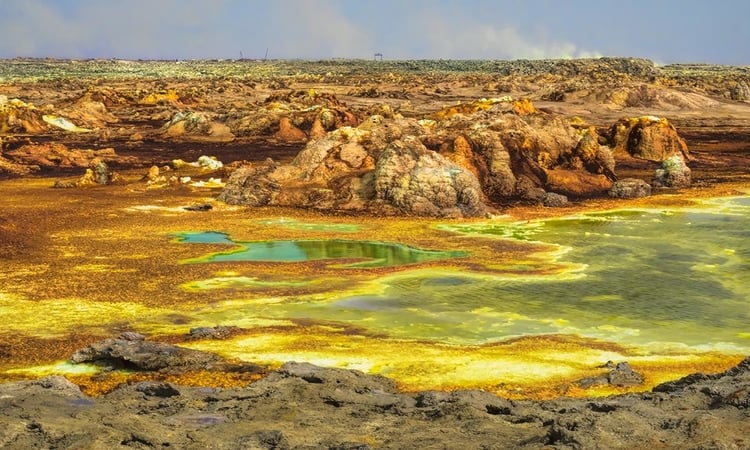 Interesting facts about Geothermal field
Here are some facts about the most uninhabitable place on Earth.

Aren’t you amazed after knowing that there’s a place on Earth where no life exists? Let us know what you think about this place in the comments below. Go on and book your tickets through Trainman app. Download Trainman App to check PNR Status of your ticket, Train between stations, Seat Availability and a lot more.