Navratri is a 9-day long Hindu festival celebrated in almost every part of India. This auspicious festival is dedicated to the supreme goddess Durga. The festival of Navratri is celebrated with great pomp twice a year in major parts of Gujarat, West Bengal and Delhi. The Navratri festival has already started on October 17, 2020 (Saturday) and will go on till October 24, 2020 (Friday). Though the festival of Navratri is celebrated for different reasons with different rituals across the various parts of the Indian cultural sphere the main theme of the festival remains the same - victory of good over evil. The final day of the festival is called the Vijayadashami or Dussehra.

The 9 days of Navratri are dedicated to the to Goddess Durga and her nine avatars - Shailputri, Brahmacharini, Chandraghanta, Kushmanda, Skandamata, Katyayani, Kalaratri, Mahagauri and Siddhidhatri. Check out below the significance of each day of Navratri and colours associated with each day of puja.

Day 1 - Maa Shailputri
Also known as Pratipada, it is the first day of Navratri when Kalash Sthapana is done. On this day Maa Durga is worshipped in the form of Shailputri - an incarnation of Parvati. She is depicted as riding the bull (Nandi) with a trishula in her right hand and lotus in her left. The colour of the day is grey that signifies understanding and peace. It also means the destruction of evil. 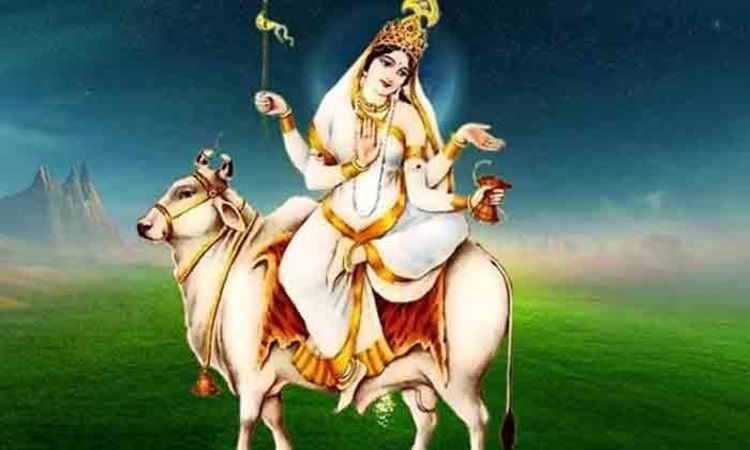 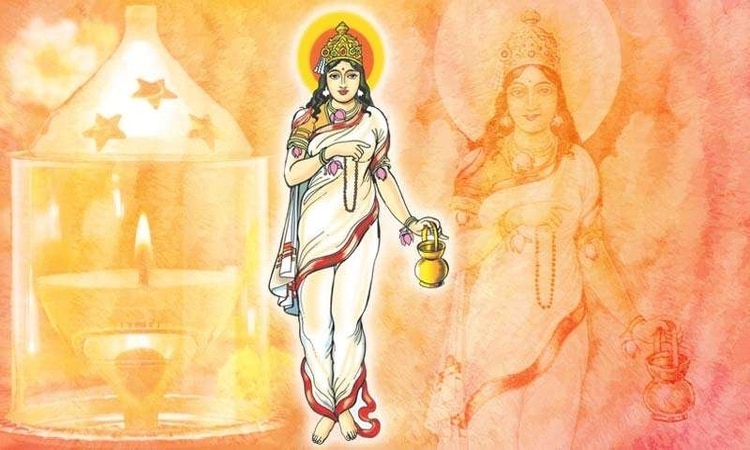 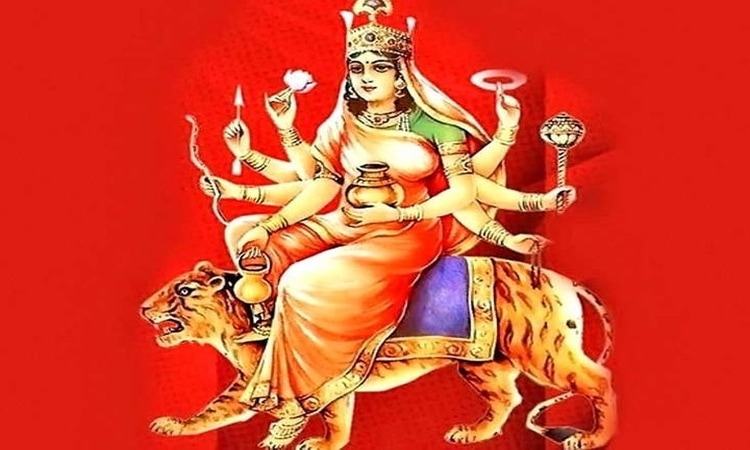 Day 4 - Maa Kushmanda
On the fourth day (Chaturthi) Goddess Kushmanda is worshipped which is symbolised with red colour. She is depicted as possessing eight arms holding weapons and rosary. Goddess Kushmanda is also known as Ashtabhuja Devi as she has eight hands. It is stated that she created the whole universe which is called Brahmanda in Sanskrit by just flashing a little bit of her smile. Kushmanda is depicted with eight to ten hands holding weapons, two jars of honey (Elixir) and blood. Her one hand is always on abhaya mudra from which she blesses all her devotees. The colour of the day is red which depicts passion, auspiciousness, anger and vigour. 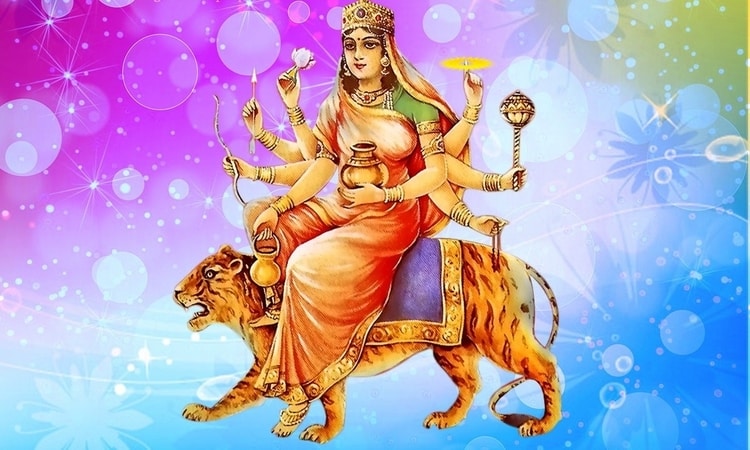 Day 5 - Maa Skandamata
Maa Skandamata is the fifth avatar of Durga and is worshipped on the fifth day of Navratri. Her name comes from the word Skanda which is just another name of Lord Kartikeya (Parvati’s son and Lord Ganesha’s brother). Thus she is known as the mother of Lord Kartikeya or Skanda. She is depicted as using a lion as a vehicle and possessing four arms of which two hold the lotus flowers while one of her hands is always in the boon-conferring gesture and with the other she holds her son Skanda in her lap. This day is portrayed with the Royal Blue colour. The colour represents the divine energy, superiority and intelligence. 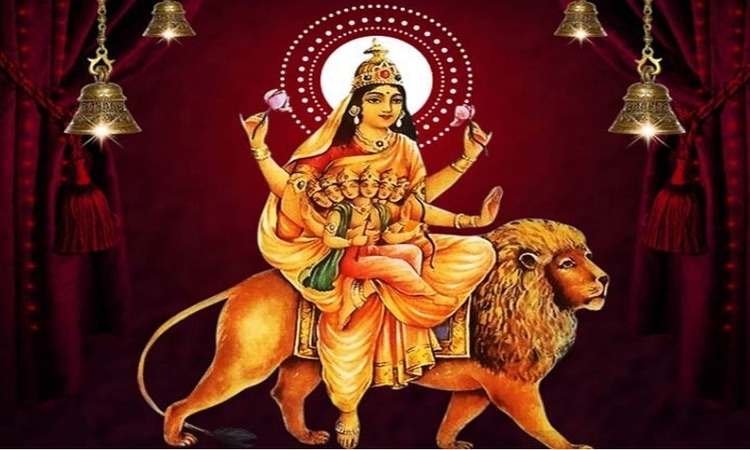 Day 6 - Maa Katyayani
Maa Katyayani is worshipped on the sixth (shashti) day of Navratri. She is seen as the slayer of the tyrannical demon Mahishasura. She is associated with the fierce forms of Shakti or Durga, a warrior goddess which also includes Bhadrakali and Chandika. She is considered one of the most violent forms of Goddess Parvati. This day is adorned with a yellow colour that symbolises happiness, freshness, brightness and cheerfulness. 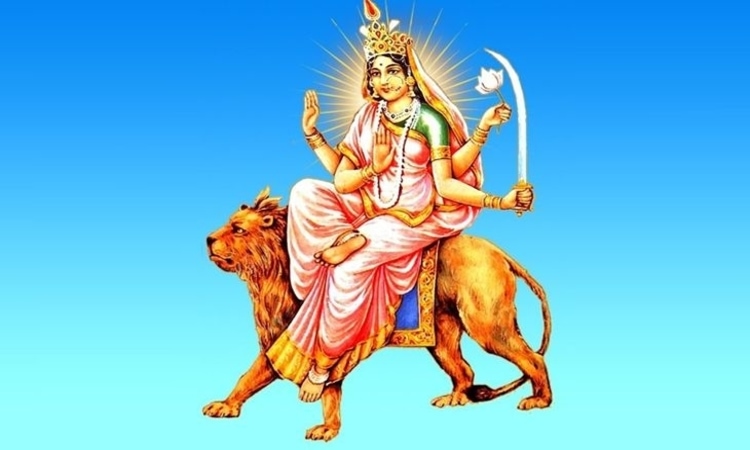 Day 7 - Maa Kalaratri
On the seventh day of Navratri, goddess Kalaratri is worshipped. Considered the most ferocious form of Goddess Durga, Kalaratri is revered in Saptami. This form of Goddess is believed to be the destroyer of all demon entities, ghosts, evil spirits and negative energies who flee upon knowing of her arrival. Kalaratri is also known as Shubankari which means auspicious. The colour of the day is green which signifies growth, positivity and beginning. It also refers to Mother Nature and its nourishing qualities. 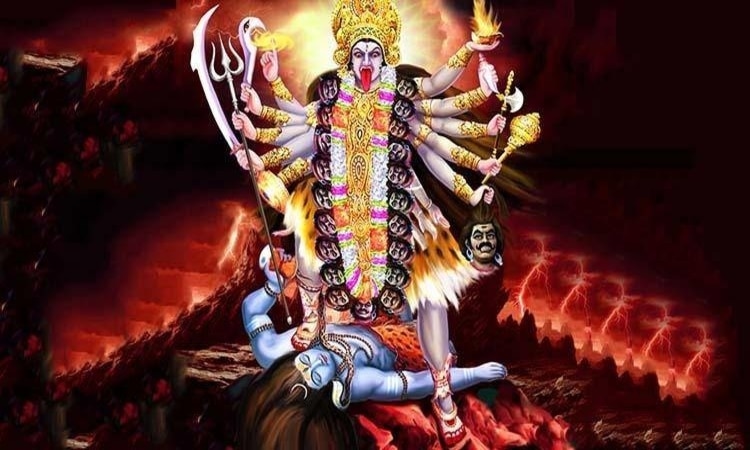 Day 8 - Maa Mahagauri
Goddess Mahagauri is worshipped on Day 8 (ashtami) of Navratri. According to Hindu mythology Goddess Mahagauri has the power to fulfill all the desires of her devotees. The one who worships the goddess gets relief from all the sufferings in life. Devotees wear peacock green on this day to receive blessings of Goddess Mahagauri. The colour represents richness and opulence. 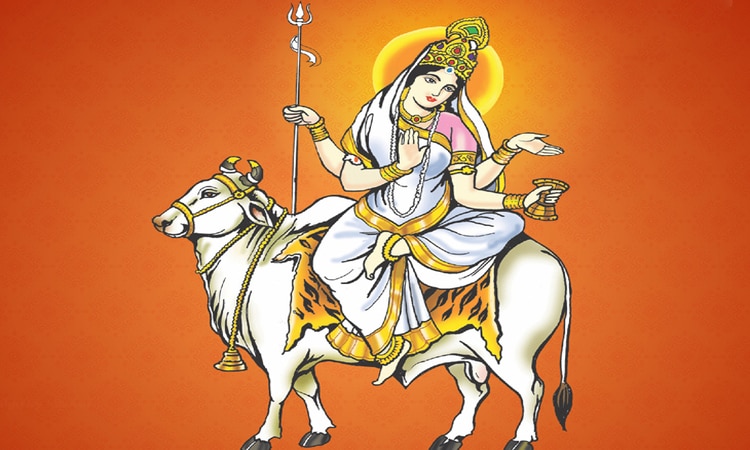 Day 9 - Maa Siddhidhatri
On the last day of the festival also known as Navami Goddess Siddhidhatri is worshipped. Sitting on a lotus, she is believed to possess and bestow all types of siddhis. Purple colour is dedicated to goddess Siddhidhatri. It represents beauty, ambition, goal and integrity. 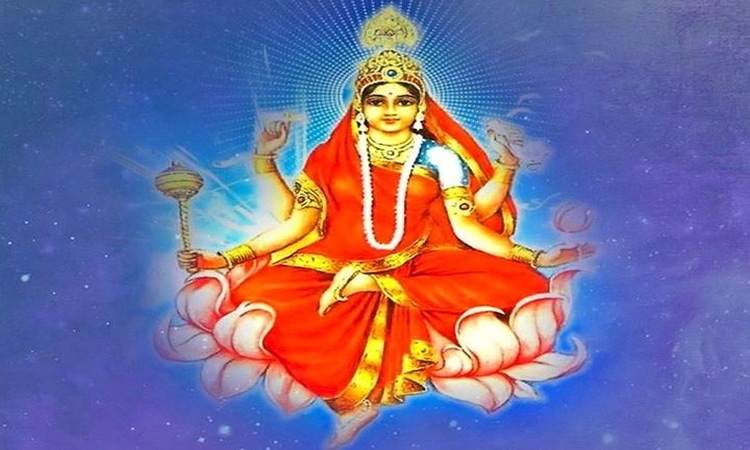 These are the nine avatars of Goddess Durga that are worshipped by the devotees during Navratri.

Here’s wishing you all a very happy Navratri and happy festive days ahead!! Let’s celebrate the triumph of the good over the evil. Celebrate this festive season with your loved ones and book your train and flight tickets through Trainman app. Download Trainman App and check PNR Status of the booked ticket, Seat Availability, Train Running Status, Train between Stations and lot more.