Thousands of passengers are suffering because of delay in train timings and some of the trains even getting cancelled due to heavy fog around North region. Reports have been coming in of about 55-60 trains running behind its schedule and approx 20 trains getting cancelled almost every day from past 1 week.

Every year fog creates much nuisance in the country causing delays in train and flight timings. On any given day around 23 Million people are on the go via approx 12,700 passenger trains that runs daily in India. That means 135750 people suffer daily due to delays and cancelled trains in India daily during winters.

Delhi, Lucknow, Moradabad, Ludhiana, Sitamarhi and Patna is said to have been affected most in terms of delays in train arrival and departure timings due to heavy fog in these areas. While delays in trains offering catering services is still manageable but god forbid the passengers of the trains that do not provide catering services. 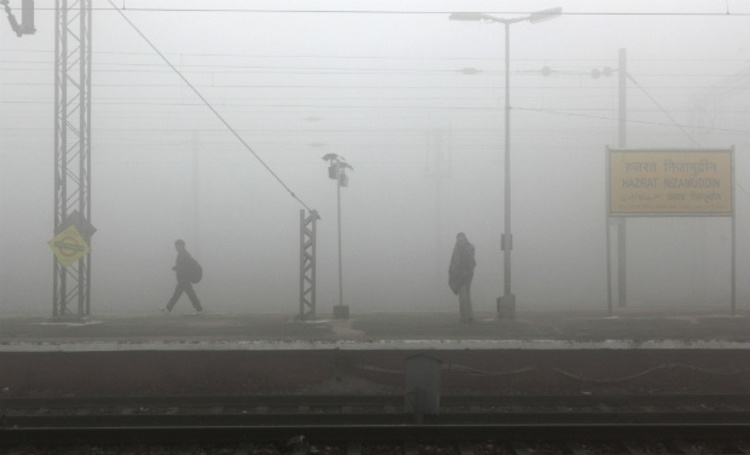 Among the trains that are affected most are Mau Anand Vihar Express that is running 33 hours behind its schedule Lichchavi Express 28 hours and Bhagalpur Anand Vihar Garib Rath is said to be running 21 hours behind its schedule. With such delays, number of up and down trains were cancelled like the Lichchavi Express is cancelled today and Bhagalpur Garib Rath was cancelled yesterday. Officials reported that at least 13 trains running on Thursday were cancelled while 4 trains scheduled to depart on Friday is cancelled.

The recently hit cyclone Vardah in Chennai also created delays and cancellations of trains in that region. Four trains were partially cancelled in the region while number of trains was diverted.

Check running status of any of these trains here. You can also download Trainman App in your smartphone and check train running status, find train between station, PNR status prediction, train enquiry and much more.