Train travellers need to shell out more on train tickets as Indian Railways announces hike in ticket fare from January 01, 2020. The journey cost is increased by 1-4 paise per kilometre for different classes. To make sure that railways are affordable for the daily commuters, there is no fare hike for suburban train passengers and season ticket holders as this class constitutes 66% of total passenger segment on the rail network in India.

In order to expand the services and amenities provided to the passengers in trains as well as at railway stations, the fare is increased marginally so that it does not overburden the train travellers. The fare revision is as follows: 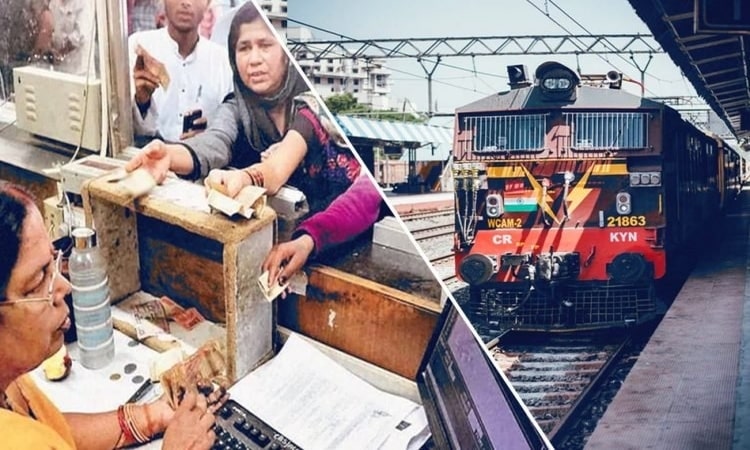 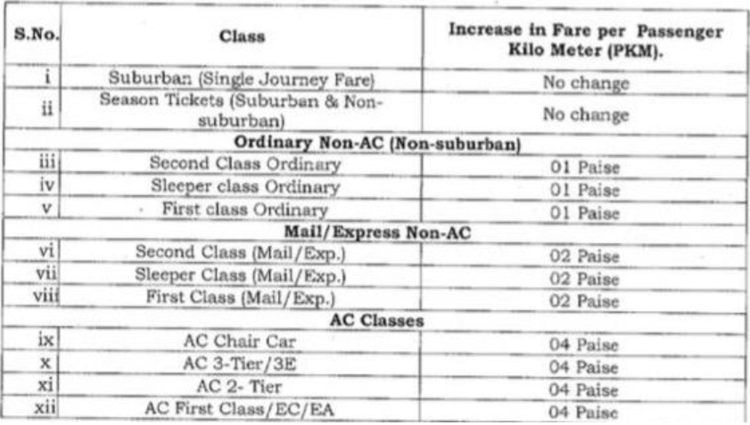 Let’s look at a few examples and see the change in the ticket prices after fare revision. Hike in the Premium trains ticket prices such as 12302 New Delhi Howrah Rajdhani Express (Via Gaya) that covers a distance of 1,447 km have resulted in the increase of base fare by Rs 58. If a passenger is undertaking 934-km journey in 12915 Ashram Express in 3A from Ahmedabad (ADI) to Old Delhi (DLI) then the increase in the ticket price would be Rs 38 (excluding GST). If you are travelling on the same train in an SL class then be ready to pay Rs 15 more. Passengers travelling from Mumbai Central (MMCT) to Ahmedabad (ADI) in train no. 12931 Mumbai Central Ahmedabad AC Double Decker Express in Ac chair car need to pay around Rs 19 more and Rs 15 more while travelling in 15014 Ranikhet Express from Old Delhi (DLI) to Jaipur (JP) in 2A. 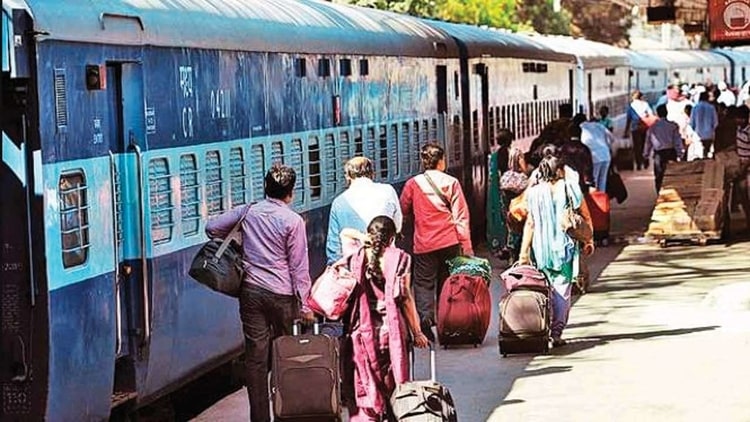 The fare hike is applicable to premium trains like Shatabdi, Rajdhani, Duronto, Vande Bharat, Tejas, Humsafar, Mahamana, Gatimaan and other special trains as well. However, catering charges, reservation fee and superfast charges remain the same and hike in ticket fare is not applicable on the already booked tickets. 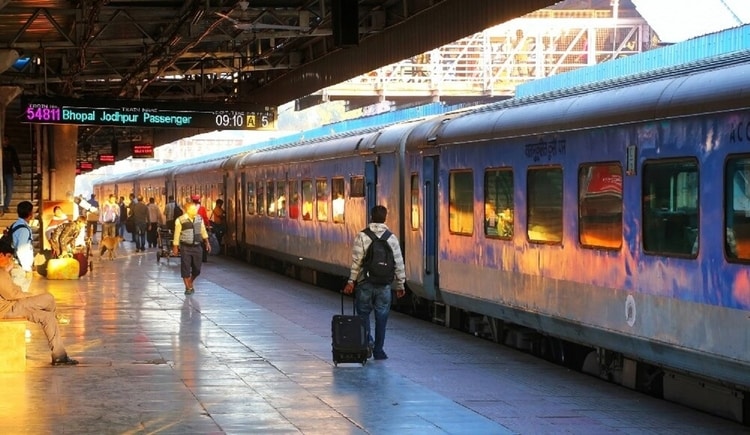 Prior to this, railway fares were hiked in 2014-15 by 14.2 percent and freight charges were raised by 6.5 percent. Since then, there were no change in ticket prices. However, Indian Railways has introduced Flexi-fare and Premium Tatkal schemes that resulted in the hike of ticket fare on selected trains.

Keep reading Trainman blog to know the latest updates on train and travel. Trainman wishes you and your family a very Happy New Year! Book your train and flight tickets through Trainman app. Download Trainman App and check PNR Status of the booked ticket, Train Seat Availability, Train between stations and a lot more.