The true heart of the railway system is the “locomotive”. It provides the motive power to the entire train and defines the railway system. Coaches and wagons are all just submissive elements which follow the loco commands. India’s locomotive history is a journey from the steam engines of the British Era to the shortage of steam locos at independence to the revival of steam locomotives post-independence to the large-scale switch to diesel and then to electric as it is now.

Among those locomotives, a steam locomotive born in 1929 - “Beyer Garratt” has quietly been brought back to life at a railway workshop in Kharagpur recently. Nearly 90 years after its arrival in India and nearly 50 years after it was withdrawn from service, this broad-gauge steam locomotive left the Kharagpur workshop for a trial run up to Kasai halt. It was trailed on the 22 km of main line in South Eastern Railway between Kharagpur and Midnapore. This 1929-born broad gauge Garratt locomotive is often termed as a “mighty beast” by railway enthusiasts and officials alike.

Invented by Beyer, Peacock and Company in 1907, the Garratt engines were considered a technological marvel at the time of their introduction. One of the notable features of these locomotives was that coal was burnt on either side of the boiler, in a departure from the earlier system where coal was burnt only on one side. With 2200 Horse Power, they were considered the most powerful locomotives in the 1920s.

The Garratts were a prized possession for railways across the world. The former Bengal Nagpur Railway had 32 Garrats, while Darjeeling Himalayan Railway had a few, but narrow gauge. In other words, the Garratts espoused tractive power the kind of which was later standardized by diesel and electric engines.

When in service for 40 years in the BNR (later South Eastern Railway), this “N-class” Garratt had the capacity to run at 72 kmph uphill pulling 2,500 tons of load. Its working speed, without load, was 128 kmph on plains. In a recent trial run, it ran at 30 kmph and indicated to engineers that minor repairs were needed. 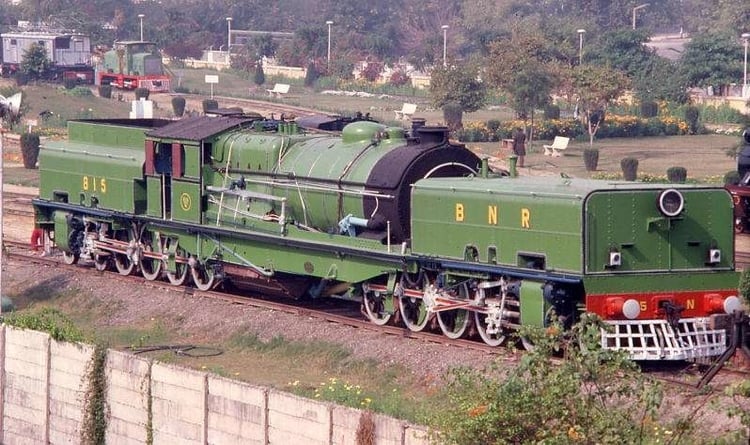 It has 24 wheels, with a “4-8-0+0-8-4” arrangement, considered rare as only 26 Garratt engines with this wheel arrangement were manufactured. Weighing 230 tons, the humungous machine carries 10,000 gallons of water and 14 tons of coal. It runs on both directions, without needing to be reversed.

The locomotive numbered 811 was built in 1926 by Beyer-Peacock & Co of Manchester. Bengal-Nagpur Railway purchased the locomotive in 1929. At least 15 more Beyer Garratts were purchased by the railways in India and all of them retired by 1969. After resting for next 40 years inside the Kharagpur workshop, SER revived it in 2006. It then undertook a special heritage run between Shalimar and Sankrail. Though this time, the intent is to commission it as a regular heritage train.

There’s an interesting story behind the name of Beyer-Garratt locomotive. A British Locomotive Engineer Herbert William Garratt developed the Garratt articulated locomotive. He first approached the Kitson & Co. but his idea got rejected as Kitson were already committed to the Meyer series of locomotives. Later, he approached Beyer, Peacock and Company who then took part in the project. And thus it got its name Beyer-Garratt. 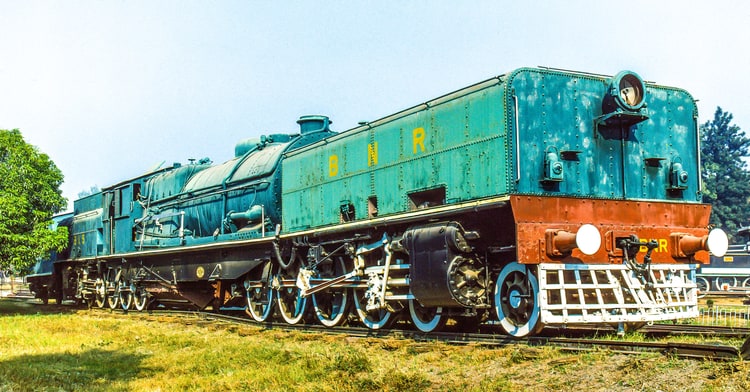 It is expected that the railways will continue more trials if everything goes well, the Garratt locomotive will be used as part of a regular heritage run and will also bid for a place in the Guinness Book of World Records under the category of largest and most powerful locomotive being operated on a mainline.