Deriving its name from the goddess Naina Devi, Nainital is surrounded by the Himalayan peaks. It is a site where you will find immaculate greenery walks to keep your heart in awe of nature's magical beauty. It is one of the greatest tourist sites in India.

In Nainital, one can find tranquil and lovely destinations for self-introspection, as well as gushing waterfalls and diverse fauna to restore one's weary spirit. You might witness people standing in the middle of the road, surrounded by mountains, smiling at the dancing clouds in the sky and snapping pictures. When planning your vacation, you should think about Nainital at least once. It will undoubtedly thrill your mind.

Nainital is now also becoming popular as a honeymoon paradise. This increased popularity comes at the back of its several cable car and boat rides as well as prestigious schools, some lovely hotels, breathtaking vistas, birds, and the perpetually snow-capped Kumaon highlands in the separation.

It is one of the best hill places in North India to visit. Let us show you Nainital's beauties one by one. 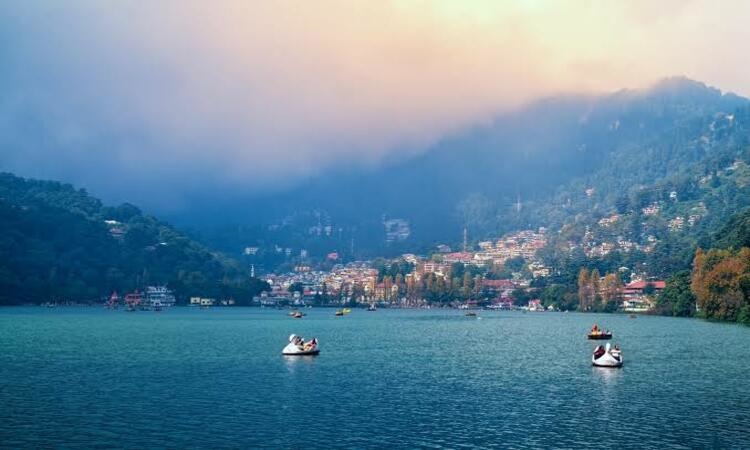 Nainital, located in the Kumaon Foothills of the Himalayas, has a subtropical highland climate. During the summer, the maximum temperature never exceeds 27 degrees and might drop as low as 7 degrees at night. The winter months, from mid-November to mid-February, have the coldest temperatures, ranging from 15 to -3 degrees Celsius. Maximum precipitation occurs during the monsoon months of July to late September. 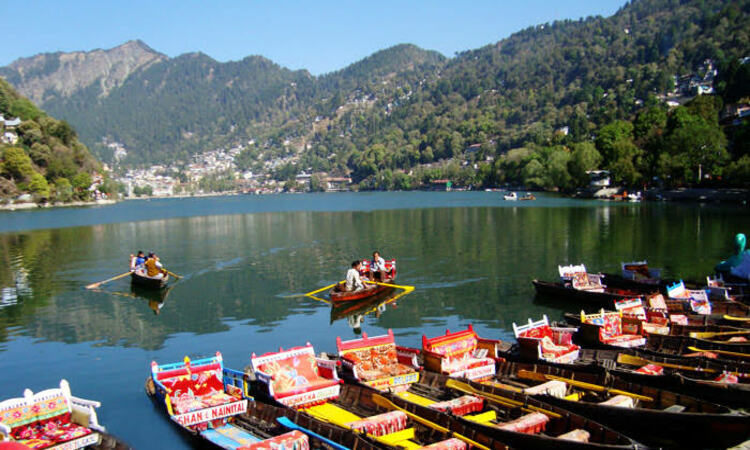 Nainital's lifeline is its lake, Naini Lake. It is one of Nainital's most prominent tourist destinations. When the flat-bottomed and roof-type boats float near the bank of this tranquil lake, they appear ethereal. Boating through its tranquil waterways is likewise a once-in-a-lifetime experience. The surrounding splendour will kiss your soul. Boating in its tranquil waters attracts visitors from all over the world, making it one of the top things to do in Nainital. 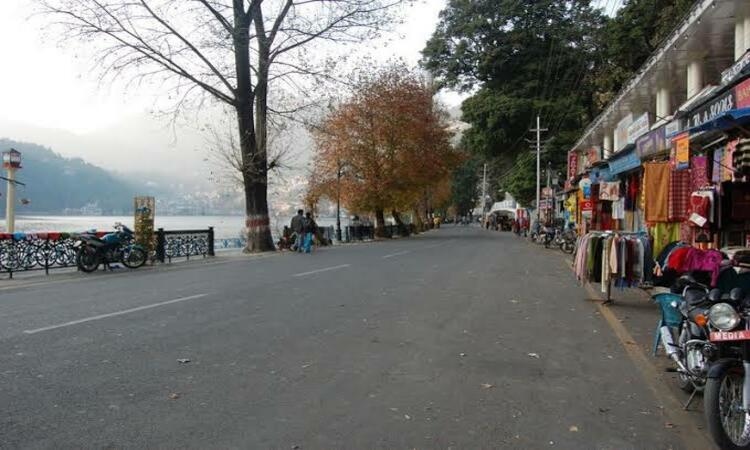 Nainital is a shoppers' paradise. Mall Road in Nainital has its own narrative to tell when it comes to shopping. When tourists and residents opt to walk on it in the evening, it comes alive. The little food vendors and huge shops fill the surrounding area with a pleasant bustle.

Tallital (Tail of the Lake) and Mallital (Head of the Lake) are the two endpoints of Mall Road, where Tallital welcomes new visitors with a wide-angle vista of the dazzling lake, surrounding mountains, colonial-era buildings, and the Mahatma Gandhi statue. Mallital entertains visitors with a variety of eating establishments selling delectable Momos and motels with lake views.

Tourists will get lost in the smorgasbord of handicrafts, garments, jutis, handmade name plates, and so forth. Furthermore, The Tibetan Market carries contemporary clothing, and Bada Bazaar has a large selection of locally made candles. So, understanding the soul of Nainital, which is in its marketplaces, is definitely vital for a great Nainital Tour. The best locations to visit in Nainital are the markets. 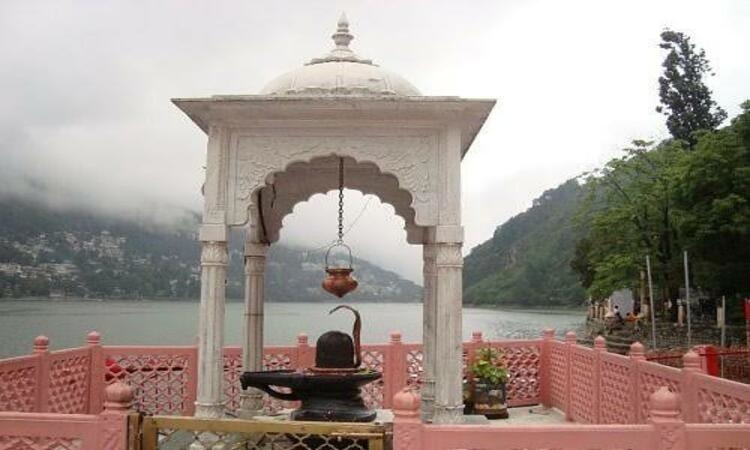 The ethereal shrine of Naina Devi on the Lake side of Mallital bestows her divine blessings on tourists and worshippers. It is one of the must-see attractions in Nainital for reflection.

Don't assume your spiritual journey in Nainital is done until you've seen the Hindu temples on the other side of the lake. What about the panoramic sunrise and sunset views from the magnificent temple of Hanuman Garhi on Tallital's south side? This is where you will discover eternal serenity.

The 'Akhand Jyoti' (everlasting flame) at Pashan Devi stone temple might entice any mystic wanderer's soul. Meditation is simple when you enter the peaceful serenity of Kumaon Mountains' Kainchi Dham Temple. Temple paths should be prominent areas of attraction in Nainital for those seeking calm and serenity.

How could we overlook the joys of adventure in Nainital? Tourists can participate in a variety of adventure activities in Nainital. The Nainital Eco Cave Gardens are a tiny adventure and fun hub where you may explore Tiger Cave, Panther Cave, and the most difficult one - Bat Cave, where you must crawl like a snail.

Rock climbing can also be enjoyed at Badapathar, but only after completing a 7-day course to master climbing, abseiling, and other skills. Naina Devi Jungle camping is the finest thing to do in Nainital for nature enthusiasts. You will undoubtedly like sports such as commando crawling, slithering, trekking, hiking, Tarzan swing, bouldering, and so on. 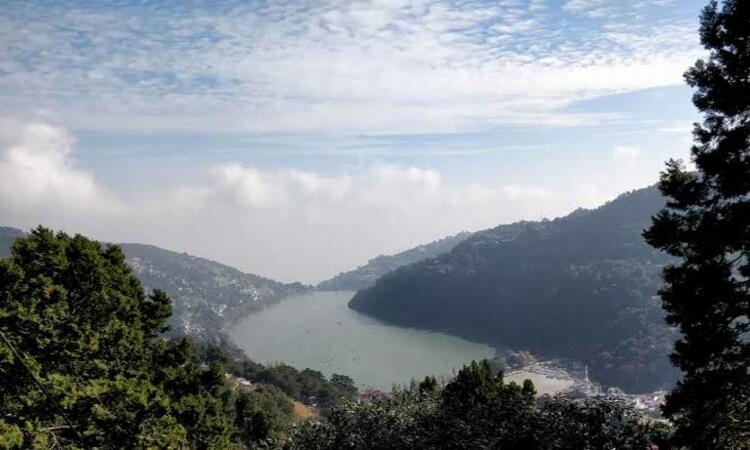 Exotic animals of Jim Corbett National Park, Snow View Point, Naini Peak, Sattal, Jeolikot, and Himalayan View Point will be the symphony of ecstasy to captivate your senses while on holiday in Nainital. If you are planning a vacation to Nainital, these are some of the most popular locations to visit near Nainital that you should not miss. 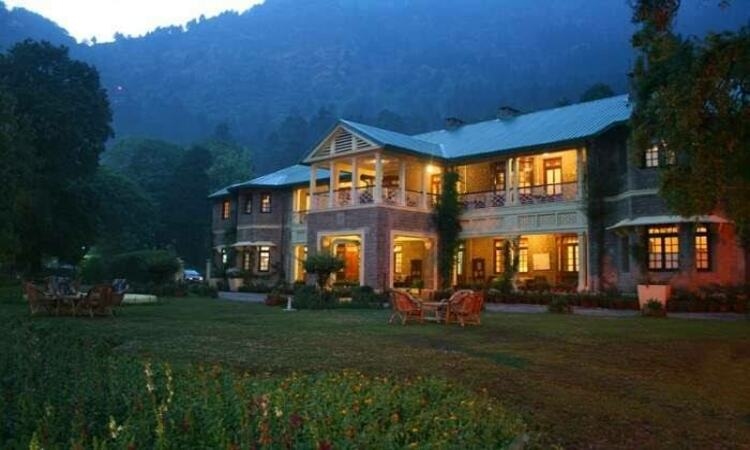 Nainital, one of India's most frequented hill stations and pilgrimage places, has a number of activities to offer its visitors. The village was created as a health resort and summer getaway for British officers seeking respite from India's hot plains. The town's varied attractions include colonial architecture, churches, cafes, bars, and pubs, breathtaking peaks, vistas of the mighty Himalayas, a natural wealth of flora and fauna, and historic Hindu temples, among others.

Most Popular Tourist Attractions In Nainital 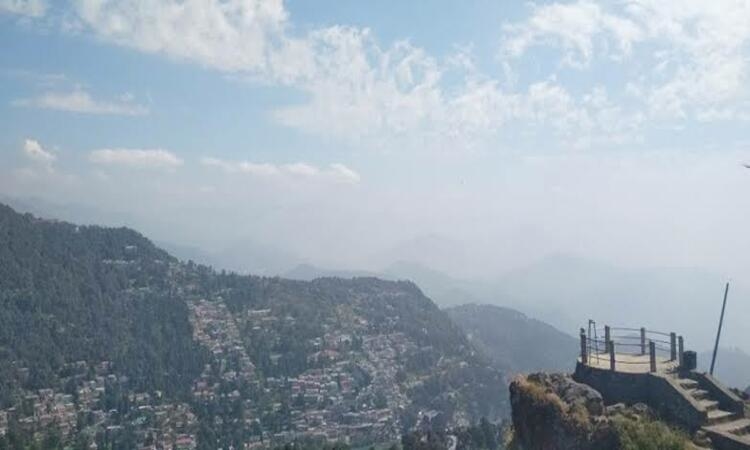 Tiffin top, one of the most popular picnic locations in Nainital, is a place where you can enjoy the breathtaking scenery of Nainital from its highest point. It is located atop the Ayarpatta Hills and offers a stunning 360-degree view of the Lake District. It is also known as Dorothy's Seat. Dorothy's Seat was named by a British Army officer in remembrance of her wife Dorothy Kellet, who died of septicemia.

The Kumaun Hills that surround this region provide a tranquil and serene setting that is a treat for all visitors. If you enjoy trekking, the Tiffin Top is an excellent 4-kilometer ride from the main city where you may walk by foot or hire a pony, both of which are readily available. 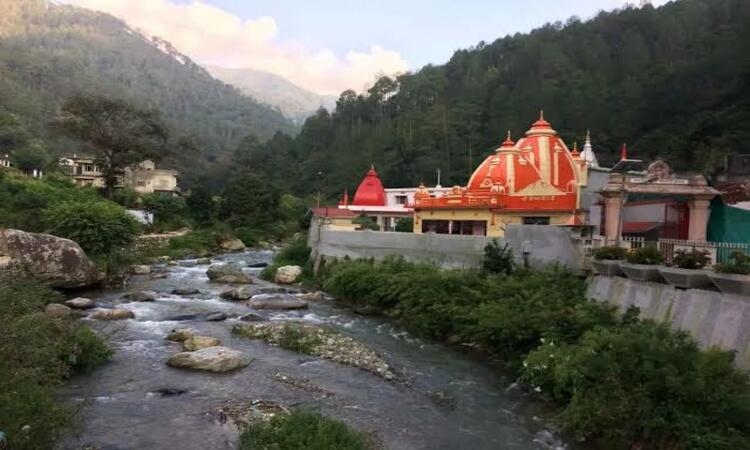 Kainchi Dham, another religiously significant location on the list of popular things to visit in Nainital, was erected in 1962 by Neem Karoli Baba, the creator of Hanuman Garhi. Kainchi Dham is a temple and an ashram surrounded by lush flora and magnificent hills. The temple is devoted to Lord Hanuman and is visited on a daily basis by various believers and devotees. 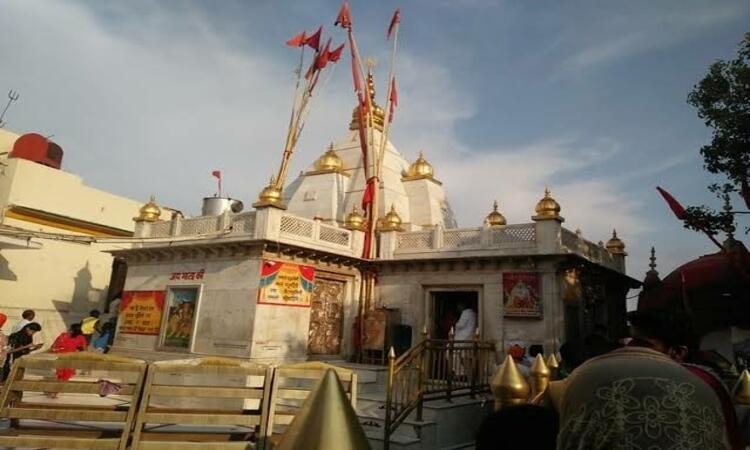 The Naina Devi Temple, located on the Naina hillock at the northern bank of the Naini Lake, is one of Northern India's most revered temples. It is a well-known Shakti Peeth in Hinduism, attracting worshippers from all around the country. It is claimed that this is where Sati's corpse's eyes fell when Lord Shiva carried her.

Nainital is open all year, however, the best time to come is between the months of March and June for people who want to go away from the scorching heat. And, for snow lovers, October to February is the ideal time to visit. However, depending on your plans here's a monthly breakdown of Nainital's weather conditions so you may plan accordingly:

These are the summer months of Nainital, and they are generally regarded as ideal for a day of sightseeing. This is also the greatest time to go on a boat excursion because the weather is nice. The afternoon can be extremely hot at times, especially during the months of May and June, therefore it is best to go boating after 4 p.m. The typical temperature at this time is between 10 and 25 degrees Celsius.

Heavy rain showers are forecast in July, and the rain can sometimes last all day. Rainfall between July and September can cause some roadblocks, however, it is handled on schedule by state government officials. Because it is the off-season, hotels offer great discounts and bargains to visitors during this time, and many budget travellers visit during the monsoon season.

October is an excellent season to visit Nainital because the weather is neither too hot nor too cold throughout the day. However, there is a cold in the air at night. The winter season in Nainital begins in November and lasts till February. This season has a lovely misty appeal, with temperatures dropping to zero degrees Celsius on the coldest days. If you enjoy the snow, plan a trip between the end of December and the beginning of January.

How To Reach Nainital?

The nearest railway station is 34 kilometres away in Kathgodam, at the foothills of the Kumaon hills. With regular trains to New Delhi, Kathgodam railway station has good access to significant places such as Delhi, Lucknow, and Howrah.

Ranikhet Express, Uttar Sampark, Kranti Express, Bagh Express, Dehradun Kathgodam Express, and Anvt Kgm Shatabdi Express are some of the prominent trains that depart from Kathgodam station. You can either take a shared cab or a private taxi to the city from outside the railway station.

Trains That Could Take You

Nainital is well-connected to all adjacent places via a well-maintained road network, notably National Highway 87, which connects it to Rudrapur and Rampur. Nainital is a 6- to 7-hour trip from New Delhi, with a few pit stops along the way. Various tour operators provide regular taxi services to and from Nainital, and visitors can also drive all the way up, taking care of the uphill trip.

Nainital has great bus connectivity to significant North Indian locations. There are several tour operators that offer daily bus service from New Delhi to Nainital, with options including air-conditioned, non-air-conditioned, sleeper, and Volvo buses. Boarding an overnight bus is the most convenient way to head to Nainital, although some buses operate during the daytime as well.

Nainital, as a highland station, lacks direct air access. The nearest airport is in Pantnagar, which is 65 kilometers from Nainital. Private chartered flights account for the majority of air activity to Pantnagar airport. There are no commercial flights to or from this location.

The other nearest airport is in New Delhi, which is roughly 290 kilometers from Nainital's center town. The Delhi airport is well-connected to places all over the world. You can get a private taxi from the airport for roughly Rs. 4000 to 4500.

You can visit and experience the magnificence just by booking train tickets online from the comfort of your home using the Trainman App. And it’s not just the train tickets booking system but other services such as checking the PNR status, live train status, train schedule, and seat availability that are easy to use as well. You only have to enter your IRCTC login credentials to book train tickets with ease.