India is a land of beauty, mystery, and worldliness. The charm of India is prevalent everywhere around the country and not just on the known trails. This gets proved by our very own “Lonar Crater – The Bowl of Mystery” located in the Buldhana district of Maharashtra.

Well, we are talking about a place on earth which is more than 50,000 years old and is said to be formed when a meteor hit this spot in Lonar and created a 1.8 km wide crater. Sounds like a science fiction story? Yes, the place was hit by a meteor and the crater formed by this meteorite strike is now a saline lake. Though it has been classified as a national geological heritage site by the Geological Survey of India (GSI) what makes this place historically special is that it is known to be a meteoric crater!

This lake is Earth’s largest and only saltwater lake in basaltic rock. Also, the lake is both saline and alkaline at the same time. This astronomical marvel is home to rich flora and fauna and unique natural surroundings with its dense forests. Each part of this region is considered unique and the lake itself is the “Bowl of Mysteries”. The lake has triggered many questions and theories that are beyond understanding. It’s a meteor mystery that has intrigued many researchers, astronomers, geologists, ecologists, and even NASA.

So, let’s find out more about this unique marvel where science meets religion. We’ll take you on a journey to this tranquil, offbeat yet surprising spot and its mysteries and facts through this article.

About the Lonar Lake
Lonar Crater Lake is a unique, tranquil and appealing geological marvel ringed with a thick green cover and is dotted with several temples around its fringe. It is considered to be more than 52,000 years old. It is the only Hyper-Velocity Crater on Earth. It was formed in the Deccan Plateau’s hard basalt rock, the only of its kind on Earth. During the Ice Age, a large meteoroid weighing 2 million tons crashed into this part of earth at an extreme speed of 90,000 km/hr. The hypervelocity impact led to a massive crater formation in the basaltic rock that is 1.8 km wide and 150 meters deep. This mystical Lake is located in the suburbs of Lonar Town in Buldhana district of Maharashtra. Aurangabad is the nearest major railway station for the lake. 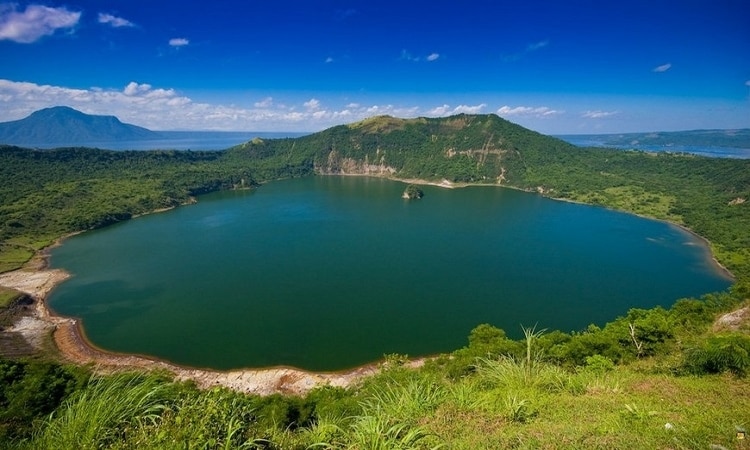 Lonar Lake has been declared as a Wildlife Sanctuary for the conservation and conservation of Lonar lake. Organizations such as the Smithsonian Institution, United States Geographic Survey in America and the Geological Society of India, Physical Research Laboratory of India have done a lot of research on this lake. Lonar Lake is also significant because it is both alkaline and saline at the same time. The pH of lake water is 10.5, which makes the lake water highly alkaline.

Mythological Relevance
In Hindu mythology, the place is considered important and has various legends associated with it. 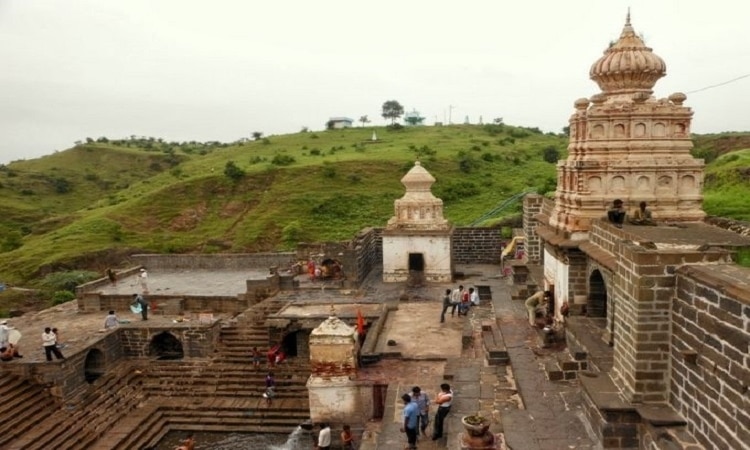 Other Interesting Facts
The Lake triggered various questions that are still under research by various organizations. Some of the questions like - Why is the lake alkaline and saline at the same time? Why does it support micro-organisms rarely found anywhere else on Earth? Why do compasses fail to work here? And what lies at the bottom? Some of the experts believe that the meteorite is buried deep in the crater. Some of the other facts associated with the lake are: 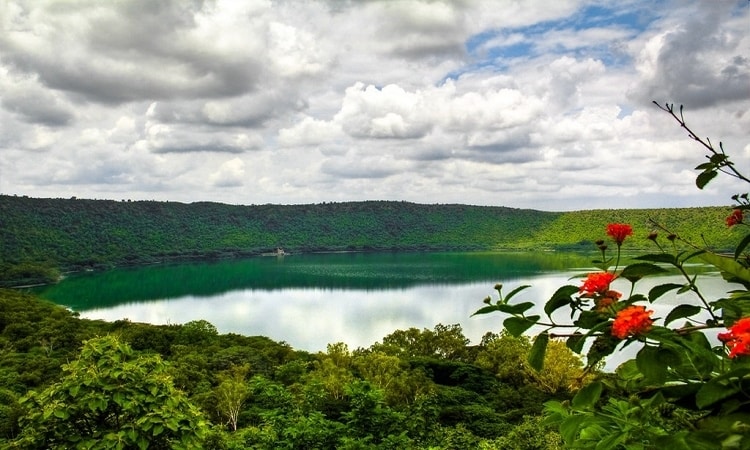 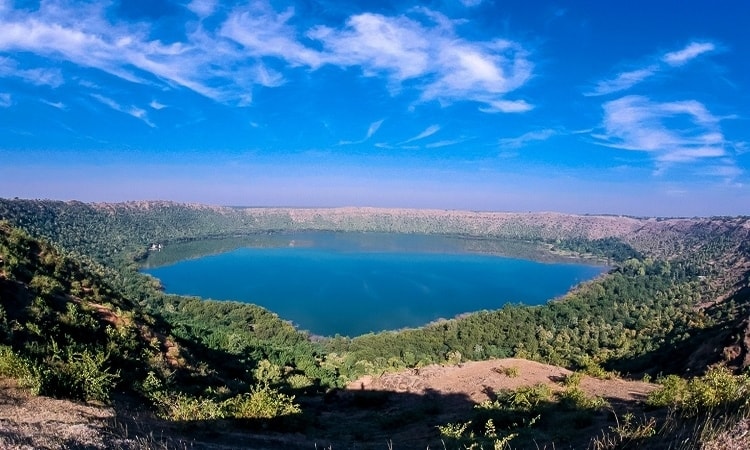 Sadly, a few years ago, the Government of India changed the eco-sensitive zone around the lake from 500 meters to 100 meters. This has been done to allow commercial development of the surrounding areas. Conservationists suggest that this will disturb the fragile ecosystem of the area and will lead to its destruction. Seriously, necessary steps must be taken to prevent this geological marvel of remarkable significance.

It’s a magical and beautiful remnant of the celestial event that occurred thousands of years back. It’s a place where science fiction meets religion. Here’s the Google Earth image of the Lonar Crater:

So, if you are tired of the known tourist trails and want to get yourself lost in a unique, offbeat and mysterious place, then Lonar Crater Lake is a perfect option! Book your tickets through Trainman app. Download Trainman App and check PNR Status of the booked ticket, Running Status, Seat availability and much more.