On Wednesday, the Railway Ministers of India and Bangladesh virtually launched the Jalpaiguri-Dhaka Mitali Express, which connects the two countries. The express, which runs between New Jalpaiguri in West Bengal and Dhaka in Bangladesh, is the third train between the two countries, following the Bandhan Express (Kolkata–Khulna–Kolkata) and the Maitree Express (Kolkata–Dhaka–Kolkata). The passenger train began its journey from West Bengal's New Jalpaiguri Railway Station.

Anshul Gupta, general manager of the Northeast Frontier Railway (NFR), who was present at New Jalpaiguri station for the inaugural run of the international service, stated that the train connectivity will increase opportunities for tourism and trade between Bangladesh and northern West Bengal, which is blessed with several destinations in the Darjeeling Hills and forests and tea gardens in the Dooars.

All About Mitali Express Train

The express train will travel 513 kilometers in nine hours between New Jalpaiguri and Dhaka (Dhaka Cantonment station). The train's total distance is 69 kilometers, with the remaining kilometers in Bangladesh. On Sundays and Wednesdays, the train will run from India to Bangladesh. It is scheduled to return from Bangladesh on Monday and Thursday. 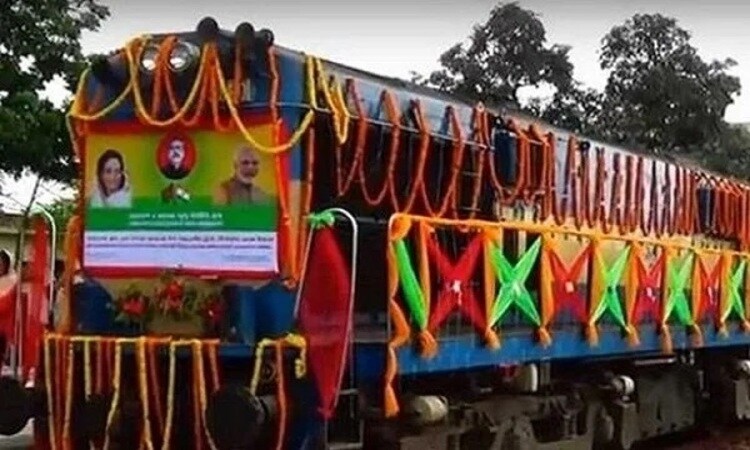 Suvendhu Kumar Chaudhury, DRM of the Northeast Frontier Railway's Katihar division, said "We are ready to begin services, and the train is fully equipped. Around 15-20 passengers have already purchased tickets for the first trip."

“It is a direct service with no pantry car. We have also installed CCTV cameras on the platform, and our Railway Protection Force (RPF) personnel will be stationed in every corner. The Border Security Force (BSF) will board the train at Haldibari and deliver it to Bangladesh at the Zero line.”

Don’t forget to book your IRCTC train tickets online with us to enjoy exciting features like PNR status prediction, Train Time Table and much more!!