We live in an age of incredible technological progress. Over the years, technology is constantly changing and has revolutionized our perspective of the world. Yet in many areas of life, things don’t seem to have changed that much and transportation is probably one of those. We haven’t moved much further from the transport systems which were there since the past decades. The roads are still full of cars, the train routes are all lined up and the skies are streaked by airliners. However the fantasy of futuristic transportation is very much alive right now and has been exemplified by a concept called “Hyperloop”. 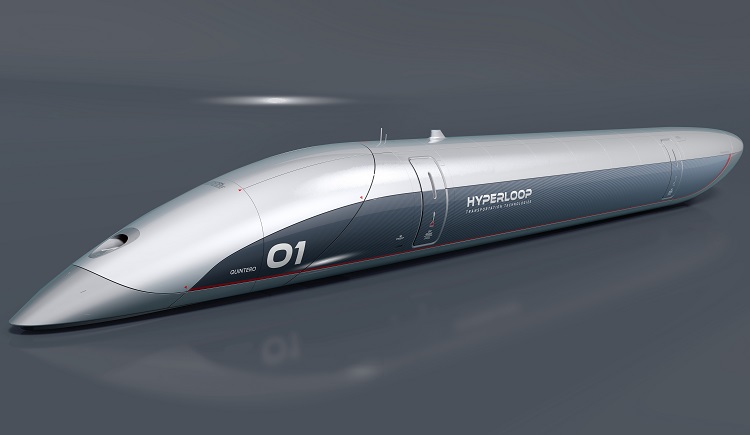 Hyperloop represents the greatest leap in transport infrastructure. With passengers sitting in pods that travel at airline speed through evacuated tubes using electric propulsion and magnetic levitation. It may feel like a science fiction, but it is on the cusp of becoming a reality. Hyperloop can revolutionize the transport industry, shortening travel times on land and reducing environmental damage all along. This is the blog behind a concept that is about to revolutionize our world.

What is Hyperloop?
The Hyperloop was first conceived by the US billionaire and entrepreneur, Elon Musk. He proposed something called a pod, or passenger car, that will move through a tube in a near-vacuum of airspace. His design addresses and solves issues with air pressure and resistance to reach speeds that modern-day trains could never hope to reach. For example, the journey from New Delhi to Mumbai which takes around 16 hours by train (Rajdhani Express) and around 2 hours by plane would theoretically take just 60 minutes. 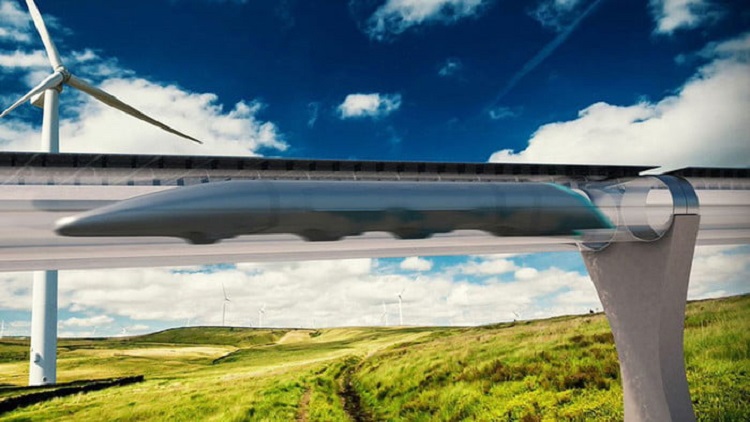 Hyperloop will work on the concept of magnetic levitation that would push the cargos at the speed as high as 1200 km/h and big vacuum pumps would eliminate the friction and air resistance. The developers believe Hyperloop would be even cheaper and better for the environment than the planes, trains, and cars. Musk has also encouraged startup firms and student-led projects to create their own versions of Hyperloop. The high-speed system uses a version of magnetic levitation, but what is it and how does it work?

How does the Hyperloop work?
The speed of conventional trains and almost all of the land based transport is limited by friction and air resistance. Hyperloop drastically reduces friction and air resistance. Let’s see how?
First, the tunnels through which it operates have most of their removed. They are not complete vacuums but much less air means reduced friction and less energy is required to reach higher speeds. Also, there will be compressor fans which would move the air around the passenger pods to minimize the drag and create “air bearings” beneath them, floating them off the surface of the tubes. 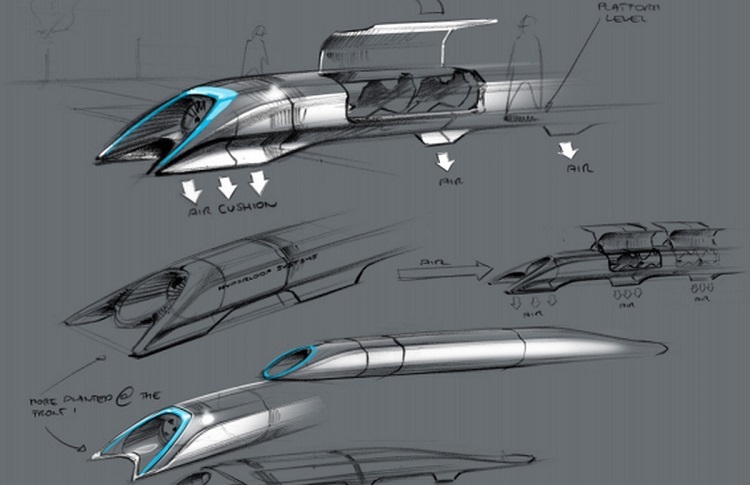 However the Hyperloop Transportation Technologies (HTT) - one of the companies leading the Hyperloop race uses passive magnetic levitation to achieve the same effect. According to this method, magnets are placed on the underside of the pods. This focuses the magnetic force of the magnets on one side of the array while almost entirely cancelling out the field on the other side. These magnetic fields cause the pods to float as they pass over electromagnetic coils embedded in the track. Thrust from linear motors propels the pods forward.

Recent Developments
From its inception, Musk had always stated that the concept of Hyperloop would be “open source” and he actively encouraged others to come together and develop the necessary technology, independently from his involvement. This led to the formation of several startups and student teams developing various aspects of Hyperloop technologies with various degrees of success. Now several fully fledged companies are making significant strides to bring Hyperloop systems into reality.
Hyperloop Transportation Technologies (HTT), are making aggressive advancements and recently constructed a full scale test track in France.

Virgin Hyperloop One, are on track to achieve their bold ambition of bringing a hyperloop system into operation by 2021. Deviating slightly from Musk’s original idea, Virgin Hyperloop One’s combines two basic principles. One is the magnetic levitation and second, the use of low pressure vacuum sealed environment for the passenger pods to travel through. 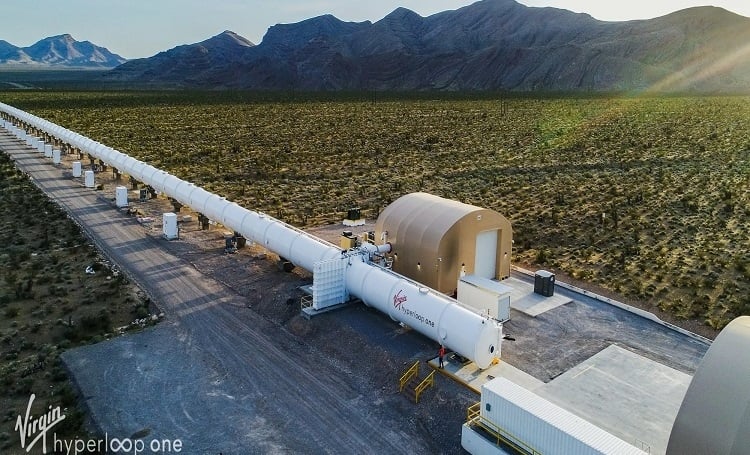 Their system is controlled by advance software that ensures acceleration and deceleration occurs gradually going unnoticed by those travelling inside. Having built 500 meters track in the Nevada desert in North Las Vegas, Virgin Hyperloop One have carried out several tests.

DGW Hyperloop, is the startup based in Indore. It has proposed to connect Delhi and Mumbai by the “Delhi-Mumbai Hyperloop Corridor.” DGW claims that time duration of a trip between Delhi to Mumbai will be 60-80 minutes. Depending upon the stations where Hyperloop is taking stops. While an exact figure wasn't given, the team says that the fares would be lesser than a flight between Delhi and Mumbai.

Hyperloop in India
The system might be a reality in India in the next five to seven years. Yes, you’ve heard it right !! India might even be the first country to boast of this futuristic transport system as the US-based firm Virgin Hyperloop One has signed an agreement with the Maharashtra Government to build a Hyperloop system between Mumbai and Pune. Once the project is launched, the travel time between the two cities will be reduced from the usual 3 hours to 25 minutes. 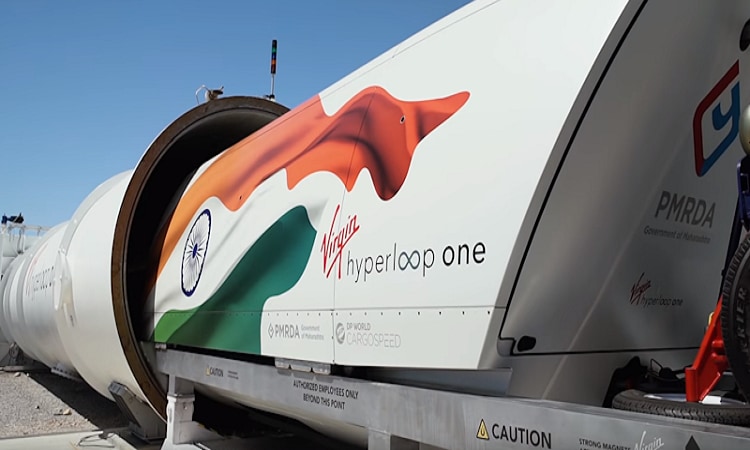 Mumbai to Pune in 25 Minutes!
Sounds unbelievable but yes it is absolutely correct. In a notification issued a few months ago, Maharashtra government Urban development department declared the Pune-Mumbai Hyperloop project as a public infrastructure project. In fact, Devendra Fadnavis, Chief Minister of Maharashtra, visited the Virgin Hyperloop One test site in Nevada last year and held a meeting with the company’s CEO and board member, Rob Lloyd. According to the sources, the Hyperloop demo will be conducted on a 15-km stretch in 2019 from Balewadi, Pune. The route will run parallel to the Mumbai-Pune Expressway. Currently trains like Rajkot Coimbatore Express (16613), Vivek Express (19568) are some of the fastest running trains between Mumbai and Pune.

Here is the comparison of different modes of transport along with the futuristic Hyperloop between Delhi and Mumbai. 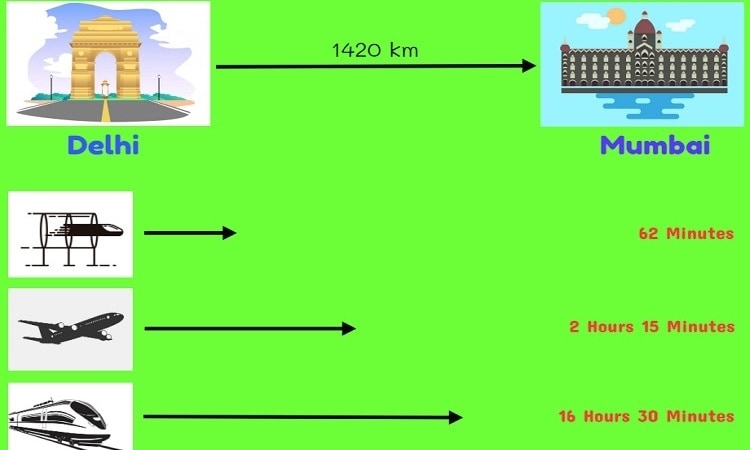