One of the biggest festivals of the springtime - Holi (festival of colours) is round the corner and the roads have already started getting decked up with colours, flower petals, savouries, laughter and cheerfulness. Holi is a unique festival which is celebrated on the full-moon day in the month of Phalguna and marks the end of the winter season. This year the festival of colours falls on March 10, 2020. Apart from the gaiety and colourfulness, Holi is celebrated as a festival of victory of good over evil. As there are a countless number of beliefs and traditions, the mythological significance behind each one of them is also different. Holi is not just about smearing colours and dancing on Bollywood numbers, there’s more to the spring fest. Let us have a look at the interesting tales that whirls around the Holi.

If you want to know about the top places to visit for Holi celebration then do read the blog Holi in India.

Folklore of Radha Krishna
A famous story associated with Holi is the tale of the divine love of Radha and Krishna. As per the mythological beliefs, Krishna was very unhappy with his dark complexion. One fine day in a mischievous mood, he had applied colour on Radha's face, making her one like himself. The prank of Krishna where he applied colour on Radha and other Gopis using pichkaris gained so much popularity that it evolved as a tradition. Now, the use of colours and pichkaris has become a trend and a part of the Holi festivities. This festival is celebrated with great zeal and enthusiasm especially in Mathura, Vrindavan, Barsana and Nandgaon. 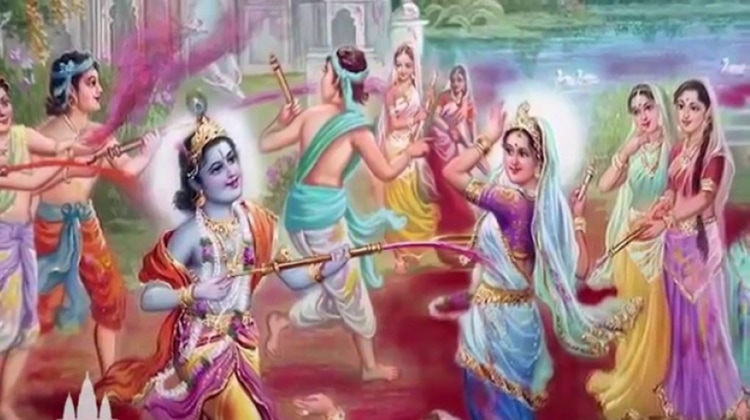 Legend of Holika and Prahlad
One of the saga associated with the festival of the colours is of the Hiranyakashipu - king of asuras had a son named Prahlad, who was an ardent devotee of Lord Vishnu. The evil king wanted his son to give up faith on Lord Vishnu and stop worshipping him. When Prahlad refused to do so, Hiranyakashipu tried to kill him but Lord Vishnu saved him every time. As he failed a countless number of times in killing his son, he sought the help from his sister Holika who had the blessing that she will not be burnt by fire. The king made Prahlad sit on Holika's lap and set the two on fire. With the blessings of Lord Vishnu, Prahlad who kept chanting his name remained untouched and got saved from the blazing fire. 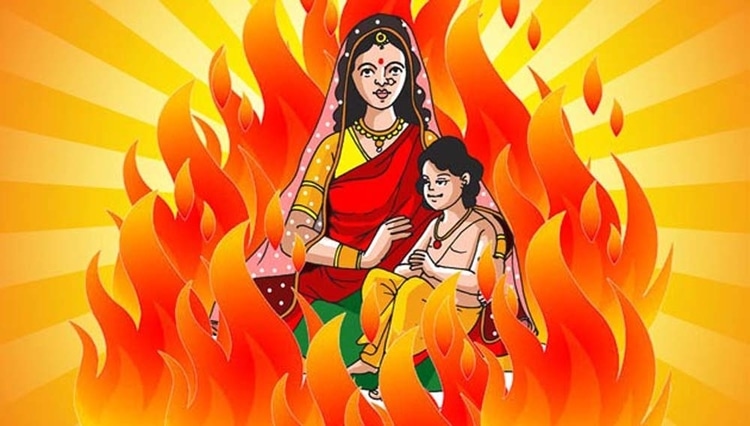 Legends stipulate that with the blessing of Lord Vishnu, a strong wind blew and covered Prahlad with a shawl. With this, the tradition of Holika Dahan came into practice signifying the victory of good over evil. 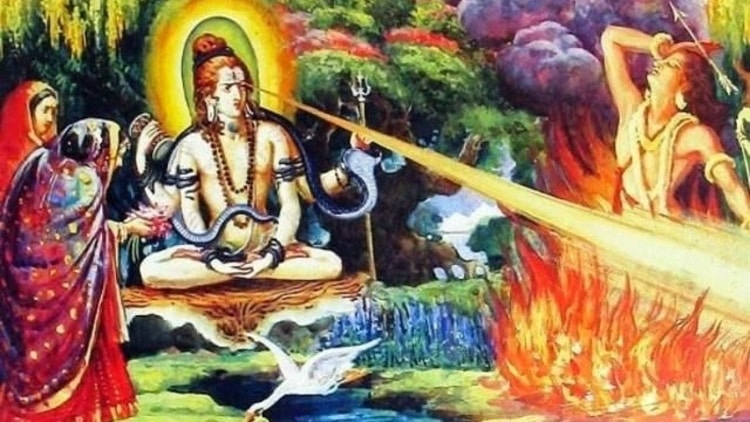 Another popular legend is of Kamadeva who risked his life to revoke Lord Shiva from meditation. According to the legend as Shiva’s consort Sati committed herself to fire, Shiva got sad and went into deep meditation renouncing his worldly duties. Meanwhile, Parvati (daughter of mountains) started meditating to acquire Shiva as her husband. As complication arose in the worldly matters, other gods approached Kamadeva to revoke Shiva from his meditation. Kamadeva knew that he might suffer the consequences, yet he did not deny shooting his love arrow on Shiva for the sake of the world. This made shiva extreme infuriated and led to the opening of his third eye and reducing Kamadeva to ashes. Kamadeva arrow made the desired effect and Lord Shiva married Parvati. 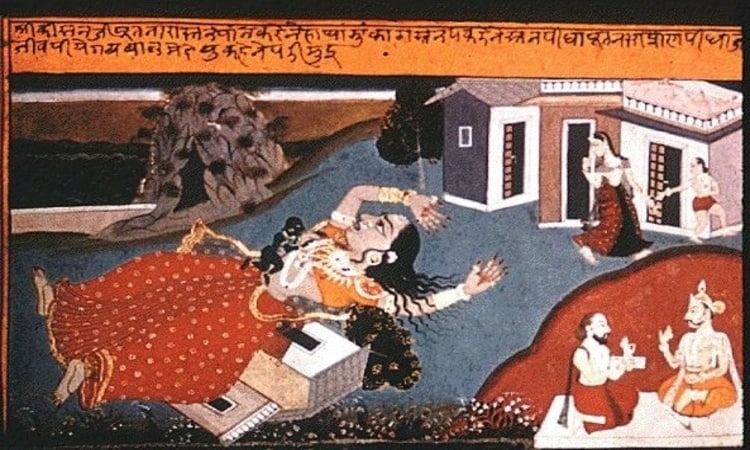 Some people also believe in the legend of ogress Putana who tried to kill infant Krishna by feeding him poisonous milk. Lord Krishna’s wicked uncle Kansa sought help from Putana to kill Lord Krishna. Putana masked herself as a pious woman and fed Krishna with the poisonous milk. However, Krishna then sucked her blood which revealed the monster behind the sacred woman and laid her to death. This auspicious day is commemorated as the victory of divinity over demonic forces. On the night before Holi, the effigy of Putana (ogress who nearly killed baby Krishna) is burned to celebrate the victory of god over evil forces. 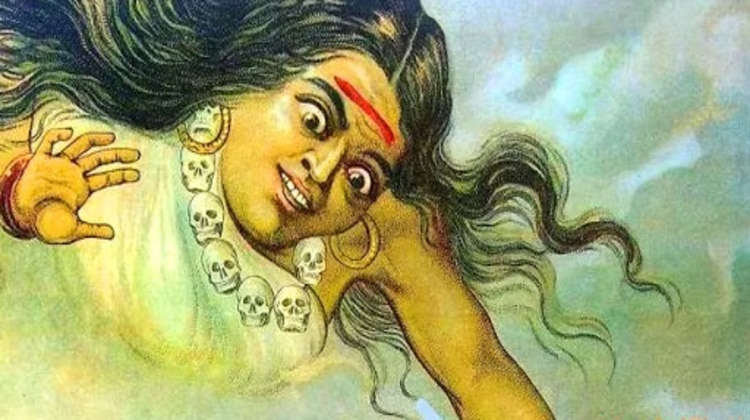 The other story is about an ogress Dhundhi who used to trouble children in the kingdom of Raghu. Giantess Dhundhi was blessed with a boon from Lord Shiva that she would not be killed by Gods or men and would also not suffer from arms, heat, cold or rain. But she had one weakness which was that she would not be able to withstand the noise and pranks of children. Knowing of her weakness, the priest advised the king to send 15 children out of her house on Phalguna and make a heap of wood and grass, set it on fire, make noise which would tease and drive away the ogress. For this reason, letting children make noise and pranks at the Holika bonfire became a part of Holi celebrations.

I am sure that now you must be aware of myriad sagas akin to the celebration of the festival of colour. All the stories which circle around the Holi festival are based on the victory of good over evil. Trainman wishes you a very Happy Holi! Embrace this day by visiting your friends & family and book your tickets through the Trainman app. Download the Trainman App to check PNR Status of your ticket, to get running status, to get train seat availability and many such features.