Have you ever wondered what it feels to be treated as a royal? Everybody has. We have all seen too many movies, TV shows and read enough books to know that the royals live in a world amongst themselves which is quite different from the rest of us. Well now you have a chance to enjoy all the niceties accorded to royalty by enjoying a ride on the South India’s only luxury train - The Golden Chariot.

About the Train
Named after the famous stone chariot in Hampi, a UNESCO World Heritage Site, this train is a fine balance between a glorious yesterday and a joyful tomorrow where you can travel overnight in comforts of luxuriously furnished AC cabins with private attached bathrooms. It is a joint venture of the Tourism Department of the Karnataka government and IRCTC. The Golden Chariot Train operates on three different circuits of South India all departing from Bengaluru.

Designed to recreate the aesthetics of Dravidian Culture, this luxury train comes equipped with some of the most modern interiors and designing. This is a perfect fit for the travellers who like exploring offbeat places as it is designed in such a way to showcase the culture and diversities of South India. 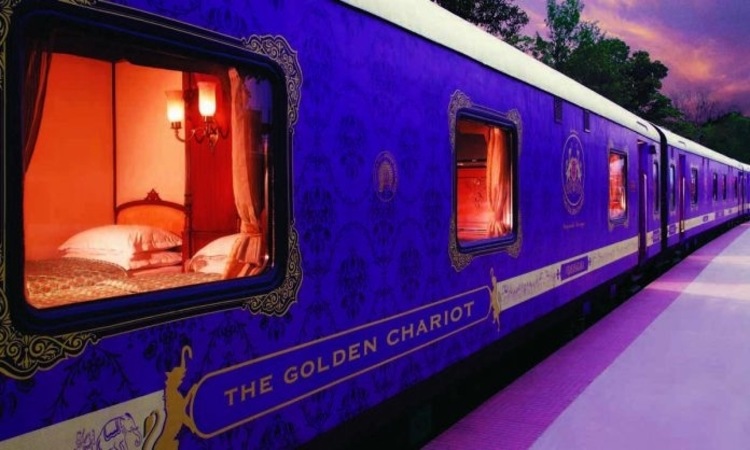 According to its website, the only luxury train in South India, "Golden Chariot" offers an insight into treasure trove of archaeological wealth, abundant bounty for wildlife seekers and a kaleidoscope of culture for it's esteemed guests. It offers a mix of heritage, culture, eco-tourism and beach life. One can recline and relax with luxury on the inside, thus far reserved for royalty.

Features of the Golden Chariot
It has a myriad of features including Wi-Fi and OTT streaming onboard, complimentary house pours and wines, choice of international and Indian cuisines, all monument entry tickets, off board evenings with meals and cultural performances etc. to make the train a completely memorable experience. 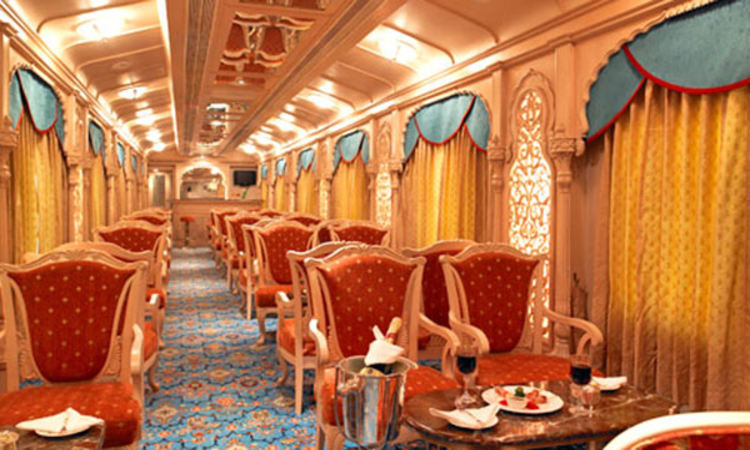 Dining Services
The interiors of the two dining cars (called Nala and Ruchi) are inspired by the royal aesthetics of Hampi and Halebid temples. There is a wide variety of cuisine available on board which caters to both vegetarian and non-vegetarian culinary options. While the plush and royal interiors of the Cigar Bar Lounge (called Madira) are modelled after the early 20th century Mysore Palace.

Fighting fatigue
There are 2 massage rooms for traditional and age old Ayurvedic massages. They offer definite cures for modern day fatigue and stress. Also there is a fully equipped gymnasium which is available to all the passengers who are on board.

History of the Golden Chariot
In 2002, the idea of the Golden Chariot train came into development by a MOU signed by KSTDC (Karnataka State Tourism and Development Corporation) and Ministry of Indian Railways. The train was named as Golden Chariot after the iconic stone chariots of Hampi, the ancient city of Vijayanagar reign. It’s maiden journey started on 10th March, 2008. The train's first voyage started in Bangalore and ended in Goa, connecting numerous cultural and historic destinations along the way. 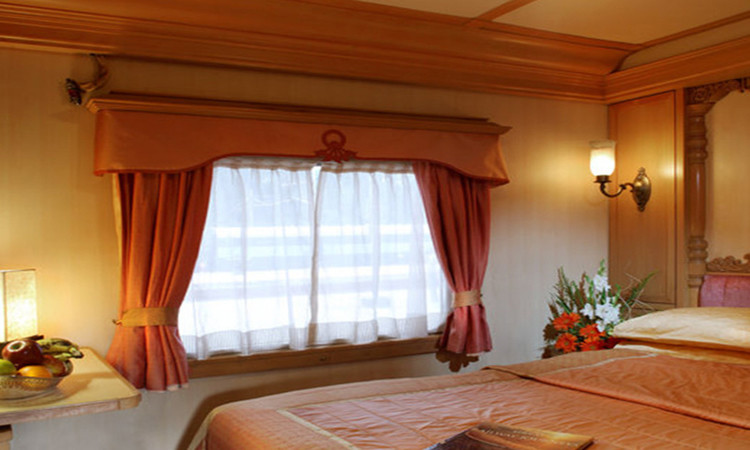 Routes covered by the Golden Chariot
Pride of the South- Bangalore – Kabini/Bandipur – Mysore – Hassan – Hospet – Badami – Goa – Bangalore. This ride covers famous churches of old Goa, an old Portuguese house now converted into an emporium for shopping and refreshments, evening on the beach.

So Friends do take a ride on the Golden Chariot luxury train whenever you get a chance and let us know how different your experience was from regular train rides. Keep reading the trainman blog to get the latest updates on railway and travel. For your one-stop solution, book your train and flight tickets through the Trainman app. Download the Trainman app and check PNR Status of the booked ticket, Seat Availability, Running Status and many such exciting features.