The “City of Joy”, Kolkata is set to experience one of the world’s most astounding inventions in the form of an underwater metro train. It is going to be one of the path-breaking projects in India as this is the first time when a tunnel is being built beneath a flowing river. After the completion of the project, India will get its first underwater metro that will pass through a tunnel several meters under the Hooghly River. The tunnel has been dug 30 meters below the riverbed and is a few meters away from the renowned Howrah Bridge.

The work on the metro rail line is almost complete and the service is expected to start soon. The tunnel has been named as “East-West Metro Tunnel”. Hooghly River will become the first river in the country to have a tunnel beneath it. The tunnel has been constructed using world’s finest technology and two tunnels are being constructed on the up and down line, which is about 1.6 kilometers long. The width of the Hooghly River here is about 520 meters and this tunnel passes down the riverbed. 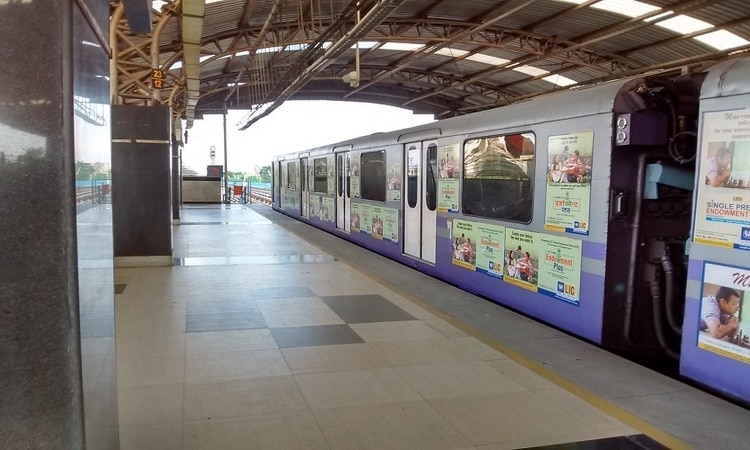 This project of Kolkata Metro was conceptualized in 1971. The sanction of the East-West corridor connecting Howrah Railway Station and Bidhannagar through an order dated in July 2008. This line will connect Howrah and Sealdah Railway Stations which are two of the busiest railway stations in the world. Each of which has a footfall of about 10-12 lakh passengers per day. Commuters travelling between these two stations will spend around one minute under the river. The metro train will run at a speed of 80 km per hour.

Last week, Railway Minister Piyush Goyal tweeted about the development saying, “Operating under Indian Railways, Kolkata Metro has constructed the first-ever transport tunnel in the country which will pass through underwater. The tunnel has been constructed using world’s finest technology, soon rail travel will be introduced for rail passengers on this route.”

The project had to go through major challenges. Around 10 lakh tones of mud have been dug up for the tunnel construction. The tunnel boring machines which are termed as the “Earth Pressure Balancing Tunnel Boring Machines” have been used for the first time in Eastern India. 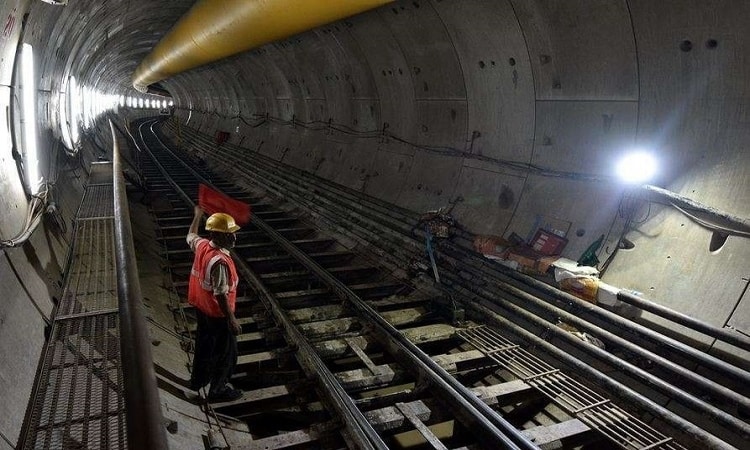 For tunneling below the river, the water tightness, waterproofing and the design of gaskets were also major challenges because the tunnel has been constructed for a service of 120 years and during the service, water leakage can become a major problem.

Also, it was ensured that special care must be taken as the tunnel is going through many heritage buildings. Kolkata Metro had to take permission from Archaeological Survey of India for construction of a tunnel within 100 meters of three heritage buildings. And so the tracks have been made to have sharp curves by using latest technology. The up and down tunnels will be around 1.6 kilometers long and the train will run without a driver. There will be six air-conditioned coaches on the train and it will have a capacity of 1,000 passengers. 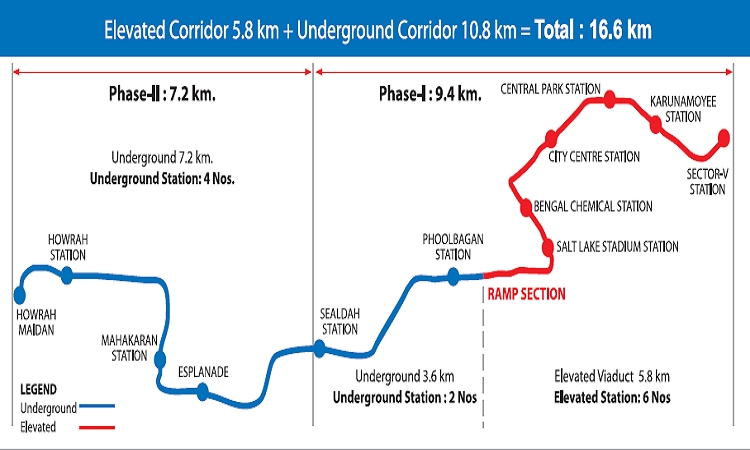 The underwater tunnel of Kolkata Metro will provide a unique travelling experience for commuters. It will be like travelling more than a ten storied building below the water surface for almost half-kilometre across the Hooghly. According to Kolkata Metro officials, the tunnel is a “marvel of modern technology” – a “resounding first in India” as well as a “rare venture worldwide”

The Eurostar, which connects Paris-London undersea tunnel supports the analogy for the level of technology used by Kolkata Metro. The organization is spending Rs 8,572 crore on this entire project. 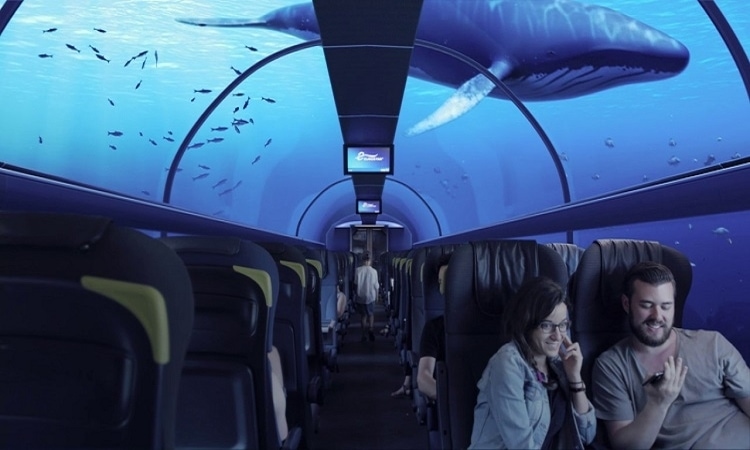 This project has been in progress since 2009. It is expected that this line will be fully functional in 2021. Railway is expecting about 10 lakh people to use this line of Kolkata Metro by the end of 2035. This state-of-the-art metro line will surely change the face of Indian transport!