The festival of lights along with togetherness and grandeur is special in itself. While the entire nation is still under the hangover of Diwali - festival of lights, Varanasi is impatiently waiting for its special festival of the year Dev Deepawali. Dev Deepawali or Dev Diwali is the ‘Diwali of the Gods’ that takes place in the holy city of Varanasi every year on the full moon of the Hindu calendar month of Kartika. Observed after fourteen days of Diwali, it marks a tribute to river Ganga. Most of you must not be knowing about this festival but it is equally magnificent as Diwali. Dev Deepawali is marked on a small scale in certain parts of India around the states of Gujarat and Uttar Pradesh. The biggest and most significant celebration is centred around the home of Lord Shiva and India’s most spiritual city – Varanasi. This year Dev Deepawali is taking place on the 29th November. If you want to know how Diwali is celebrated across India then do check out the blog Diwali in India.

The legends behind Dev Deepawali
It is believed that holy deity Lord Shiva returned to his home in Varanasi after defeating and slaying the demon ‘Tripurasur’. The theme of Diwali celebration is not only based on triumph of good over evil but also thanking the gods – this element adds an extra level of religious significance to the occasion. 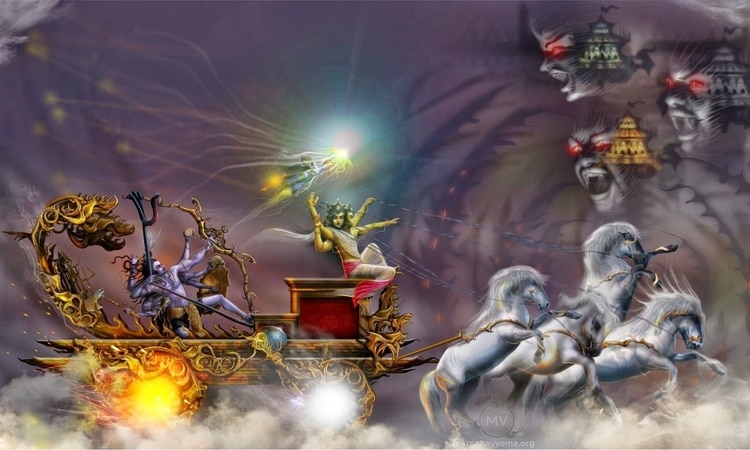 It is a popular belief that on the full moon night, gods are believed to descend on the Earth to visit Varanasi and bathe in the River Ganges joining the victory celebrations. Another popular legend speaks of the return of Lord Vishnu to his abode after the Vamana incarnation. Thus it has become an old tradition in the entire city to light lamps to welcome Gods. 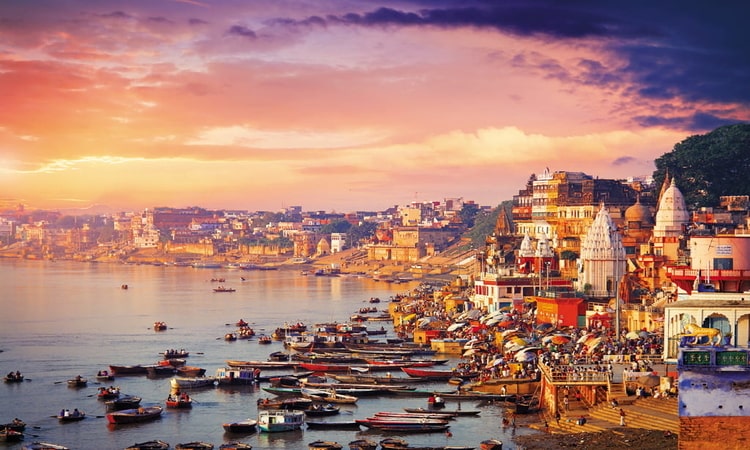 Dev Deepawali Rituals
Kartik Snan and Deep Daan are the two most crucial events performed during the festival. The Kartik Snan takes place early morning and devotees take a holy dip in the Ganges river bowing to the Sun. While in the evening they perform Deepotsav under the full moon. Amidst chanting of Vedic hymns, diyas and lamps are lit everywhere literally at every corner of the city and is a wonderful sight to watch. Millions of diyas light up the night all the way from Ravidas ghat to the last edge of Rajghat to pay homage to Maa Ganga. 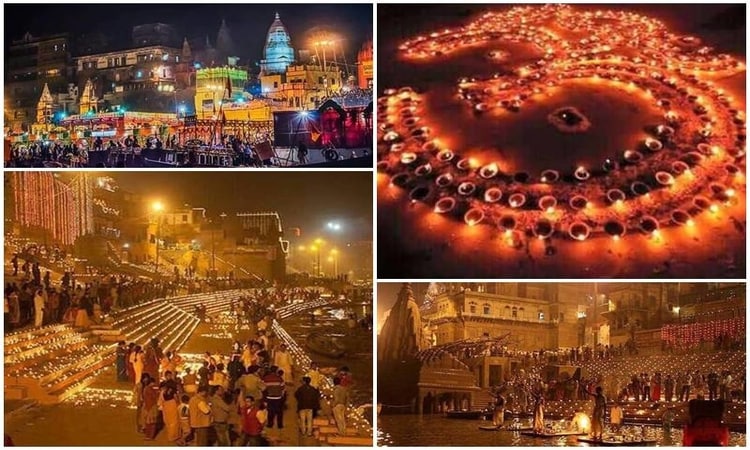 Maha Ganga Aarti
The most auspicious and important part of the evening is the Ganga Aarti. It is the most elaborated form of aarti that you have seen. Ghats of Varanasi comes alive with thousands of diyas and huge lamps that are set ablaze with the vigorous chanting of hymns by the priests. Tourists, as well as devotees, come from all over the globe to watch the magnificent Maha Ganga Aarti! 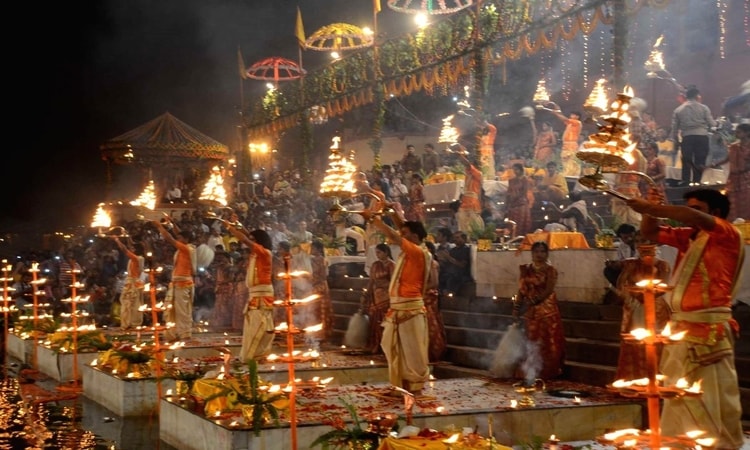 Fireworks and lasers light up the sky, music and dancing take place along the river, as well as the usual evening aarti ceremony where light is offered to the gods. As the festival is thought so holy nearly 100,000 pilgrims make their way to Varanasi over this period to celebrate, pray and take a holy dip in the sacred Ganges to wash away their sins. 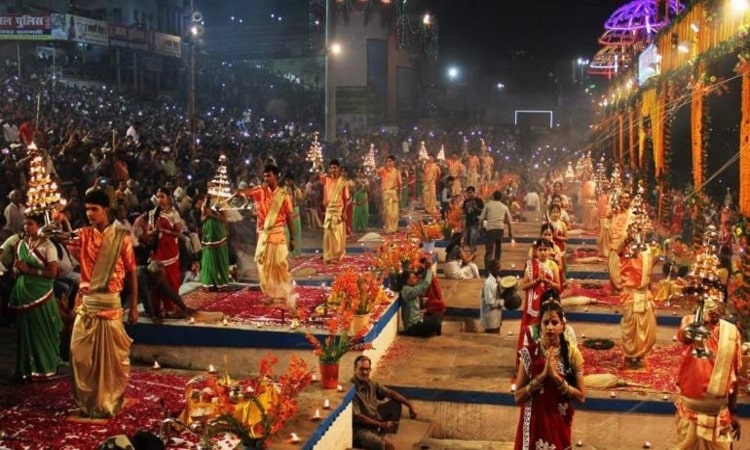 Clay oil lamps are symbolic of Diwali celebrations across India. The tradition of lighting oil lamps during Dev Deepawali was first started at the Panchganga Ghat in 1985. During Dev Deepawali in Varanasi you will also find courtyards, window panes, temples, streets and ghats decorated with millions of oil lamps everywhere. In all, Dev Deepavali promises an incredible journey of culture, music and dance. 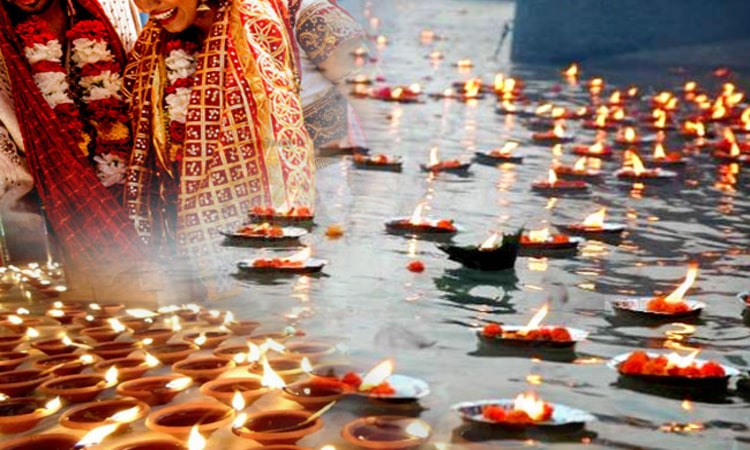 One of the best ways to enjoy at the ghats is to get off Assi Ghat and walk for around 4 km towards Dashashwamedh ghat which is the main ghat for Dev Deepawali celebrations and where the grand Ganga aarti takes place. 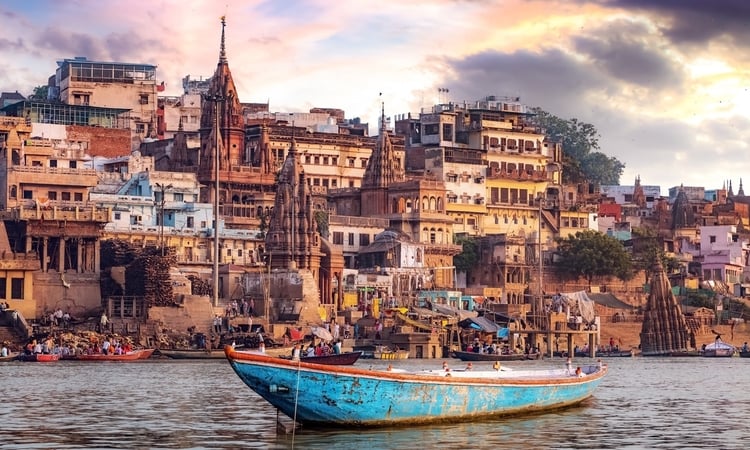 How to reach
Varanasi also known as Kashi and Benaras is one of the oldest cities in India. As it is a religious hub it draws a large number of foreign visitors every year. Varanasi is well connected to the other parts of the country by air, road and rail.

By air: Lal Bahadur Shastri Airport also known as the Varanasi Airport is the closest airport which is 18 km away from the main city. Regular flights are operated from Agra, Delhi, Bhubaneshwar, Kolkata, Ahmedabad, Mumbai, Goa, Bengaluru, Thiruvananthapuram and Hyderabad. Once you reach the airport, you can hire taxis to reach the city centre.

By rail: For train enthusiasts, Varanasi Junction (BSB) is the nearest railway station that serves almost 360,000 passengers daily. Around 240 trains pass through the city connecting some of the major cities like Surat, New Delhi, Kanpur, Ahmedabad, Lucknow, Kolkata and many others. Here is a list of trains between New Delhi and Varanasi. From the station, you can hire a cab that can take you to the city centre directly.

By road: Varanasi has excellent connectivity by road with cities like Allahabad, Lucknow, Patna, Gorakhpur and Ranchi. A number of state buses and private services including some very comfortable air-conditioned luxury buses ply frequently from Lucknow to Varanasi.

With Varanasi’s rich cultural heritage Dev Deepawali is an absolute time to savor the beauty of the city. Trainman wishes you all a very Happy Dev Deepawali!! For a hassle-free experience, book your train tickets now through the Trainman app. Download the Trainman App and check PNR Status of the booked ticket, Running Status, Train between stations and a lot more such features.