Cyclone Fani, which is spreading across the entire coastal belt in India, has affected the movement of several trains, thus causing a lot of inconvenience to passengers. The East Coast Railways have also issued a statement saying as many as 103 trains had to be cancelled which pass and originate from across the southern coastal areas of Orissa, West Bengal, and Chennai and other vulnerable pockets of south and east India under the East Coastal Railway. 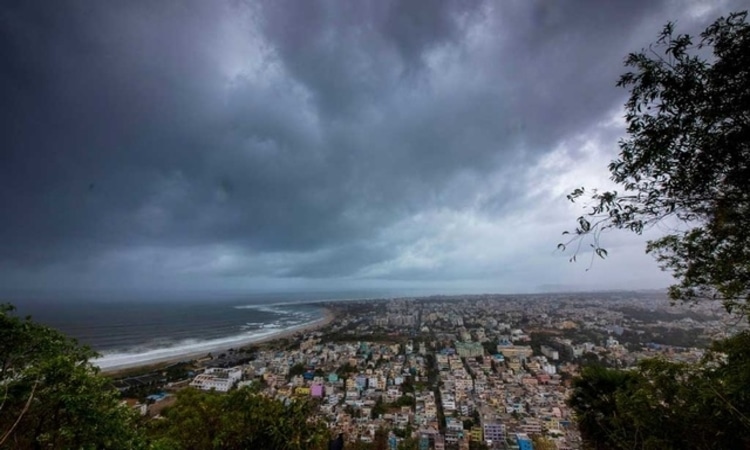 Cyclone Fani is likely to make landfall in the state on May 3. Among them, a number of cancelled express trains also originate and pass through Bihar to different destinations in the south including Yahswantpur, Puri, Chennai, and Ernakulam. As many as 43 trains connected to south India have also been cancelled or delayed. 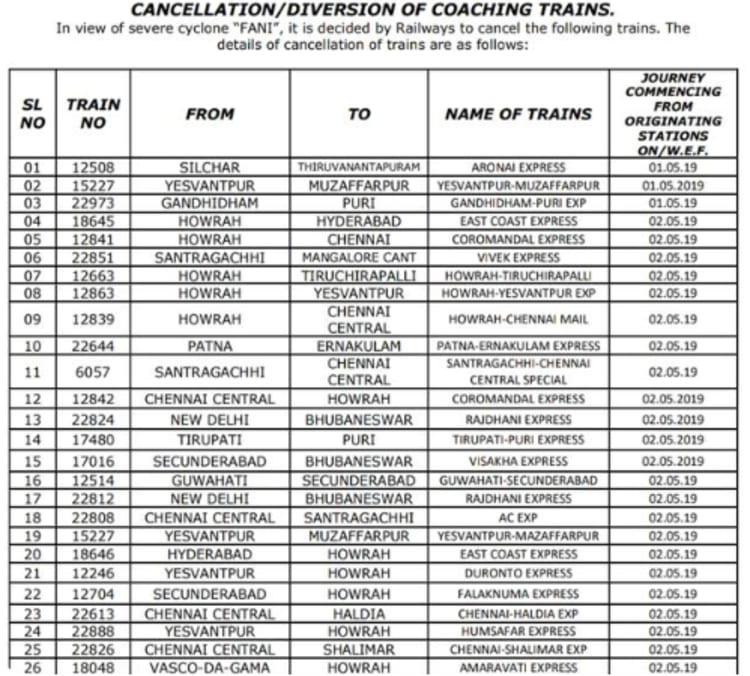 As per the railways, these trains that run between Howrah and Puri and other South India destinations have been halted due to the ‘yellow alert’ issued by the weather department over Cyclone Fani. While South Eastern Railway zone has cancelled 17 trains between Puri and South India, a total of 26 trains originating from South India will not run on the scheduled routes today. 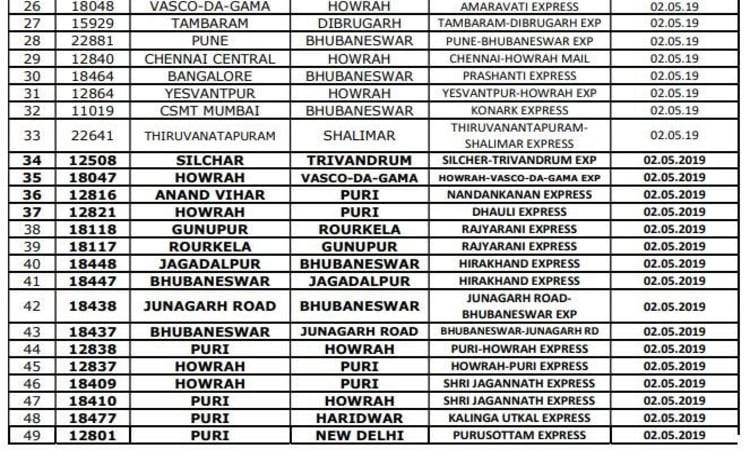 The railways anticipating extreme severe impact of cyclonic storm of Fani across the coastal areas of southern India, has placed its machinery also on high alert. The cyclonic whirlpool is feared to surge 1.5 meter in height, inundated low-lying coastal areas and may cause heavy damage to railways routes and networks. Among the cancelled 103 mail and express trains, prominent are the 22644 Patna Ernakulum Express, 12842 Chennai Central Howrah, 22824 Bhubaneshwar Rajdhani Express via Bihar, 17480 Tirupati Puri Express etc.

Cyclone Fani has caused thousands of people to be evacuated along India’s eastern coastline and trains have been canceled as the ‘Extremely Severe Cyclonic Storm’ is on track to impact 19 districts. The railways have reportedly said there will be full refunds granted to passengers for the canceled or diverted trains. 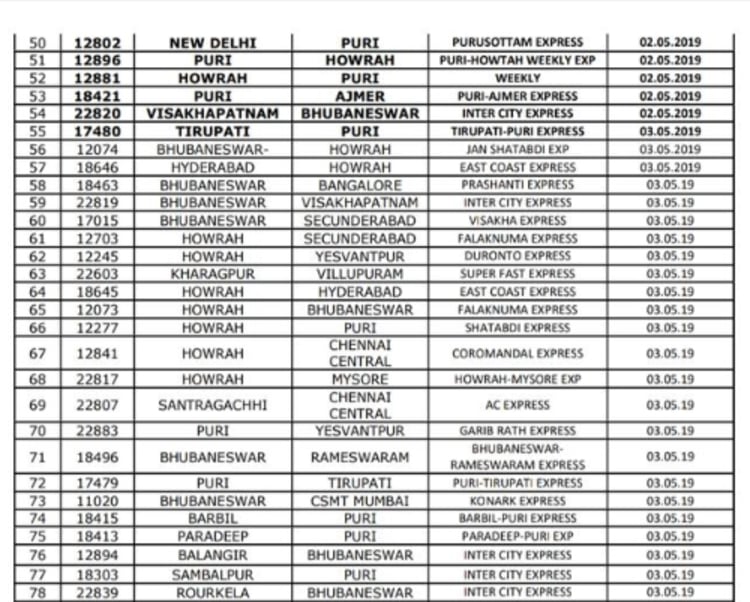 While you scan the Internet for news, beware of rumours! Whatever you come across, verify the information from credible news sources before sharing the information with others. 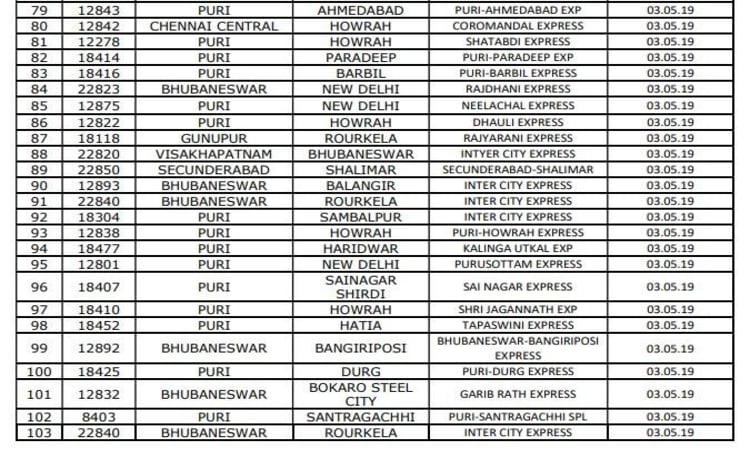 Book Train Ticket as well as airplane tickets right from the Trainman app. Download Trainman App, to check PNR Status of your ticket, Running Status of your train, seat availability of any train and much more.