Indian Railways has more than 165 years of rich history! It presents a wide range of both tangible and intangible heritage. Railways occupy a special place within the national heritage spectrum of India. Over the years, a lot of serious attempts have been taken by the railways for safeguarding its industrial as well as living heritage. Actions have been taken to carry forward the cultural legacy of the railways to the future generations.

Various heritage builts like buildings, bridges, via ducts etc has been provided a special significance by the Indian Railways. As of now, about 25 bridges and 70 buildings are designated as Heritage Assets by Indian Railways. Notable among them are Yamuna bridge near Naini, Sonenagar Bridge, Pamban via a duct, Bandra suburban station, Pratap Vilas Palace, Glenogle Bungalow, Mumbai, SER Headquarter, etc. 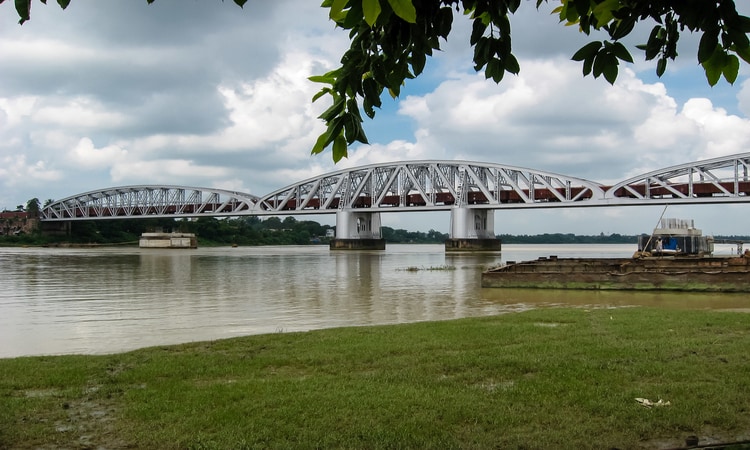 There are thousands of railway bridges in India and out of them, over 37,000 of bridges are more than 100 years old and around 6,680 are more than 140 years old!! Sounds insane but that’s a correct number as per the government records. It was stated that there are 37,162 bridges in the country which are a century old. However, the age of a bridge does not have any direct relevance to the physical condition of the bridge. Indian Railways carries out an inspection of bridges and effective measures to maintain the bridges.

Out of these thousands of century-old bridges, only 25 bridges are designated as heritage and ranked on the Heritage Directorate of the Indian Railways. Of those bridges, we’ll be talking about one of the important bridge, The Jubilee Bridge and see why it is still considered an architectural marvel which served the railways for 129 years. 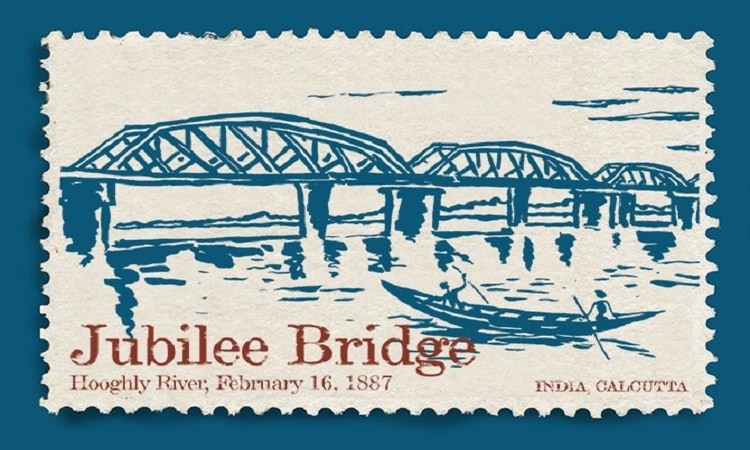 The Jubilee Bridge, known originally as the Hooghly River Bridge, is an important rail bridge over Hooghly River between Naihati and Bandel Junction. The bridge was constructed by the East Indian Railway and connected to the East Bengal Railway (EBR) enabling freight traffic from upper India to run to the Port of Calcutta, with a charge being paid to EBR for the use of their tracks.

It was an important rail carriageway over Hooghly River. It was constructed in 1882 and after 129 years of service, was decommissioned on 17 April 2016 when it got replaced by Sampreeti Bridge, which now serves train passengers over the two sides of Hooghly River. 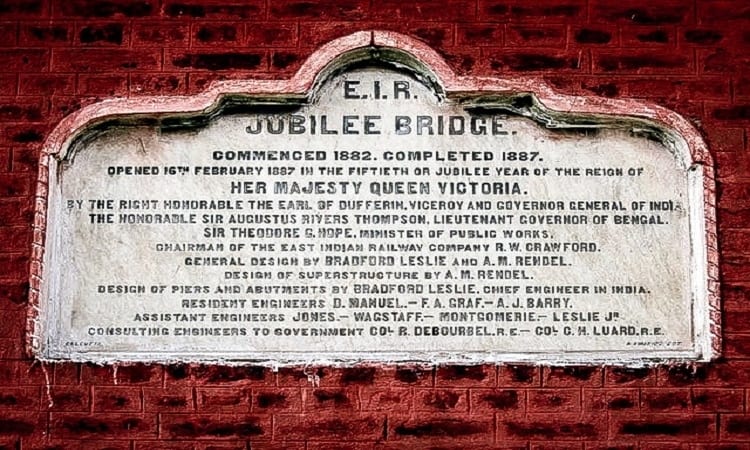 The construction of the bridge started in 1882 and was completed in 1887. It was constructed to span the Hooghly River near Kolkata (Calcutta) which was also the capital of erstwhile British India. It was inaugurated on 16 February 1887 in the fiftieth or jubilee year of the reign of Queen Victoria. Hence the name is ‘Jubilee‘. The inauguration was done by Lord Dufferin, who was the Governor-General of British India back then.

The Jubilee Bridge was significant and interested in various engineering enthusiasts. It was a cantilever truss bridge, constructed entirely by riveting, without any nuts or bolts used in the construction. The bridge was built around 34 years after the first commercial locomotive train ran in the country. The Chief Engineer in charge of construction works was Lt Col Arthur John Barry, nephew of Sir John Wolfe-Barry, who was also the project engineer of famous London Tower Bridge. Its steel was manufactured by Hawks Crawshay of Gateshead in England and James Goodwin of Motherwell in Scotland. The Bridge was designed by Alexander Meadows Rendel, Consultant Engineer to EIR and Bradford Leslie, the EIR Chief Engineer. The Jubilee Bridge is considered to be remarkable for both of their bridge-building careers allowing trains to cross the Hooghly River to Calcutta. 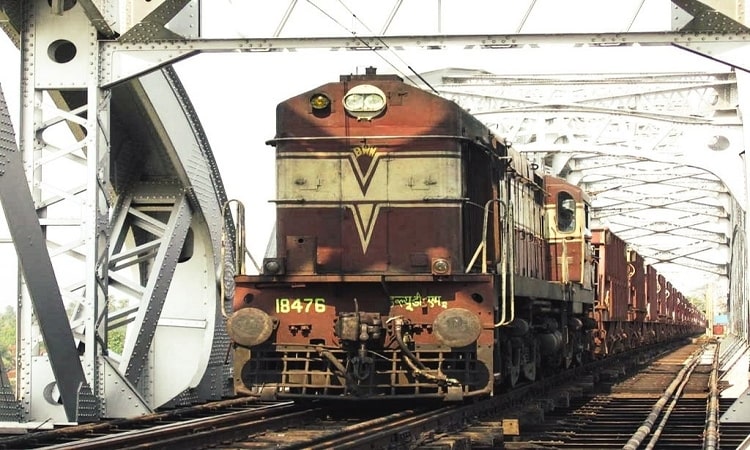 What makes the bridge unique are its pendulum bearings. Incidentally, these cast-iron bearings proved to be the bridge’s undoing. The two bearings at the Naihati end developed cracks and forced the railways to impose speed restrictions several years ago. The speed restrictions were made and max permissible speed was decided for different groups as: 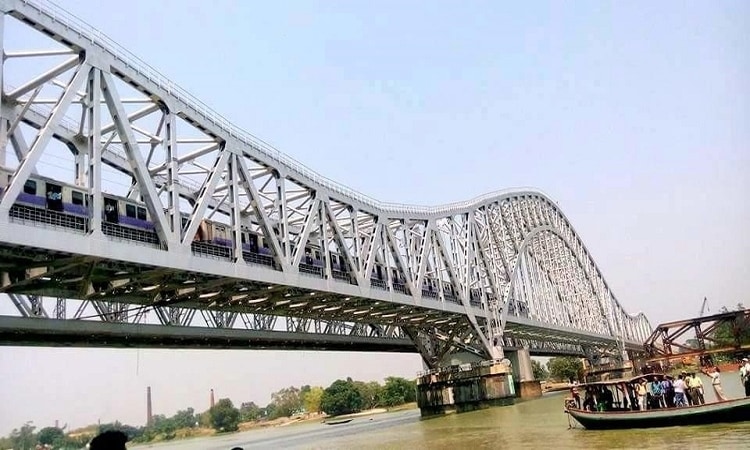 And so after serving for 129 years, the bridge needed to be replaced. A new parallel bridge has been constructed to connect the two sides over the Hooghly River. The new bridge is named “Sampreeti Setu”, however people call it the “New Jubilee Bridge”. It was inaugurated in 2016 though the work started in the year 2005. The complete expenditure was of 240 crores. This new bridge is separated by the old one by 22 meters, spanning a length of 417 meters and is over 6,580-tonne, which was contracted to Tantia Constructions Ltd. RITES provided the consultancy Services including detailed design and designer supervision of double line new rail bridge. 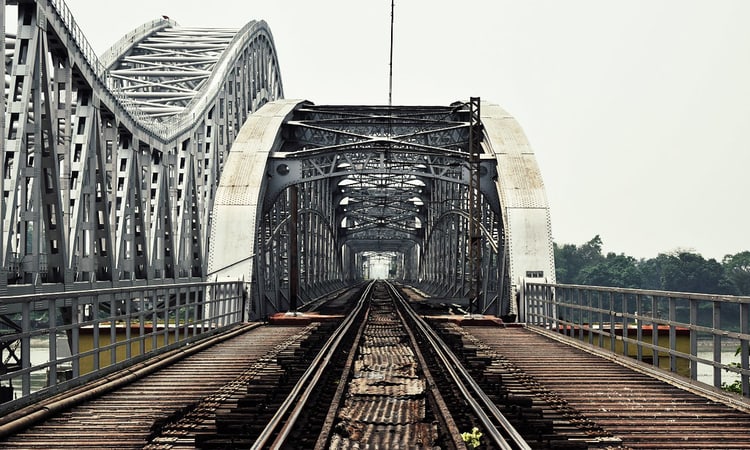 The old Jubilee Bridge was finally decommissioned from service on 17 April 2016. The last train to pass through it was 13141/Teesta-Torsa Express. It was then decided by the eastern railway that the bridge should be auctioned off. It will hinder the river traffic along the Hooghly River if it remained there. Therefore, it would have to be dismantled. Due to this, a remarkable wonder of history and heritage will get lost.

However, in a news about a year ago, it was decided by the railways that it will preserve a portion of this 19th century-era bridge in a specially-designed open-air museum, in what is billed as a first-of-its-kind conservation exercise in the country. A significant section of the bridge will be re-assembled at the open-air museum for public display as well as for educating engineering students. 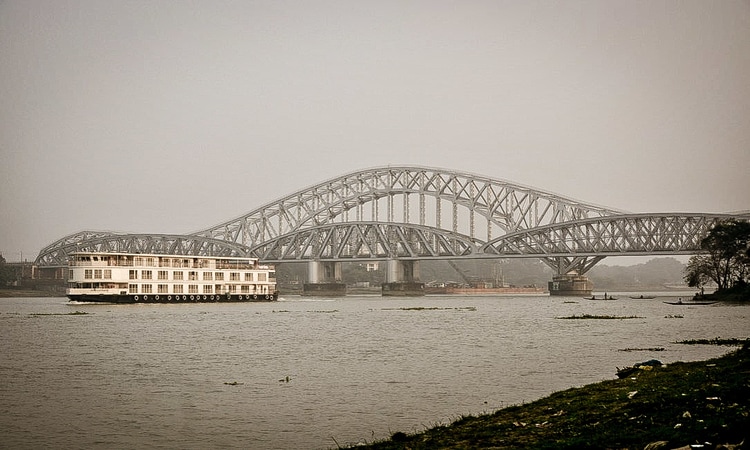 A senior Railway Ministry official responsible for rail heritage preservation stated that “While it may not be possible to preserve the whole bridge due to river navigational channel issues, relocation of at least part of it to an open-air museum is worth considering for preservation.” According to the plan, one span/girder of this iconic bridge along with bridge plates and other unique items like pendulum bearings will be mounted in the museum. 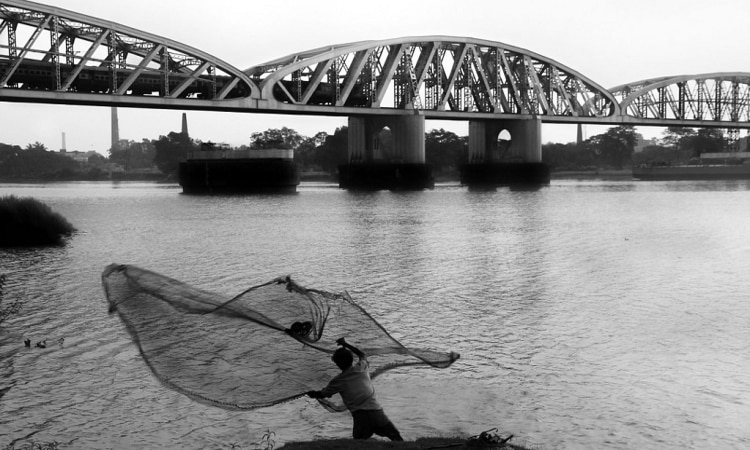 A number of measures have been initiated recently to institutionalize rail heritage preservation. These include strengthening rail museums, promoting rail heritage tourism, more steam trains, a compilation of heritage inventory and publishing it on the website. Even there has been a collaboration with Google for digitizing and providing online access to rail heritage inventory & visual tour of museum.

These measures would surely preserve the rich heritage of the railways. If you still haven’t seen this masterpiece in Kolkata then, book your tickets through Trainman app. Download Trainman App and check PNR Status of the booked ticket, Running Status of your train, Seat availability and much more.