The railway network is also ideal for long-distance travel and movement of bulk commodities, apart from being an energy-efficient and economic mode of conveyance and transport. Indian Railways is also a preferred carrier of automobiles in the country.

It's no secret that the Indian Railway today is huge, but the journey wasn't an easy one. In this blog, we will take you through the 169-year journey of the Indian railways in a phased manner. 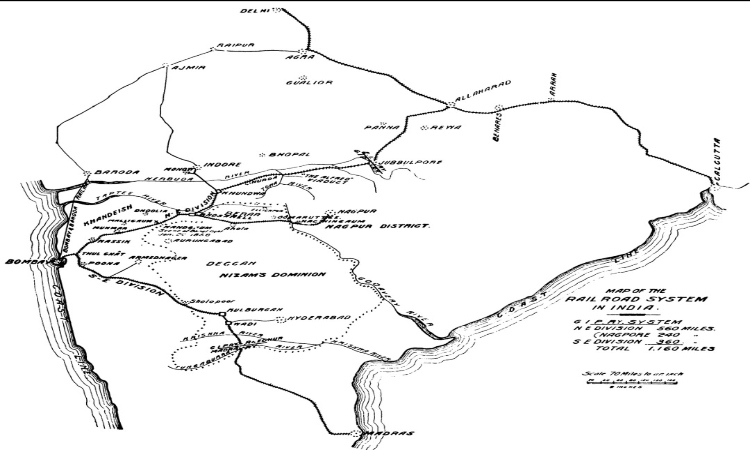 The first passenger train of India travelled from "Bori Bunder (Bombay) to Thane" on 16 April 1853 covering a distance of 34 kilometres. This train was hauled by three locomotives named Sahib, Sindh & Sultan and almost 400 passengers boarded the train on its first run.

This rail network was a result of an alliance between the East Indian Company & The Great Indian Peninsular Railway ( GIPR).

In May 1854, the Bombay–Thane line was extended to Kalyan with the Thane viaducts over the Thane creek (India's first railway bridge).

Following its success, two further routes, one in east India and the other in south India, were introduced in 1854 and 1856, respectively.

The Calcutta-Delhi line was opened later in 1864, while the Allahabad-Jabalpur line followed in 1867. Both lines were attached to GIPR. The first passenger train in eastern India ran from Howrah (near Calcutta) to Hoogly, a distance of 24 miles (39 km), on 15 August 1854. South India's first passenger train ran from Royapuram–Veyasarapady (Madras) to Wallajah Road in Arcot, a distance of 60 miles (97 km), on 1 July 1856. It was built and operated by the Madras Railway.

By the end of 1869, Indian railways created more than 6000 miles of the rail network.

The early phase of the Indian railway system was entirely funded by private companies because the British government guaranteed a 5% interest rate on capital expenditures on railways.

But this system proved slow and costly, so in 1869 the Government of India decided to develop the railway as a "state enterprise" and after 1880 Railways were built by both private & state-owned agencies.

Three important points from the early development of the railway.

That is how India's railway system got its start, with the intention of facilitating the transfer of products from the country's interior to its ports, but it also had a significant impact on national integration and helped in "Indian nationalism." 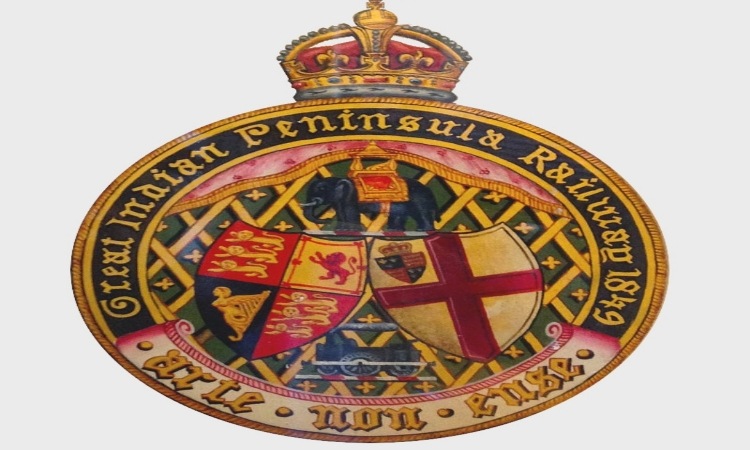 In 1901, on the recommendations of the Sir Thomas Robertson Committee regarding the administration and working of the railways, an early version of the railway board was constituted. It initially had three members. In 1905, its powers were formalised by Lord Curzon's government.

Railways finally began to make money in 1901, and GIPR became the first state-owned company, and By 1907, the government had acquired all important lines and had begun leasing them to private operators.

The first step of centralisation took place in 1923 when  GIPR and East India railway were nationalised.

In 1924 the Railway Budget was separated from the General Budget, and in 1925 the railway earned its first "Dividend".

In the same year, the First electric train ran between Bombay & Kurla.

By 1929, the rail network had a length of more than 66,000 kilometres and was transporting 90 million tonnes of cargo annually in addition to 600 million passengers.

Later, during "World War II" and "The Great Depression" of 1929, railway growth slowed down. 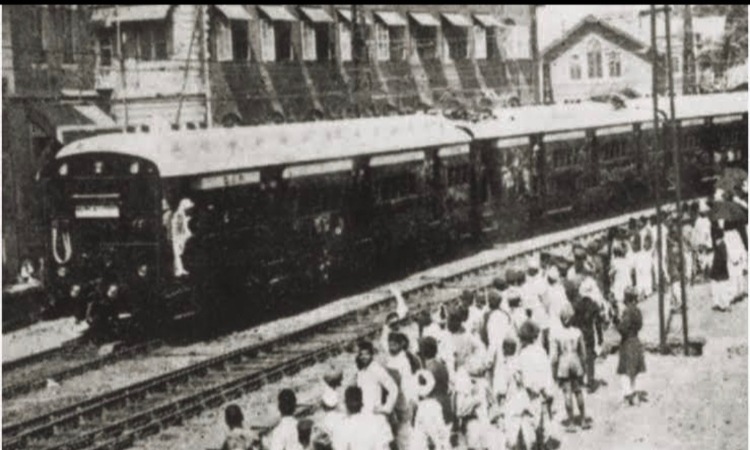 After the partition, the railway was divided into two parts. Approx 40% of railways got isolated from India which includes major lines of Bengal, Assam  & North-Western Railways.

In 1951, after the nationalization of railways, it became one of the largest rail networks under a single management system.

On April 14, 1951, the First railway zone was formed and named "Southern Railways" followed by the formation of the Western & Central railway zone on Nov 5.

In 1979, “Central Organization for Railway Electrification (CORE)” was established and from here the electrification of railways began. 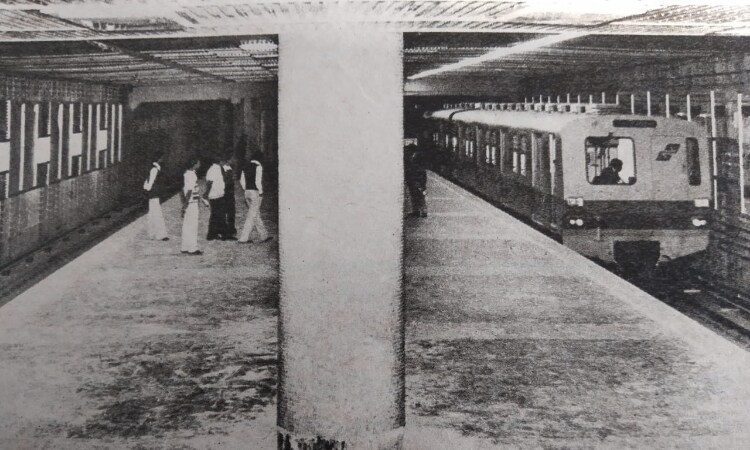 In 1980, Indian railways totally phased out the steam locomotives and worked very aggressively towards electrification. Railways managed to electrify approx 4000 km of tracks by the end of 1990.

In the 1990s, railways started the construction of the 738 km long "Konkan Railways".

During this phase, the "Computer Revolution" began, and Indian Railways launched its "first computerised ticketing and reservation" system in New Delhi (1986) and extended to all major stations by 1995.

The introduction of technology was the main focus of Railways throughout this time, which contributed to the development of the nation and became the largest employer as well.

This is how Railways became the lifeline of the nation by the end of the 20th century. 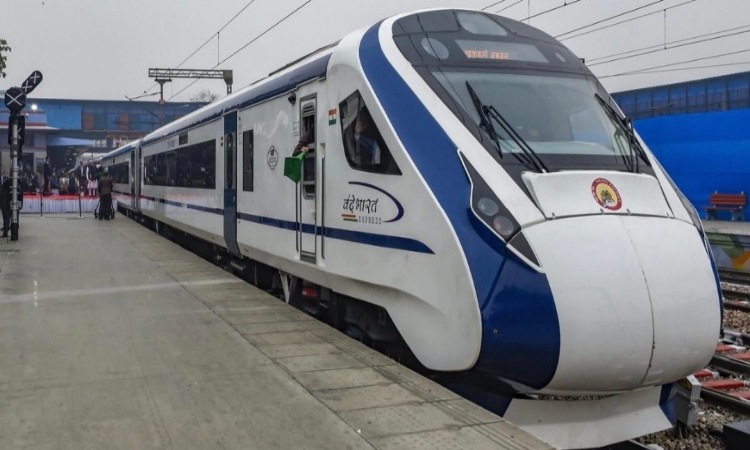 The following year, Metro picked up speed and launched in Delhi as well.

This was the time when the Indian economy was growing and to meet the demand Railways grew as well.

A proposal for a dedicated freight corridor (DFC) was made in 2005, but the first contract wasn't awarded until 2013; the DFC is scheduled to be finished by the middle of 2023.

The "Gatiman Express," India's first semi-high-speed train, made its debut between New Delhi and Agra in 2016. It was then extended to Jhansi (VGLB). The operational speed of this train is 160 km/h, but it reached a speed of 180 km/h during trials.

During this period, India & Japan signed an agreement for the construction of India's first bullet train between Mumbai and Ahmedabad.

The pandemic struck in 2020, and railways for the first time temporarily stopped operating passenger trains but its freight segment played a crucial role during the pandemic by transporting essentials & oxygen. Railways ran Shramik special trains to help Shramiks in their hometowns. Railways also converted hundreds of its coaches into hospital beds to counter the pandemic.

In this phase, Railways not only focus on technology, the comfort of passengers, cleanliness, and modernization of stations but also set up multiple new records.

Today's railways are not only growing faster but also taking some great initiatives and supporting programs like Make in India, Digital India, Swachh Bharat & many more.