The Indian railways catering and tourism corporation has announced the cancellation of 323 trains today 09 January 2023. The cancellation was caused by several reasons including low visibility due to dense fog in various parts of the country.

The zones of Indian Railways cancelled multiple express, local, and passenger trains. Out of the total, 276 trains are fully, whereas 47 trains are partially cancelled.

Here is a list of some of the fully cancelled trains

If you have a journey scheduled for today, Trainman suggests you have a look at all the cancelled trains by following this link: https://enquiry.indianrail.gov.in/mntes/ to avoid any inconvenience.

Additionally, there are several trains that are running late due to dense fog in various parts of the country. Here is a list of some of the late-running trains: 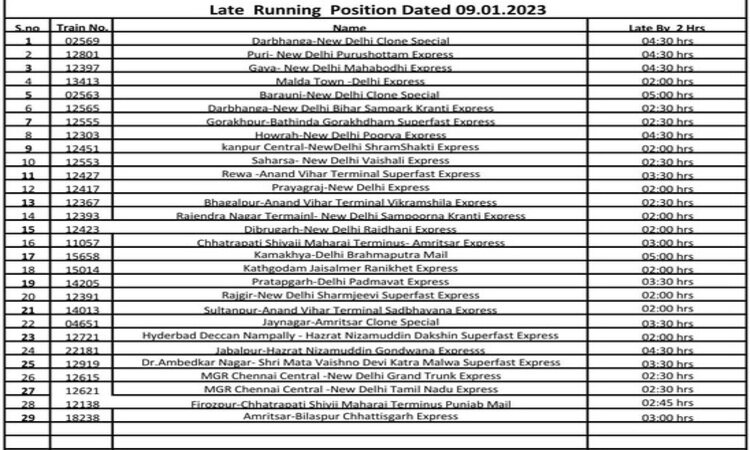 Found your train listed there, and looking for an alternative train? We are here to help you, download the Trainman app on your Android/iOS devices to book your train tickets. You can also check your PNR Status, and track your train even in offline mode. Also, with the mobile app, you can get regular offer updates.