Trains in India are not only used to commute from one place to another but also being used as a means of serving food. Got all confused? Actually, it has nothing to do with freight or real-life-size trains. 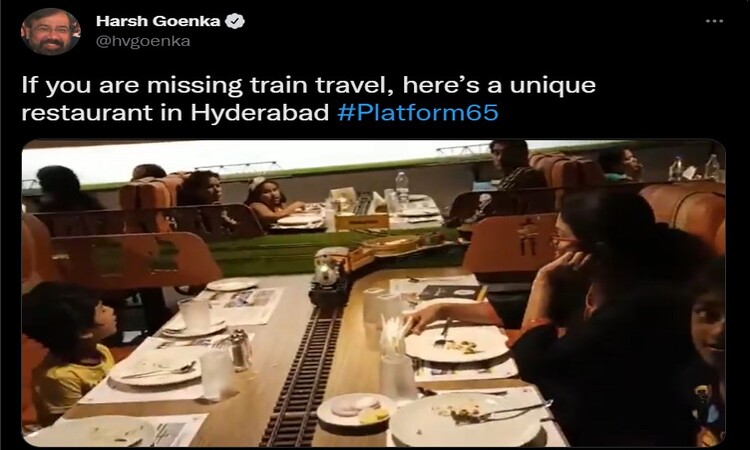 As unique as it sounds, the fun of watching these toy trains, and the lip-smacking taste of cuisines are just top-notch.

A restaurant in Surat uses toy trains to serve food to its customers in an unusual venture. Little toy trains may be seen passing across the dining tables to serve food in this train-themed restaurant named the "Trainian Express." These miniature trains travel directly from the kitchen to the customers' tables, with no human participation. Surat residents are quite enthusiastic and supportive of the effort, which has drawn people from all over the city. 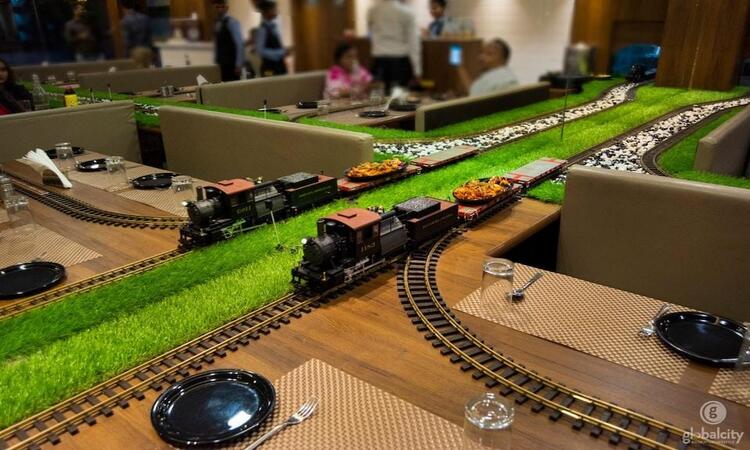 The trains are powered by electricity. As soon as the food is ready, it is loaded onto the train and delivered to a specific table with names like Ring Road, Althan, Varacha, and so on. Everyone likes the railway motif in the restaurant.

In India, there are a few restaurants with the concept of “Food Serving with Toy Trains”. Cities like Gurgaon, Indore, Surat, and Hyderabad have Toy Train restaurants.

A new restaurant opened recently in sector 29, Gurugram with the same concept. The dishes in the restaurant are served on a toy train that runs on the track alongside the tables. The decor of this restaurant is inspired by the old station with brick walls, austere hanging lamps, and names of the station. It offers a variety of Indian and global cuisines and is ideal for family meals. You can also get the same vibes in Indore at India Junction Restaurant, and in Hyderabad at Platform 65 Restaurant. The concept of all these restaurants is the same.

This weekend, you can visit these restaurants and get all nostalgic. Don’t forget to tell us about your visit on Instagram.