With its maiden journey, the first Bharat Gaurav train will set up a new milestone by becoming the first train to cross an international border into Nepal, on June 21, 2022.

The train running on Ramayana Circuit will cover prominent places associated with the life of Lord Ram and is identified by the Ministry of Tourism’s Swadesh Darshan scheme. The officials from the IRCTC confirmed that a part of the journey would also cover a visit to Ram Janki temple in Janakpur, Nepal.

This train will have 14 coaches out of which 11 will be air-conditioned tier-three coaches for tourists, along with a pantry car, a restaurant car, and a separate coach to be used by the staff.

According to an IRCTC official, “The meals offered on this train will strictly be vegetarian and freshly cooked on board. The train will also have an infotainment system, CCTV cameras, and guards to ensure security on board.”

The train can accommodate up to 600 tourists. This 18-day tour will start from Delhi’s Safdarjung Railway Station. The pricing for the ticket starts from Rs. 62,370 per person for the all-inclusive package. A final certificate of COVID-19 vaccination will be mandatory to get on board the train. 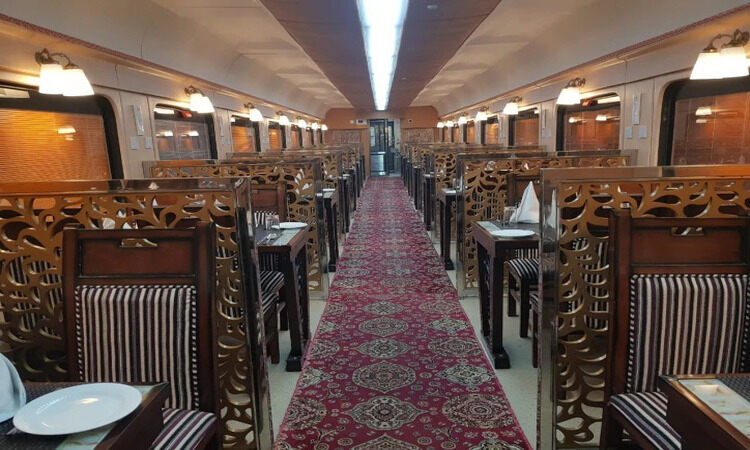 Cost per Person for the Shri Ramayana Circuit Tour

You can also get other relevant information here: http://www.specialtrains.in/index.php/shri-ramayana-yatra-by-bharat-gaurav-tourist-train/

Stoppages on the tour 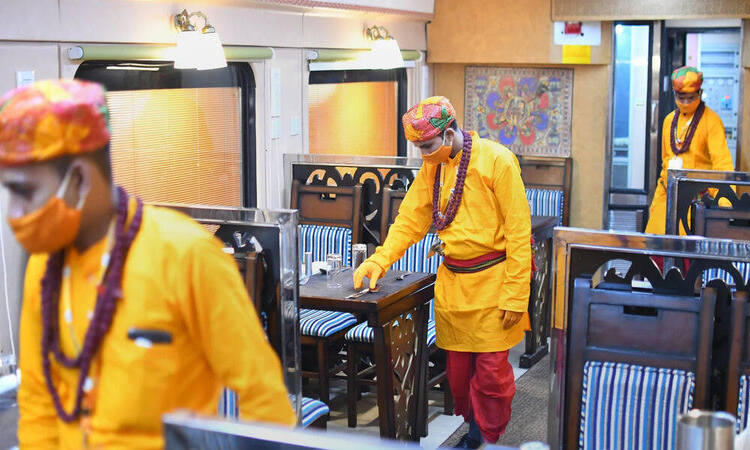 In Nepal for the first time

As per IRCTC officials, “In the previous Ramayana Circuit tours covered by tourist trains from India, Janakpur, the birthplace of Goddess Sita, was being covered from Sitamarhi station. But now, with the support of Nepal Railways, the Indian Railways has extended the track from Jainagar station in India to Jankapur station in Nepal.”

The Bharat Gaurav Tourist Train will have the following prominent stops during the whole journey:

The epic journey of “Shri Ramayana Circuit” by IRCTC will begin on June 21, taking the pilgrims onboarded on a train journey to places associated with the life of Lord Ram. Pilgrims can board the trains from the below-mentioned stations: 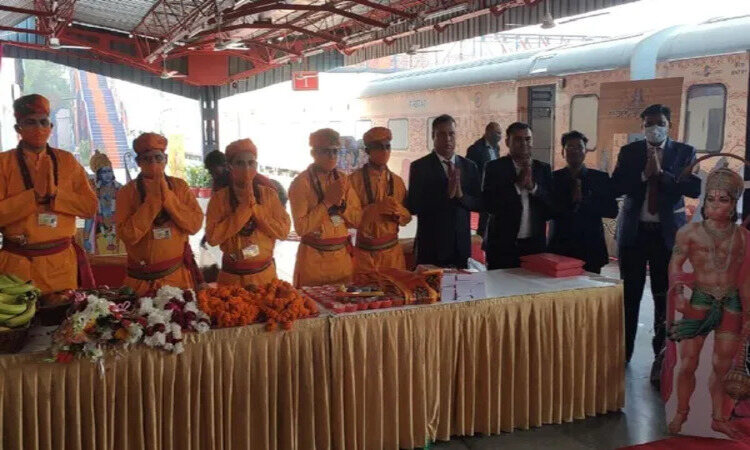 The journey will end its 8000-km journey by heading back to Delhi from its last station Bhadrachalam, Telangana.

Don’t forget to book your IRCTC train tickets online with us to enjoy exciting features like PNR status prediction, Train Time Table, and much more!!