Marking the end of monsoons and welcoming the harvest season - Onam is the official state festival of Kerala. It is one of the major festivals celebrated by the Malayali Hindu community. Onam is a 10-day mega-festival celebrated with great enthusiasm and accompanied by multiple festivities throughout Kerala. According to the Malayalam calendar Onam is celebrated in the first month of Chingam that overlaps with August-September in the Gregorian calendar. In 2020 the festivities Onam began on 22 August and will conclude on 02 September.

This festival truly fills the heart of people with gaiety and brings them together to be a part of this vibrant and cultural festival. The festivities of Onam showcases the art and culture of Kerala in the most unique way. This year due to the ongoing global health crisis the festival is celebrated in a low-key manner but we have curated a list of fascinating facts about Onam that make this festival so special. Also, Kerala is all set to welcome the domestic tourists from September 01 onwards. If you want to know more about this in detail then do read the blog Rebooting Kerala Tourism.

Folktale of Onam
Onam dates back to the Sangam period when it used to be celebrated over a month. According to legends Onam is celebrated to commemorate the arrival of King Mahabali from Patala (the world underneath). The story revolves around the time when demon King Mahabali used to rule Kerala and was known for his generosity and kindness. This threatened the Gods and they sought Lord Vishnu’s help who disguised himself as a poor Brahmin and headed to Kerala. He asked the king to grant him the land that can be covered within three feet. 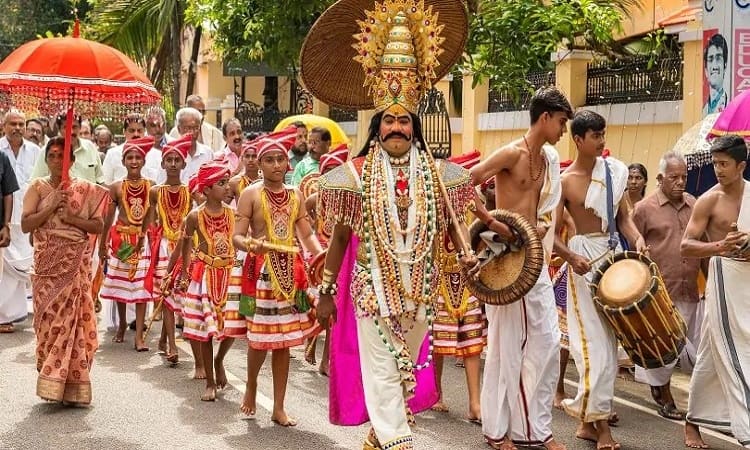 Being a kind-hearted person the king granted his wish and the brahmin started to grow in size and covered the sky and earth with his first and second steps. As the brahmin was about to take the third step the demon king asked him to keep his third step on his head that led him to Patala. However Lord Vishnu then granted him a boon that he can annually visit his people that led to the celebration of the Onam festival in India. Thus, Onam marks the day of his annual visit to Earth.

I am sure you must be fascinated after knowing such intriguing facts about Onam festival. How are you celebrating the Onam festival? Tell us in the comments below. Also, Kerala is opening its doors for domestic tourists from September 01, 2020, onwards. So plan a vacation with family or friends and book your online train as well as flight tickets through Trainman app. Download Trainman App to check PNR Status of your ticket, Train between stations, Train Seat Availability and much more.