As you all know the Government of India decided to demonetize Rs 1,000 and Rs 500 notes from November 8, 2016 midnight while exempting few emergency services like hospitals, petrol pumps, railways and airports till November 11, 2016.

Just as the announcements came in, people were seen rushing to the banks and ATM’s in order to get their cash deposited and exchanged with lower denomination notes. Not only this, people were also seen rushing to the railway reservation counters with loads of cash of higher denomination (Rs 500 and Rs 1000) in order to book tickets of higher value (I and II AC class tickets) with the intention to get them cancelled afterwards. 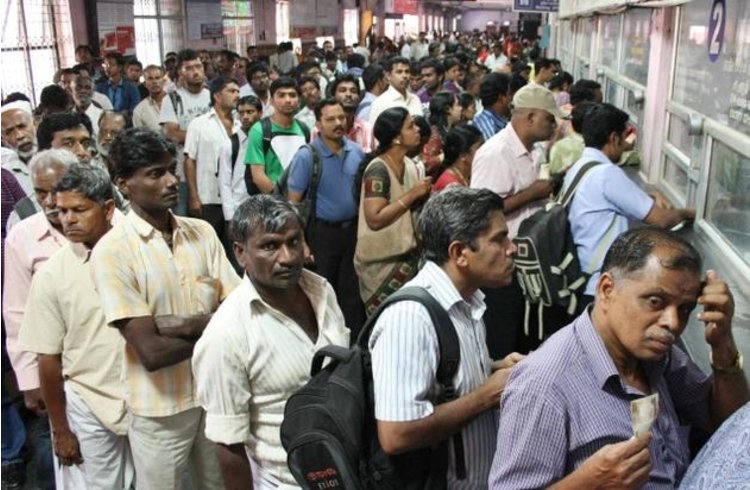 One side where government is trying hard to tackle with black money, people are creating hacks to save on their cash with higher denominations.

This resulted in shortage of lower denomination notes at the PRS counters and various other locations. So railways is issuing (Ticket deposit receipt) TDR to those who are cancelling tickets. Railway officials also declared that for the refund amount of Rs 10,000 or more it would be returned to the bank accounts of respective people even if the booking was made in cash.

Demonetization of higher denomination has also brought down e-ticketing business by about 10% while increasing counter sales by 13% on November 09. Railways are also seeking a government issued ID card for transactions above Rs 50,000. All this rush is expected to ease out after November 11.

Since Railway tickets are not tracked down by tax department, refund in form of bank transfers are a means of getting these transactions in notice. So this is a good step in tracking down huge cash people are using to purchase tickets and getting them cancelled. Download Trainman App to find train between stations, train enquiry, to book train ticket, Check PNR Status and Indian Railway seat availability along with train fare.