Once again, Indian Railways has taken an eco-friendly initiative by installing an ‘Atmospheric Water Generator’ at Secunderabad (SC) Railway Station. In order to ensure safe and healthy drinking water to both train passengers and the railway staff, South Central Railway (SCR) zone has taken such a unique step.

The kiosk is placed on platform number 1 by South Central Railway (SCR) zone. As a part of the Green Initiative and water conservation measure, the ‘Atmospheric Water Generator’ is developed under “Make in India” concept by Maithri Aquatech and is named as Meghdoot. 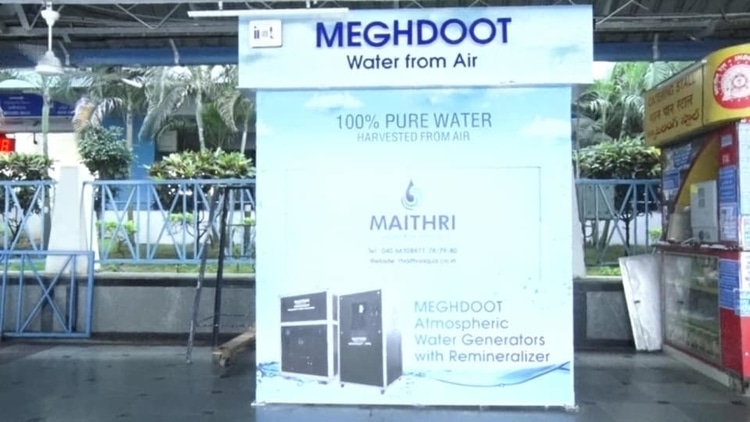 Secunderabad (SC) Railway Station is the first-ever station that is equipped with ‘Atmospheric Water Generator’ kiosks that produce around 1,000 litres of water per day. Train travellers can now avail the facility of potable water by paying a sum of Rs 8 per litre along with the bottle and Rs 5 per litre if they are carrying their own bottle. 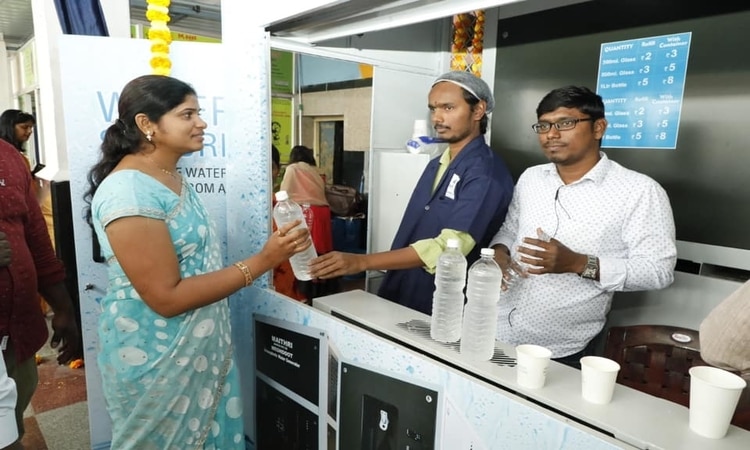 Water Filtration process in Meghdoot
Rather than using normal water for filtration and consumption, water is harvested directly from the air under this system. The harvesting of water in this machine involves a series of steps listed below. 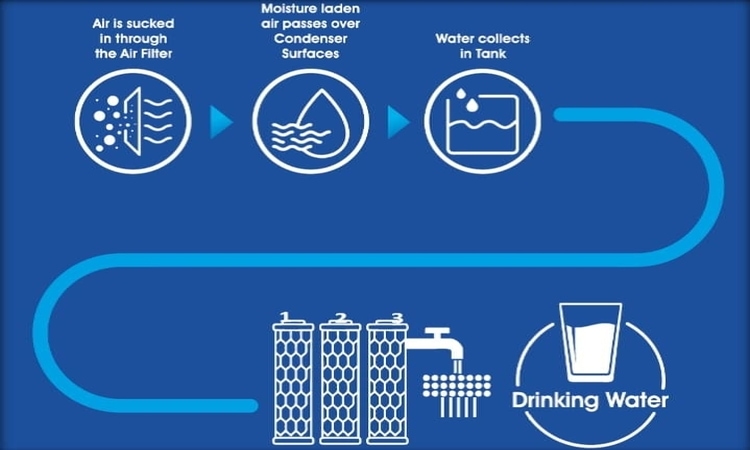 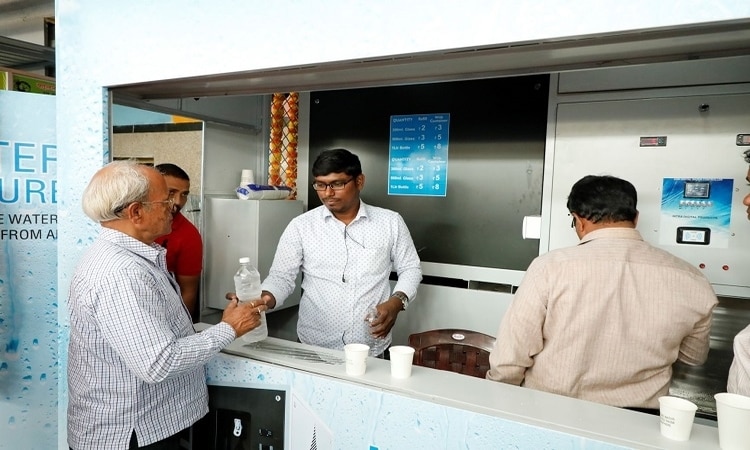 Water that gets deposited in the storage tank passes through several level filtration processes that remove odour and any other impurities. To make sure that the water is safe for drinking it is then passed through an Ultra Violet ray (UV) system. Additionally, vital minerals are also added to ensure that the generated water is potable. 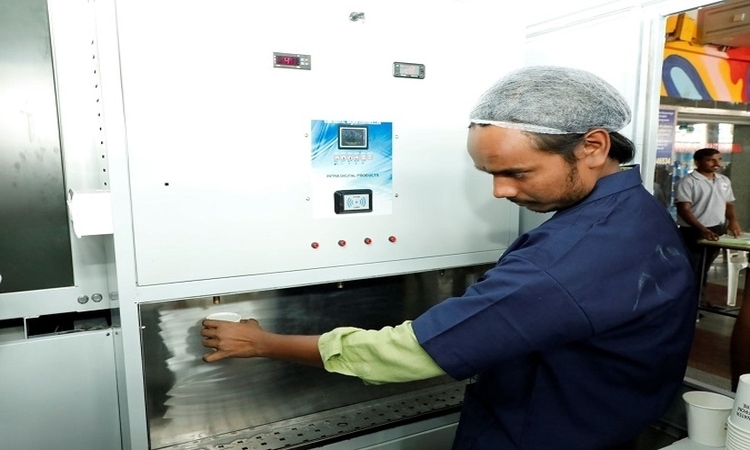 The ‘Atmospheric Water Generator’ with Remineralizer is environment-friendly as it is not dependent on any water resource. Furthermore, there is no generation of waste and this system works in all weather conditions. It also produces less noise and displays temperature, humidity levels. 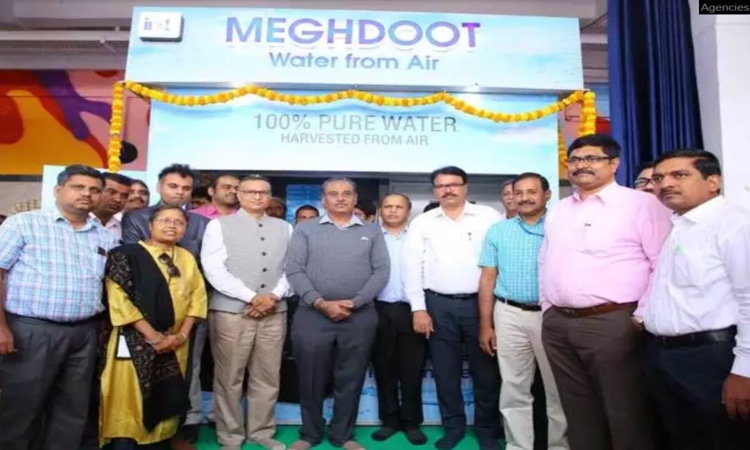 Water produced in ‘Atmospheric Water Generator’ is as per the World Health Organisation and Indian standard for consumption norms. In addition to this, Ministry of Jal Shakti has also approved this water absolutely safe and healthy. Railways also plan to install likewise air to water kiosks at other railway stations as well.

In 2016, Ministry of Railways has also installed Water Vending Machines (WVM) with which passengers can fill their water bottles by paying a nominal fee of Rs 5. Such machines at the station are installed by the reputed manufacturers and authorised agents. Timely inspection of the water vending machines is also carried out to maintain the quality of water. 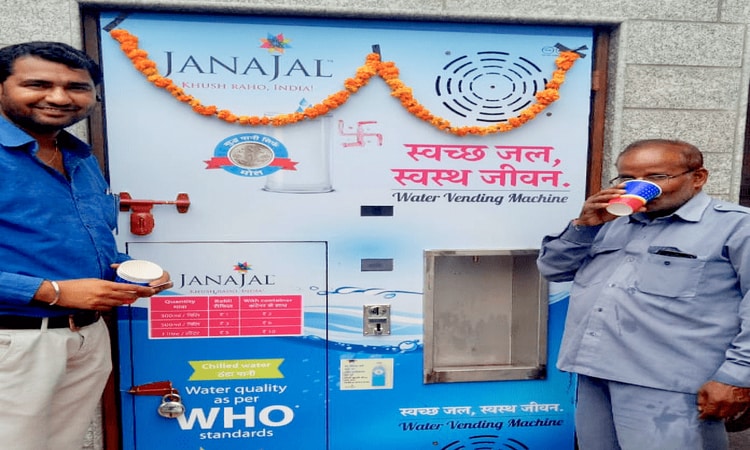 Last year, a similar machine was installed by East Coast Railway (ECoR) at Odisha railway station when Odisha was facing acute water shortage. It was based on atmospheric moisture extraction technology in which the air passes over a condenser turning vapour into water. This machine draws around 120-litre water per day.

What initiatives are you taking to keep the environment clean and green? Tell us in the comments below. Go ahead and book your train tickets easily through Trainman app. Download Trainman App to check PNR Status of the ticket booked, Seat Availability, Running Status of your train and many such features.