The Arctic circle is a region that is popular across the globe for its chilly climate and icy landscape. A place where the weather is usually cold is now suffering from a record-breaking heatwave that has sparked wildfires and has led to the unprecedented greenhouse gas emissions. The Arctic region accounts to one of the biggest carbon stores anywhere on the planet. Burning of this carbon store means - running a massive engine on raw coal releasing tremendous amounts of particles and greenhouse gases into the atmosphere that can affect the whole planet.

Arctic wildfires
Arctic wildfires are not something that the Arctic circle is experiencing for the first time but yes they have never raged in such a big area. Within just two months there have been 100 intense wildfires spanning Alaska, Siberia, Canada and Greenland. In Siberia the fire has been burning for 3 months during which they have consumed almost 10 million acres of forest land. The fires in Siberia have released an estimated 59 megatonnes of carbon dioxide in June 2020 breaking the previous record of 53 megatonnes of carbon dioxide emissions. Wildfires can be seen as one of the most destructive natural calamities as they not only destroy green patches but also increase the pollution levels. 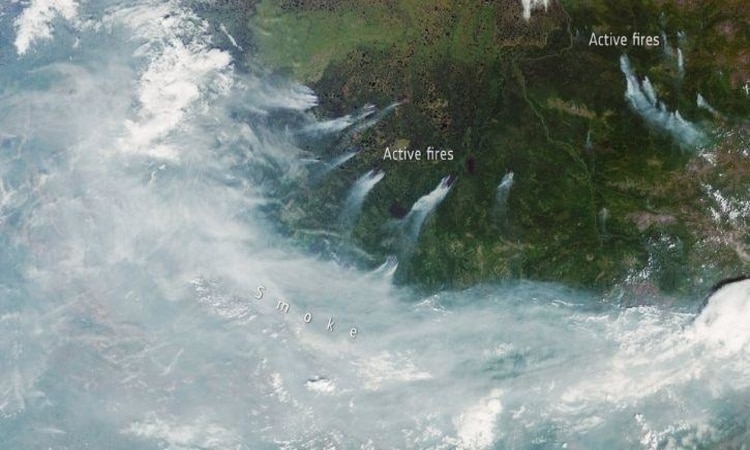 Cause of fire burning in Arctic
Fires are caused by lightning strikes or humans. The rise in the temperature levels and heatwave tends to dry out all the trees, grass, moss and soils making them more likely to catch on fire and to sustain a fire. Thus, higher temperatures and drier surface conditions are providing ideal conditions for these fires to burn and to persist for so long over such a large area.

Worst affected parts
One of the worst affected regions due to the Arctic wildfires is Siberia - one of the coldest places in the Arctic circle where the temperature has now reached as much as 10-degree celsius. Siberia (larger in terms of area than the USA and Mexico combined) recorded more than 5 degrees celsius temperature that is above than the normal for June. Siberia is experiencing record warm temperatures, melting sea ice and massive wildfires at an alarming rate. 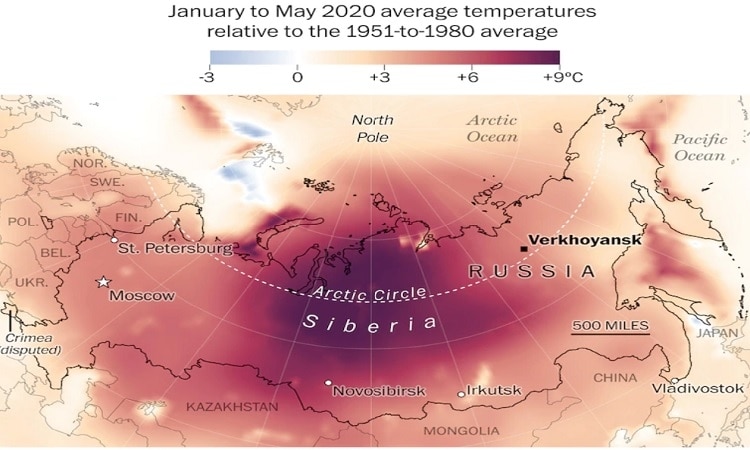 Towns in Siberia are now observing a heatwave throughout the region smashing centuries-old temperature records (records that are now being broken year after year). On June 20, temperature in Verkhoyansk (a Siberian town) hit a record 100 degrees Fahrenheit (38 degree Celsius). The temperature in the Arctic circle has warmed up in the last 25 years. If compared to the rest of the planet then the Arctic is warming twice as fast as the rest of the Earth. The increased intensity and duration of the fires may accelerate the climate crisis. Smoke from the Siberian fires seems to be spreading across the northern Pacific reaching as far as the Pacific Northwest. 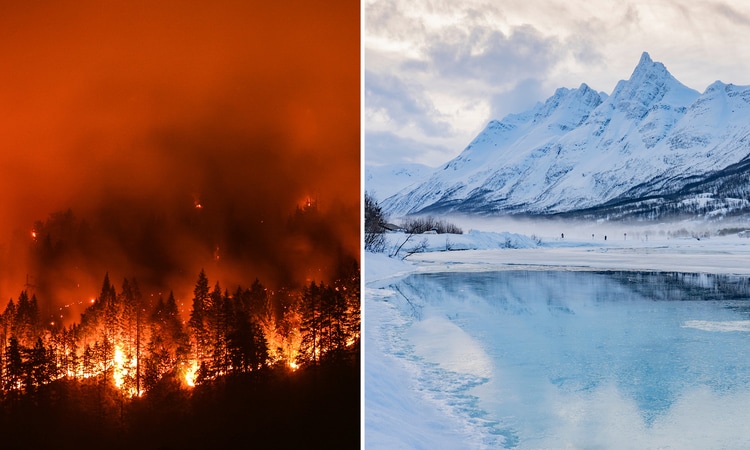 Impact of fire - climate crisis and global warming
The Greenland ice sheet is already melting seven times faster than in the 1990s. All of us know it could lead to melting glaciers and rise in sea levels. It can also be seen as one of the ways of amplifying global warming leading to the disruption in weather patterns. Arctic fires are one of the signs that exacerbate global warming. Rising temperatures in the Arctic gives rise to another major problem for wildlife who are dependent on ice as it would destroy their habitat and food supply. Additionally local communities in the Arctic are also likely to be affected as it will become difficult for them to hunt their food. 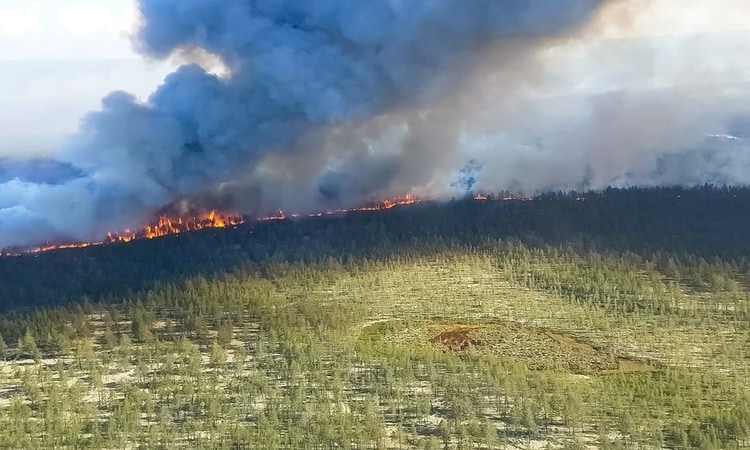 Melting of snow is creating dry vegetation for wildfires that have reached record levels this summer releasing giant plumes of smoke and emitting greenhouse gases than ever before. Decomposition of the fossils and the organic matter like dead vegetation, animals are also resulting in the release of more methane i.e. another greenhouse gas. Residents of Siberia are also at risk of infrastructure collapse as the towns are built for the cold weather conditions while melting of the glaciers in the Arctic circle would result in rise in the sea level and irregular weather patterns around the world. 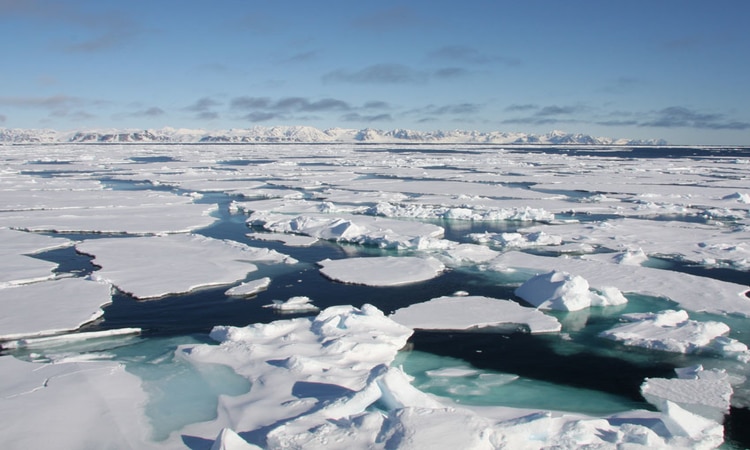 The Arctic is one of those places that drive global weather systems. If there is a change in the weather pattern of the Arctic then it is likely that the effects of the same can ripple out across the world. Arctic fires can be seen as one of the emerging components of a vicious cycle of global warming. As the poles get warmer it dries out the soil and vegetation with which sparking & lighting takes place that starts fire further increasing atmospheric temperatures thus creating an environment to support even more fires. 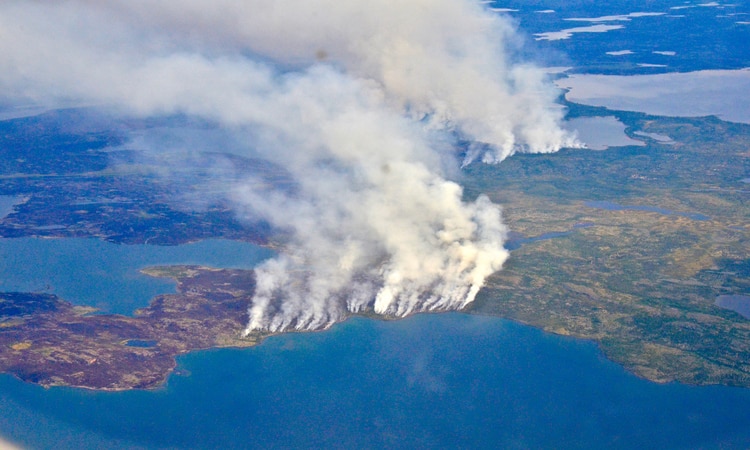 To conclude we can say that it is yet another wake call from mother nature telling us how urgent it is to take action against the climate crisis. It is important for us to do everything possible to slow down global warming and burning of wildfires.

Do you think the inferno in the Arctic circle is a warning to the world? Tell us your views in the comments below. That’s all for today! For an easy-peasy experience, book your train tickets through Trainman app. Download Trainman App to check PNR Status of your ticket, Train Seat Availability, Train Inquiry and a lot more.