Indian Railways' corporate trains run by the IRCTC (Indian Railway Catering and Tourism) the Tejas Express is ready to restart operations of both trains 82501/02 Lucknow Jn. New Delhi IRCTC Tejas Express and 82901/02 Mumbai Central Ahmedabad IRCTC Tejas Express from February 14, 2021. The Express train will restart its operations on both the routes -- Lucknow-New Delhi and Ahmedabad-Mumbai. These trains will be running 4 days a week (Friday, Saturday, Sunday and Monday). 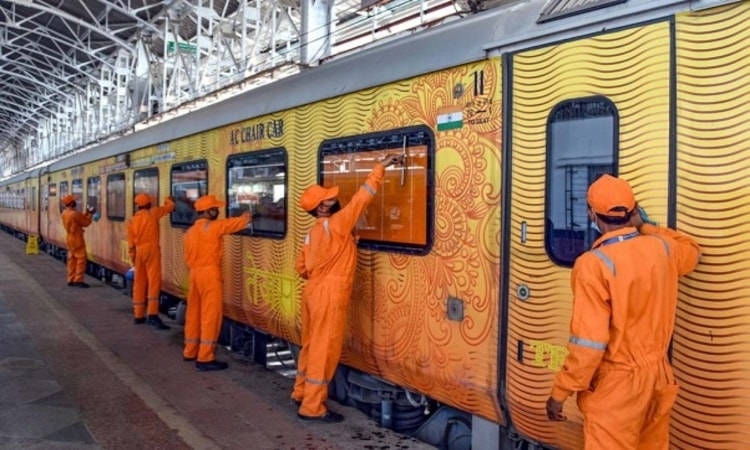 In order to ensure social distancing in trains, every alternate seat on these two trains will be kept vacant. Also, railway passengers before entering the coach will be thermally screened and will not be allowed to exchange their seats once seated. IRCTC Tejas Express passengers will be provided with COVID-19 protection kit which will contain a bottle of hand sanitiser, one face shield, one mask and a pair of gloves.

Due to the outbreak of covid-19, operation of Tejas trains were temporarily suspended from 19 March, less than a year after it was launched as India’s first corporate train. Last year, the railway ministry allowed IRCTC to run Tejas Express touted to be a train run by an entity other than Indian Railways. The operation of the first corporate train Lucknow-Delhi-Lucknow Tejas Express--started on 4 October 2019, while the Ahmedabad-Mumbai-Ahmedabad train hit the rails on 19 January.

Previously, IRCTC had restarted the operation of Tejas Express trains from October 17, 2020, after a hiatus of seven months in the wake of novel coronavirus to cater to the need of the growing passenger demand ahead of the festive season. However, in November last year, he state-owned State-owned Indian Railway Catering and Tourism Corporation (IRCTC) announced that it will cancel its fleet of Tejas Express trains from next week due to low occupancy. Do read the blog Tejas Trains Cancelled to know about the same in detail.

Keep reading the Trainman blog to get the latest updates on railways and COVID-19 virus. The Trainman team recommends all its readers to only plan essential travel until the coronavirus fades away. Download the Trainman app and check PNR Status of the booked ticket, Seat Availability, Running Status and many such exciting features.