Dussehra which marks the victory of good over evil is an important religious event in the Indian festive calendar. It is that time of the year when effigies of Ravana are set on fire and are witnessed by hundreds of people. The festival of Dussehra is synonymous with the victory of good over evil which in turn is synonymous with Rama's victory over Ravana. While the festival of Dussehra is said to be a celebration of Ram's victory over Ravana there are some places in India that worship the Lankan king as their hero. As strange as it might sound there are legit temples and places in India dedicated to the demon-king Ravana of Lanka. The ten-headed demon who abducted Sita, the wife of Lord Rama is worshipped in these temples. Now let us have a look at the places where Ravana is worshipped like a god.

Bisrakh, Uttar Pradesh
The village Bisrakh is situated in Greater Noida, Uttar Pradesh and is believed to be the birthplace of the legendary king Ravana. Located at a distance of 30 km from the national capital Bisrakh is a small village where the people take pride in calling Ravana their own. People of this place also claim that the area derives its name from Vishrava Ravana's father who lived in the village. Interestingly devotees perform a yajna after Navratri to pay homage to Ravana instead of burning his effigy on Dussehra. 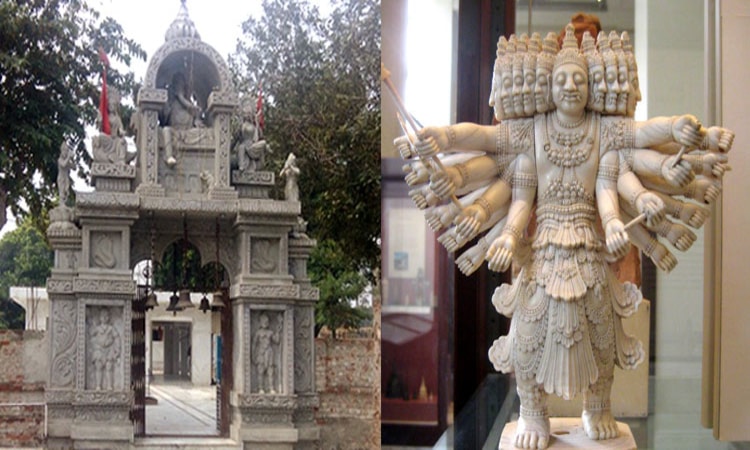 Mandsaur, Madhya Pradesh
This place in Madhya Pradesh is believed to be the maternal residence of Mandodari, the wife of Ravana. Located at the Malwa region of Madhya Pradesh Mandsaur also has a 35-foot tall statue of Ravana. Thus the place is named as Mandsaur. The people in the city consider Ravana as their son-in-law and hence is worshipped here. It is also believed that Ravana married Mandodari here. It is due to this reason that Ravana’s effigy is not burned in Mandsaur especially in the old city area. Besides, many people in the village see Ravana as a learned scholar. 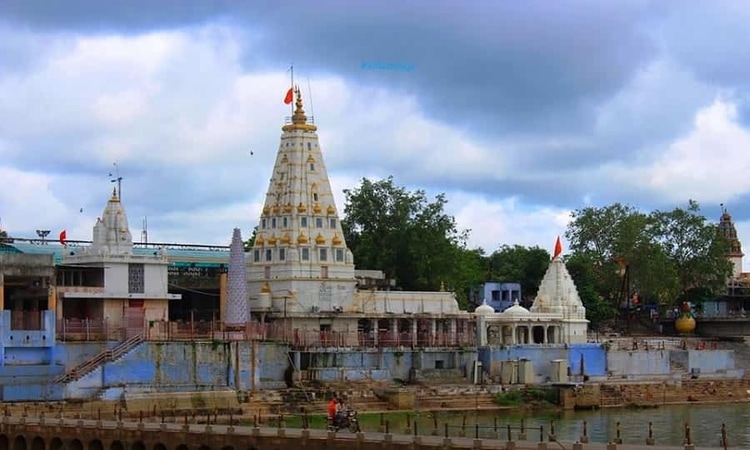 Ravangram, Madhya Pradesh
The village is named after Ravana and boasts of a devout following of Ravana worshippers. Mandodari is hailed as the daughter of the region therefore worshipping of Ravana takes place in this region. Ravangram has a Ravana temple with a 10-foot-long reclining statue of the Lankan king. The temple is believed to be the brainchild of Kanyakubja Brahmins - Ravana is believed to be a part of this sect of Brahmins. On Dussehra the people in the village pray for the peace of Ravana’s soul and do not burn his effigy. 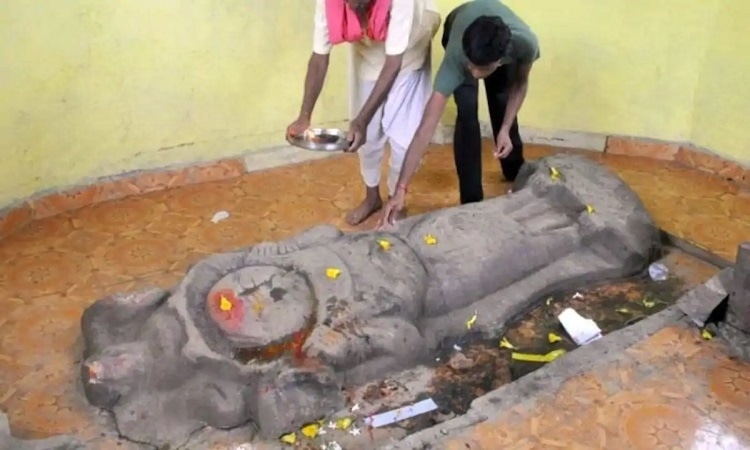 Kakinada Temple, Andhra Pradesh
Kakinada temple is situated in the coastal city Andhra Pradesh and is dedicated to Lord Shiva – of whom Ravana was a devotee. A gigantic Shivling mural adorns a part of the temple. This temple also has a giant statue of the ten-headed demon king. According to the legend the temple has been constructed on a site that was chosen by Ravana himself. Therefore many people in the town do not burn the effigy of Ravana on Dussehra. It is one of the major attractions in the town and people worship Ravana here. 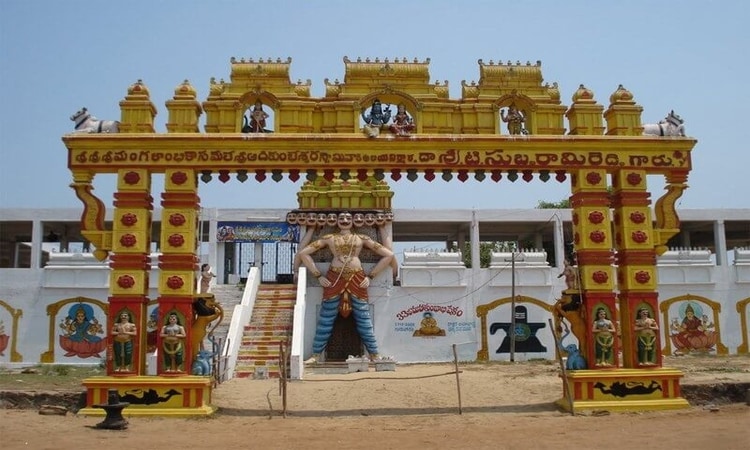 Mandore, Rajasthan
It is believed to be the birthplace of Mandodari Ravana’s wife. Additionally the Brahmins in the town worship Ravana as he is considered to be their descendant. Ravana temple in Mandore is one of the major attractions because it is one of those temples where Ravana is worshipped as a deity. When people across India are busy celebrating Dussehra people of Mandore perform shradh and pind daan at the temple. During the ceremony chants of “Jai Lankesh” or “Ravan Baba Ki Jai” can be heard at the temple. Bhajans and aartis dedicated to the demon lord are also sung. 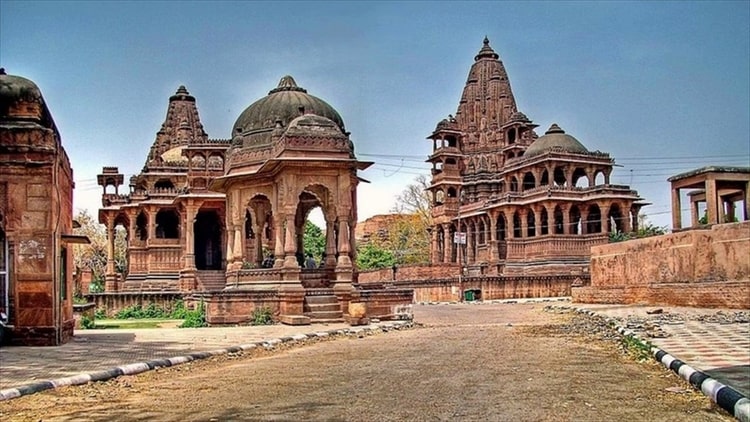 Dashanan Temple, Uttar Pradesh
This temple is dedicated to Lord Ravana in Kanpur city and opens its doors only once a year on the occasion of Dussehra. During the Vijayadashmi the Dashanan temple gates are opened to devotees who pray for purity of mind and soul by worshipping Ravana. The temple is situated right next to a Shiva temple and is said to celebrate Ravana's knowledge and strength. To the worshippers Ravana is not a demon king but a deity whose knowledge, brilliance, intelligence and benevolence were unmatched. 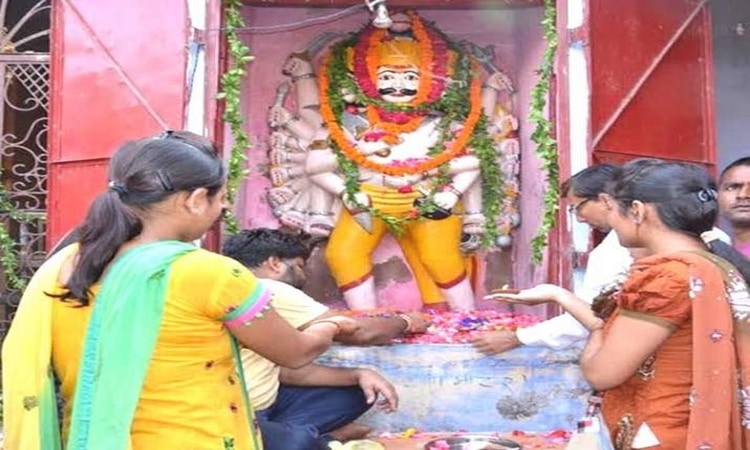 Baijnath, Himachal Pradesh
People in Baijnath do not worship Ravana but respect him for his devotion to Lord Shiva. This ancient pilgrimage town is well known for its 13th century Lord Shiva (famous as Baijnath) temple. It is believed that Ravan meditated here for many years in search of immortality. As per the Hindu mythology Ravana was one of the staunchest devotees of Lord Shiva. 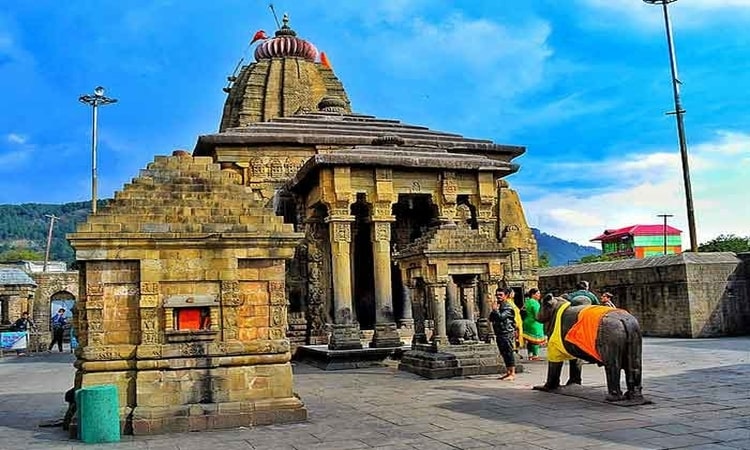 The locals believe that if they burn the effigy of Ravana they will face Shiva’s wrath. On Dussehra the effigies of Ravana (along with his brothers) are placed in the middle of the ground but the effigies are not burnt here. They are rather worshipped and later taken down.

The vibrant land of India provides you with ample scope to enjoy Dussehra in various flavours. All you need to do is hit the road and reach your destination before the festivities begin. Trust us, it will be worth your time and effort. Trainman wishes you a very Happy Dussehra! Embrace this day with your loved ones and book your tickets through the Trainman app. Download the Trainman App to check PNR Status of your ticket, to get running status, to get train seat availability and many such features.