Taking a step forward to enhance the passenger services, the Ministry of Railways has introduced a full AC double-decker train on Visakhapatnam-Vijayawada corridor. The distance of 350 km between Visakhapatnam and Vijayawada is now going to be covered by this train in just 5 hours 30 minutes. The swanky Uday Express train has received an overall good response from the passengers. 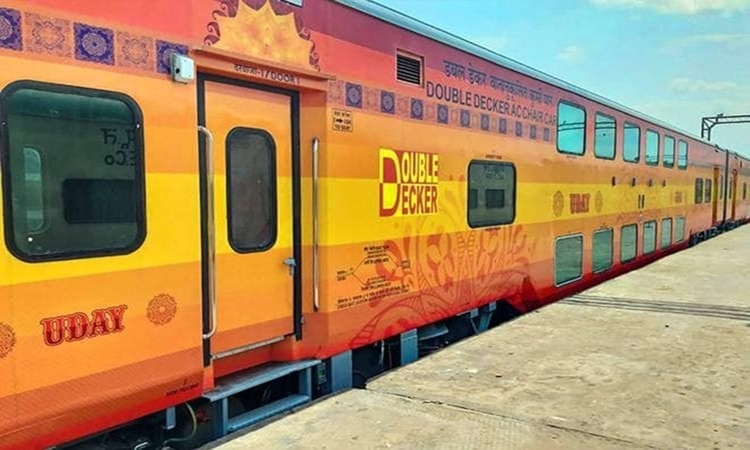 UDAY Express: Schedule, Stoppages and Fare
The UDAY Express train fare for AC chair car (CC) is Rs. 525. According to the schedule, train 22701 Visakhapatnam Vijayawada UDAY Express departs from Visakhapatnam station at 5:45 AM and it reaches Vijayawada at 11:45 AM. On the very same day, train 22702 Vijayawada Visakhapatnam UDAY Express will depart at 5:30 PM and arrive in Visakhapatnam at 10:55 PM. The spick-and-span ac double-decker train is running five days a week, on Mondays, Tuesdays, Wednesdays, Fridays and Saturdays. This train has a total of 7 stoppages en route, Duvvada, Anakapelle, Tuni, Samalkot, Rajahmundry, Tadepalligudem and Eluru. 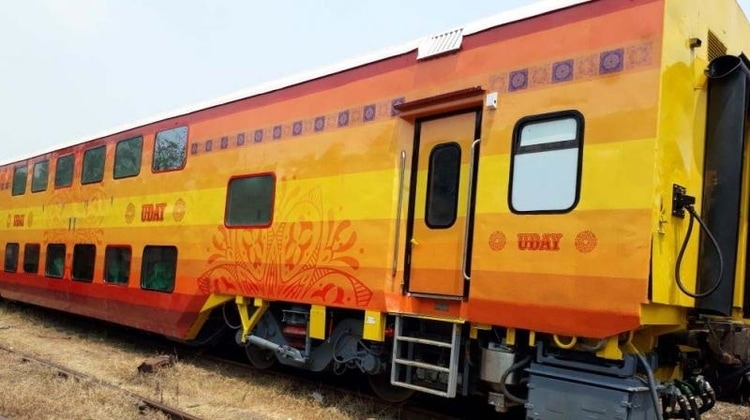 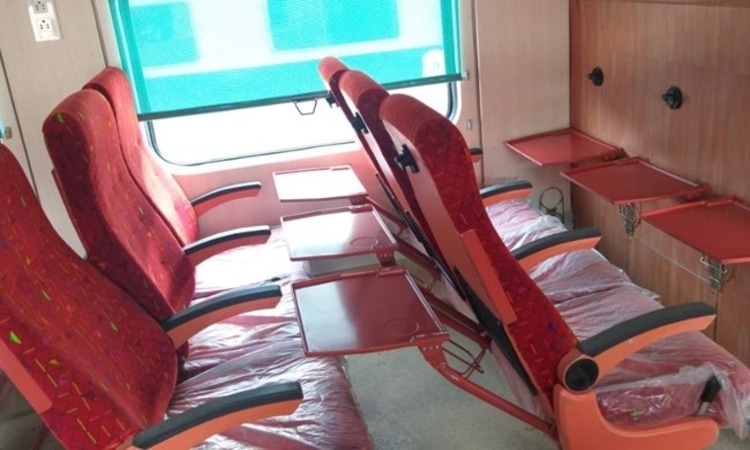 As a cherry on the cake, the new Visakhapatnam-Vijayawada UDAY Express train is covered with the orange and yellow vinyl wrapping on its exterior front, alike to the first rake that runs on the 22665 KSR Bengaluru Coimbatore Uday Express route.

Haven't yet travelled in the double decker train. What are you waiting for? Book your tickets now through Trainman app (IRCTC official partner). Download Trainman App and check PNR Status of the booked ticket, Running Status, Train Inquiry and lot more amazing features.