The first rays of the sun are always cool and bracing to the eyes. But the sunrise gets more and more enchanting when you are in a train and with the train speeding through the fields, the soothing breeze embraces your face. Witnessing the sunrise from inside the train gives an incomparable high. India has a large number of routes which are a marvel of engineering, traversing many terrains, tunnels, and bridges. They take passengers on countless journeys through the vast subcontinent, across many stunning landscapes and Konkan Railways is one of such routes which gives you postcard-worthy and most appealing moments every five seconds with endless stretches of water, paddy hues and villages under shades of coconut trees.

The Konkan Railways is undoubtedly the most beautiful and astounding railway routes in India and connects the western coast of India with the rest of the country. The Konkan Railway spans 738 kilometers through the states of Maharashtra, Goa and Karnataka. It passes through some of the most stunning scenic spots. This route goes through the beautiful Western Ghats and has numerous tunnels and bridges with over hundreds of streams and rivers.

During the time of monsoon, it is often easy to see streams of water flowing over rocks near to the tracks. One can also see clouds floating at the level of the train making the ride more heavenly. It is literally a visual treat to travel by this route. 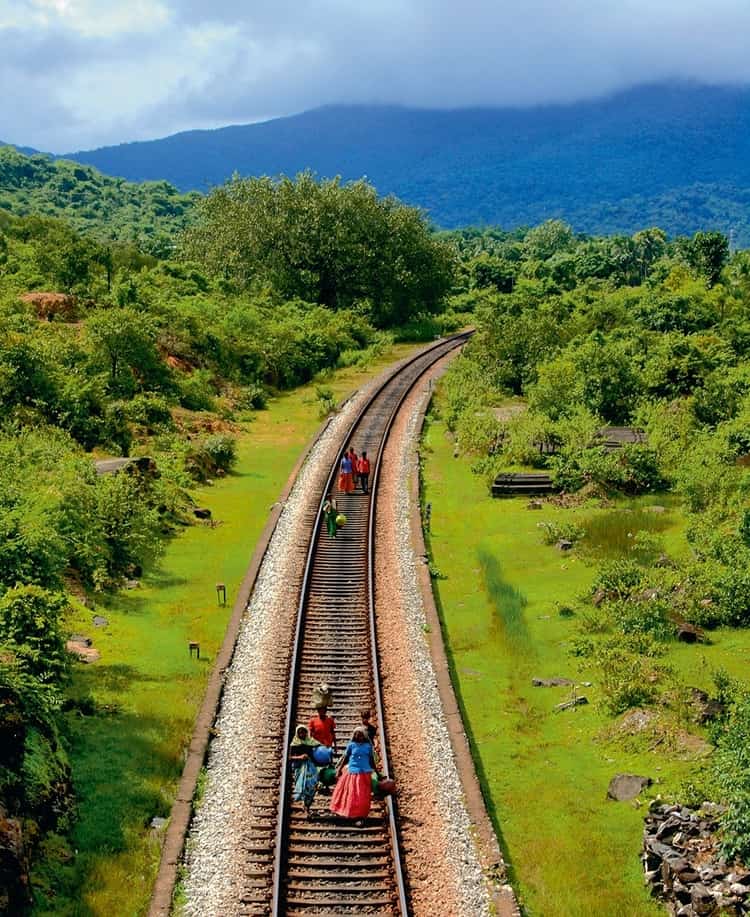 I got the opportunity to witness the astounding beauty of the Konkan Railways twice. Once while I boarded the train Mandovi Express (10103) from Mumbai Terminus to Madgaon during my summer vacations in 2007 and the second time when I went to Goa for giving Goa Shipyard Limited exam in December 2017. Though I was not selected but the scenic beauty of the journey inspired me to study more and give the exam again so that I get to settle in Goa itself and every train journey from there will obviously be on the Konkan Railways. If you already have an upcoming journey to travel with this railway or with any other train, then Check PNR Status here!

I boarded the train Goa Sampark Kranti Express (12450) from Hazrat Nizamuddin (NZM) station in the morning. The train reached Vadodara Junction at night around 21:30 and then I slept. I woke up at around 7:30 and the best part of the journey started from the moment train entered the Konkan railway zone. Then train reached Ratnagiri station. Outside the window I had some mesmerizing glimpses of the beautiful waterfalls that came through the trail. The waterfall below came just after crossing the Ratnagiri station.

The picture below shows the Panvel Nadi Viaduct which is considered to be one of the tallest bridges of Asia. The bridge is around seven kilometers from Ratnagiri station. The view is literally appealing. . 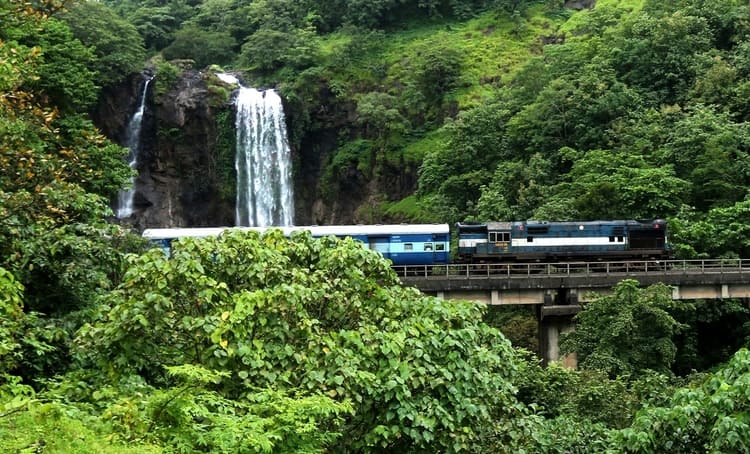 After this I had Vada Pav in breakfast bought at Ratnagiri Station which was also as good as the beauty outside. 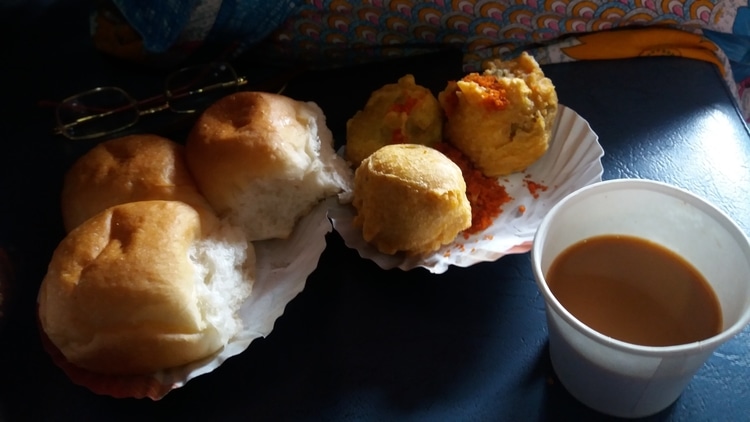 While I was having my breakfast I again witnessed a mesmerizing waterfall which was spectacular. 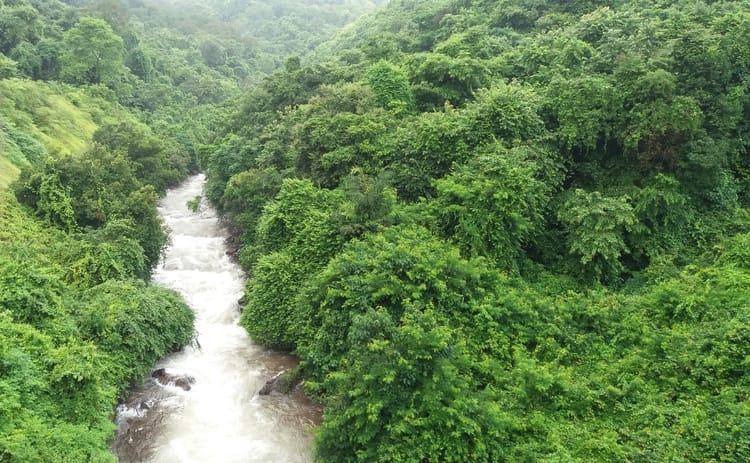 As the journey continued the train stopped at Vilavade station though it was not the scheduled stoppage of the train. 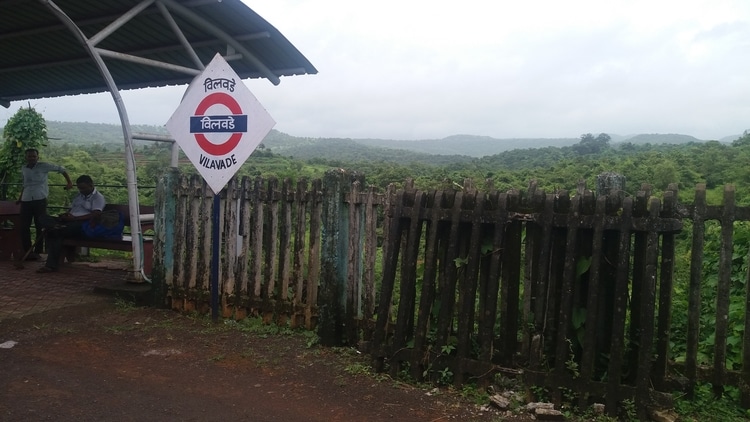 After crossing Vilavade station some beautiful streams and tunnels came through the trail which was splendid and beautiful. Waterfalls graced both the sides making it difficult to decide which side to look at. There were vast stretches of green dotted with water bodies. It was fun to get in and get out of tunnels. Around 3 PM the train reached the Madgaon station. 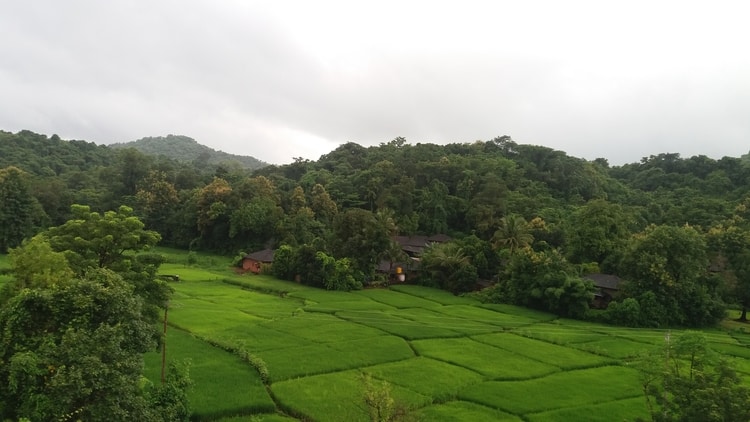 I had a return journey after 2 days. I boarded the train Goa Express on return from Madgaon station to Delhi at around 4 pm in the evening. The most charming section of this route that connects New Delhi to Goa is the coastal section between Goa and the town of Londa in Karnataka. It is here that the Goa Express winds through forests and hills, passing peaks and valleys of the Western Ghats. But the undisputed highlight of this joyride is when passengers get to see the long silvery cascade of Dudhsagar Falls. This is best viewed on the outbound journey from Goa to Delhi when the waterfall is visible in clear daylight .

The running water from the height makes it look like milk is flowing through the mountains and that’s why it is called Dudhsagar. All other unnecessary thoughts on the mind are vanquished with the strong currents and sound of water rushing. A light drizzle from the water stream on your face can make all the chaos of life seem trivial. Accessible only by train or on foot, Dudhsagar is one of the finest and most immaculate pieces from nature’s collection. The railway track is the perfect view point to appreciate this magnificence. And the view is splendid as the vapor arising from the breezy gushing water forms a painting of clouds descending to witness the awe-inspiring falls.

Further ahead of Dudhsagar is a town called Castle Rock. The train stopped there for a bit time and I clicked some pictures which seemed magical. 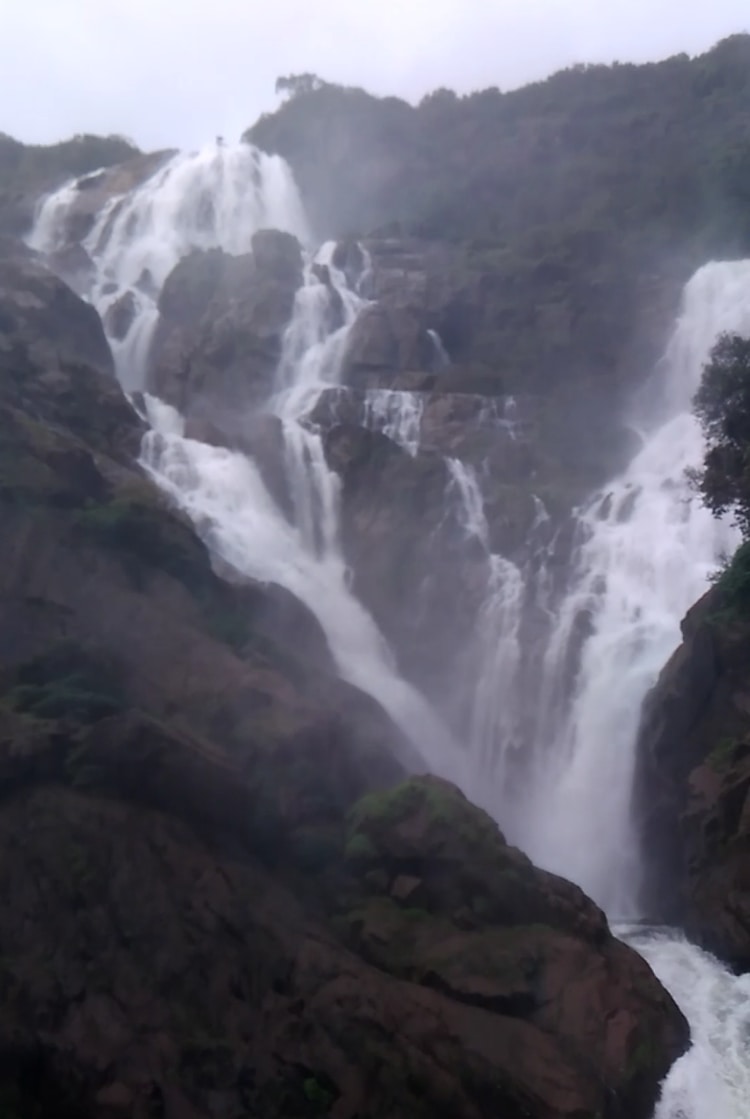 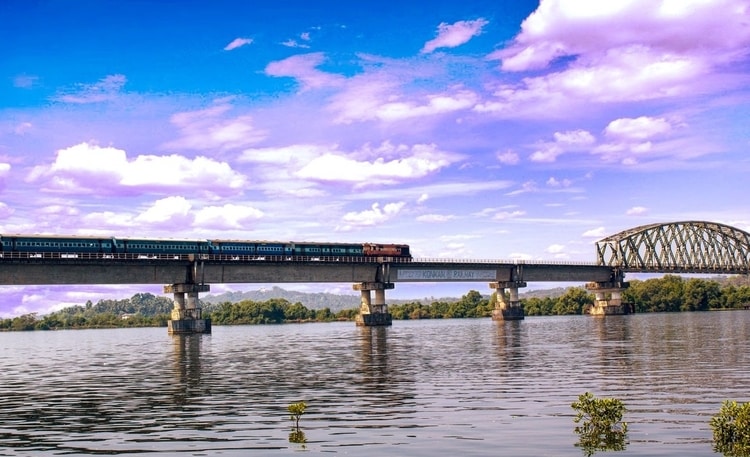 So, I would suggest you to undertake a journey during the monsoon season in the Konkan Railways and give your eyes a retreat to experience the quietude and placidity of the nature as well as witness the immaculate marvel of engineering. 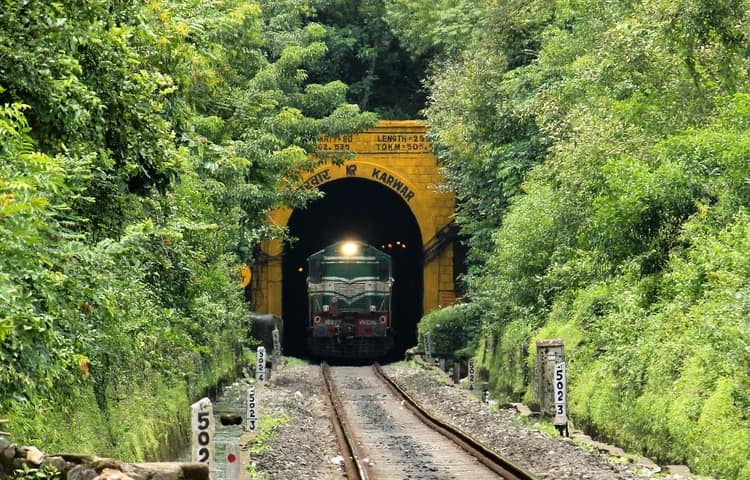