It’s impossible to imagine “Calcutta - The City of Joy” without the iconic Trams that crisscross the city on the iron tramways with rumbling sound and ringing bells. If you have ever been to Kolkata, then surely you must have hopped on to one of the trams that slowly move through the congested lanes of the city. Trams are an intrinsic part of the culture and heritage of Kolkata. Being India’s only tram system, it has deep-rooted itself into the vintage heritage of the city. Though their numbers are now diminished, they still exist as the fine memories of Calcutta, and a trip to Kolkata is incomplete without a tram car ride across the city. Gazing out through the tram windows will surely make you feel as if you are living the moment back in time!! Though tram routes run parallel to the other vehicles on the tramways alongside the busy streets but one will surely get a feeling as if they are witnessing the old Calcutta vibes in spite of all the car horns and ruckus around.

Trams have witnessed the city’s strenuous journey from the revolutionary Calcutta to an amicable Kolkata. It has transformed from the necessity during the colonial times to the heritage of the 21st century.

In this article, we’ll take you on the vintage ride through the historical trams of Kolkata and provide you with some interesting facts about the iconic trams.

History Of Trams
It has been around two and a half centuries, trams have existed in India. Today, Kolkata tram system is the only tram network operational in India. It was in 1873 when the first attempt to run a 2.4-mile (3.9 km) tramway service between Sealdah and Armenian Ghat Street , was made in 1873. The services were stopped during the same year due to lack of patrons and remained discontinued for the next seven years. The attempt was made using the horse-drawn trams. The service resumed again in 1880. Steam locomotives were deployed experimentally in 1882 to haul tram cars. Two decades later, the induction of electricity driven tram in 1902 came as a revolution and since then trams have been in service in the city of Kolkata.

The master behind the inception of Kolkata tram services was Lord Curzon, Viceroy of India. Swift transport of goods from ports to the spots of East Indian Company, and fast movement of police contingents to the sites of anti-British activities were his primary motives to set up electric tramlines across the city. Though tram is considered as one of the unique icons of Kolkata today, but during the colonial times, it was disregarded as a British import by many revolutionaries. Many tram cars were set ablaze as a mark of protest against the British rule in Bengal. There has been a case when increase of fares by only one paisa resulted in setting fire to many trams, after Independence. 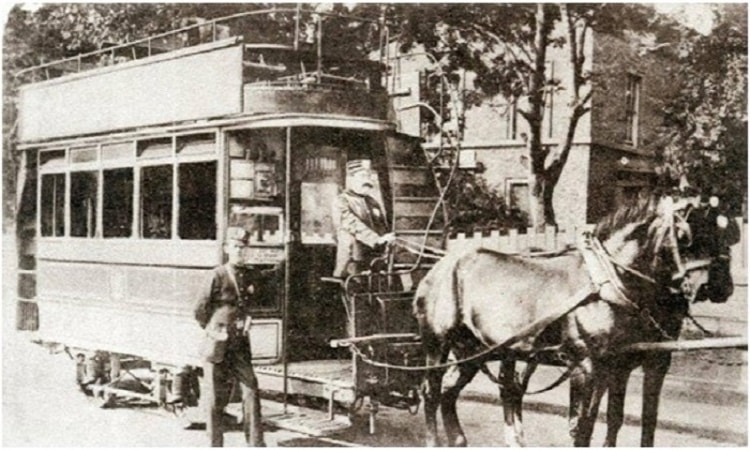 Electric tramline was the transport lifeline of Kolkata till 1920. Even after the introduction of public bus on the streets of Calcutta, tram was the most reliable public transport. Most of the tramlines were laid and extended that time. Kolkata’s tram service was smooth till the 1960s in the pre-Independence era. Around 300 trams used to run between Kolkata and Howrah till 1950.

In February 1943, the Calcutta and Howrah sections were connected by the Howrah Bridge. With this extension, the total track length now clocked in at 67.59 km. In 1946, the tram became the first vehicle to cross over the newly constructed Howrah Bridge that soon became an icon of Kolkata. As time went by, the tram routes spread like a web all around the city and beyond.

CTC (The Calcutta Tramways Company Limited), which was registered in 1880 as a company in London, was taken over by Government of West Bengal in 1967. 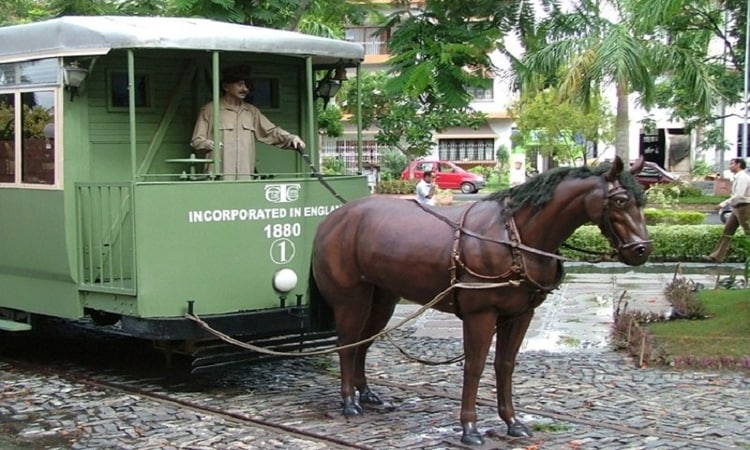 As soon as, other modes of public transport arrived in the country, they slowly overtook the dominance of the trams all over the country. Kanpur was the first Indian city to have closed the tram service in 1933. Chennai (then Madras), Delhi, and Mumbai (then Bombay) bade goodbye to tram in 1955, 1962 and 1964 respectively.

But, the tram service in Kolkata survived throughout the period of transformation of public transport across India and is still active in some parts of the city. Though the tram service network has shrunk under pressure of urbanization, it cannot be uprooted from the city. 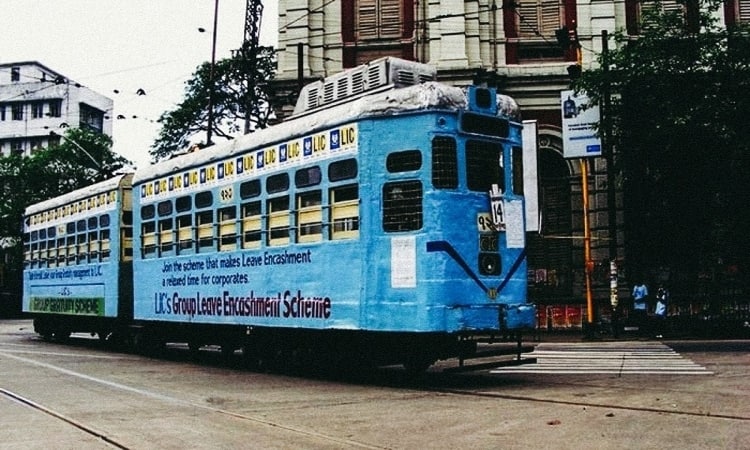 The two coaches in the trams were divided into 2 separate classes – 1st Class and 2nd Class. Since 15th August, 2013 trams have been made class-less, and the 2nd class has been removed with same fares and amenities offered. CTC has 269 standard double bogie tram cars including 25 tram cars renovated with innovative outlook. Modern day trams are the outcome of development of technology and design. The cars gradually evolved with time. In 2013, CTC brought in air-conditioned tram cars.

Inside of Trams
You will be able to find the old world charm of the city while taking a ride inside the tram. As it slowly moves through the congested lanes of the city, one can immerse itself into the beautiful historical city of joy. There are wooden and metal benches laid out in two rows inside the tram. Wide windows with thin bars and lazily rotating fans are present. You will also find soft glow of fluorescent light at the night. When you're planning to alight, the conductor will ring a bell, both to make the tram halt, and then to give it the signal to start again.

Some Bizarre Facts About Train
The Kolkata Tram service has been following certain rules which haven’t change since its inception. And today these rules seem a bit odd in comparison to those days. 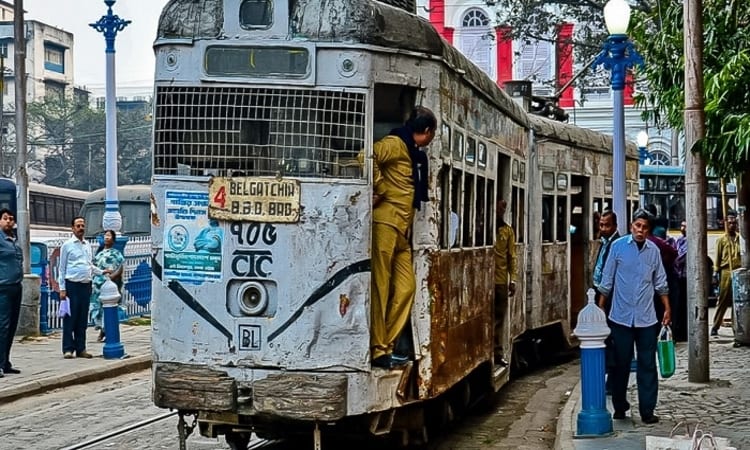 The Downfall of Trams in Kolkata
With the urbanization all around, trams have slowly disappeared in the background. In the late 1960s, Kolkata had 52 routes covering around 70 km and today only eight routes have remained covering 17 km. A lot of routes were closed over the years and even the route passing through the Howrah Bridge was also closed because it was thought that the bridge would soon be unable to bear the load.

The number of people that took the trams for daily commute decreased as the time went by and the now the number has almost diminished. According to the sources in the West Bengal Transport Corporation, from 2011 to 2018, operational trams fell from 185 to 40, passengers from 75,000 a day to 15,000, and daily revenue from Rs 3.3 lakh to Rs 62,000.

According to a WBTC official the key reason for the decline is the traffic policy of the state, notably the construction of B.B.D Bag Metro station at Dalhousie, Central Kolkata, an area where all tram routes start or end. 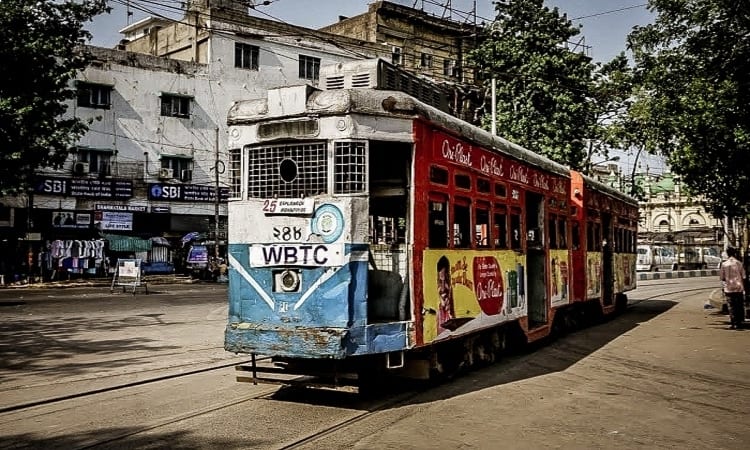 The Tram Museum
It’s impossible to think about the city without the trams and so to emphasize and accentuate the long and exciting history of this transport, the government opened up a Tram museum on September, 2014 at the Esplanade depot. CTC (The Calcutta Tramways Company Limited) has renovated and converted a 1938 built tram car which is still operational, into tram museum.

The Esplanade tram depot, from where the first electric tram car in Asia ran, has become the permanent home to the Tram museum. The Tram museum serves as a destination for History enthusiasts as well as the tourists who want to witness the legacy of the trams in the city. 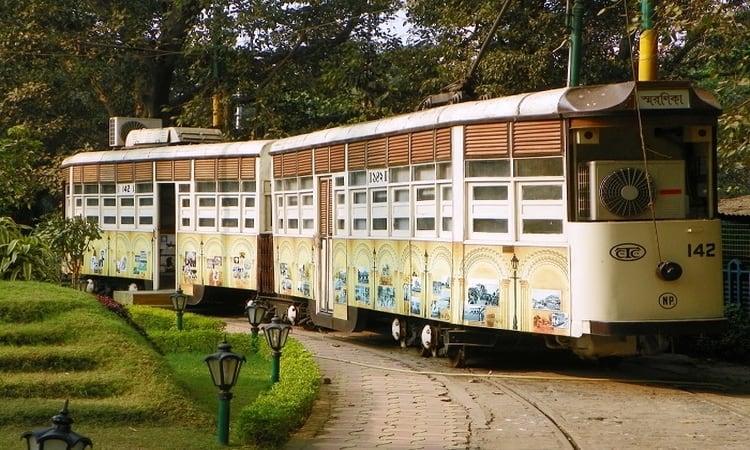 The Future of Trams
The trams of Kolkata have maintained their old world charm which adds to the beauty and the history of the city of joy. It is still used by many passengers for their daily commute. Being the eco friendly in nature, tramways seem to be more potential mode of transport during the coming years.

The effort from the government to improve the infrastructure and investment policies can make trams run more efficiently. The redevelopment plans must get implemented as soon as possible so that the heritage of the city continues and the tramways relive their glory days. Tell us your experience about the historic trams, if you haven't been to the heritage city, Kolkata then, what are you waiting for? Book your train tickets through Trainman app. Check the PNR Status, running status of train, seat availability and much more.