The central government is planning high-speed bullet trains connecting New Delhi with Varanasi and Prayagraj, two pilgrimage cities of Uttar Pradesh. As per reports, a team of the National High-Speed Rail Corporation (NHSRC) reached Ayodhya and held meetings with district officials to finalise land for the bullet train station. The bullet train will cover a distance of over 670 km with a speed of 320 to 350 km per hour. 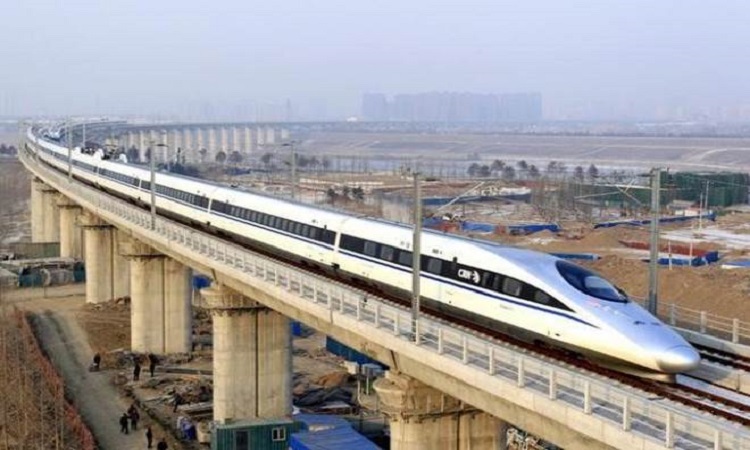 As per the detailed plan, a 941.5 km track will be laid down between Delhi and Varanasi via Agra-Lucknow-Prayagraj. To include Ayodhya in this circuit, a separate link track of 130 km will be laid down between Lucknow and Ayodhya. Land for Ayodhya bullet train station has been allotted to NHSRC by the state government. The officials of the NHSRC have also marked the area. Ayodhya development officials have stated that the station for the project will come up near the Maryada Purushottam Shree Ramchandra Airport which is being constructed near the Lucknow-Gorakhpur highway bypass.

Reports suggest that NHSRC has even applied for the ‘no objection certificate’ (NOC) from the Airport Authority of India. A senior NHSRC official has informed that as soon as the NOC is received, the work on the project will start. The plan is to connect the land of Lord Ram directly with Delhi. 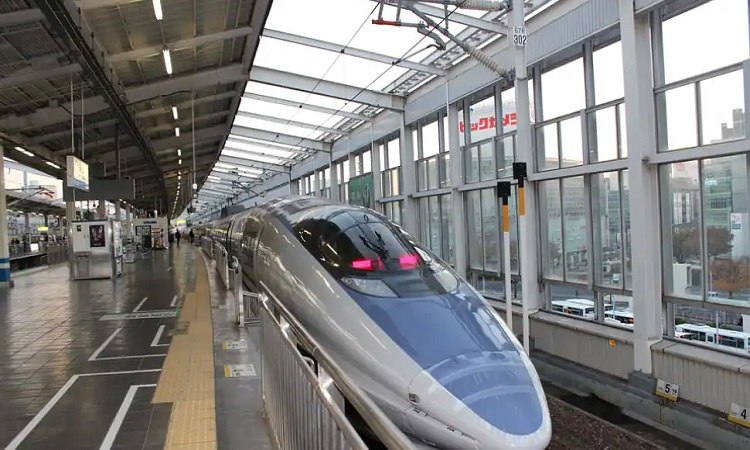 Meanwhile, the land for Maryada Purushottam Shri Ram International Airport has been acquired in eight villages including Janura, Ganja, Pura Hussain Khan, Dharampur Sahadat, Nandpur, Kushmaha, Firozpur and Sarethi in Ayodhya district. On Friday, Ayodhya DM Anuj Jha handed over papers of plot and compensation to 75 farmers whose land was acquired for the project. As per the DM, the displaced farmers will get a house under the PM housing scheme, a plot and monetary compensation for their land.