India is a beautiful nation with splendid natural beauty and diverse geographical features to explore. Being the largest nation of South Asia, India shares geographical boundaries with seven countries - Afghanistan, China, Pakistan, Bhutan, Nepal, Myanmar, Bangladesh and Sri Lanka. So why not explore the places where you can almost see the geographical boundaries merge into another country. And so this Independence Day, along with being patriotic, enjoy spending some time in these beautiful locations near the international borders of India with the majestic surroundings. This 72 Independence Day capture the best shots in your lenses of these wonderful and picturesque places near the borders and celebrate the patriotism within.

Celebrate this Independence Day and make it a grand one as you visit these beautiful destinations near the Indian borders which are sure to leave your experience surreal.

1. Pangong Lake
Pangong Lake, situated at a height of almost 4,350m, is the highest saltwater lake in the world. This lake is purely a sheet of vivid blue in the midst of mountains. Its waters, which seem to be dyed in blue, stand in contrast to the parched mountains surrounding it. Extending to almost 160 km, Pangong Tso is geographically situated in a disputed territory, claimed both by India and China, one-third of the Pangong Lake lies in India and the other two-thirds in China. The eastern end of the lake is in Tibet and is not claimed by India. The western end of the lake is not in dispute. Pangong Lake derives its name from the Tibetan word, “Pangong Tso”, which means “high grassland lake”. You could spend hours in contemplation here, and still not have enough of its beauty. 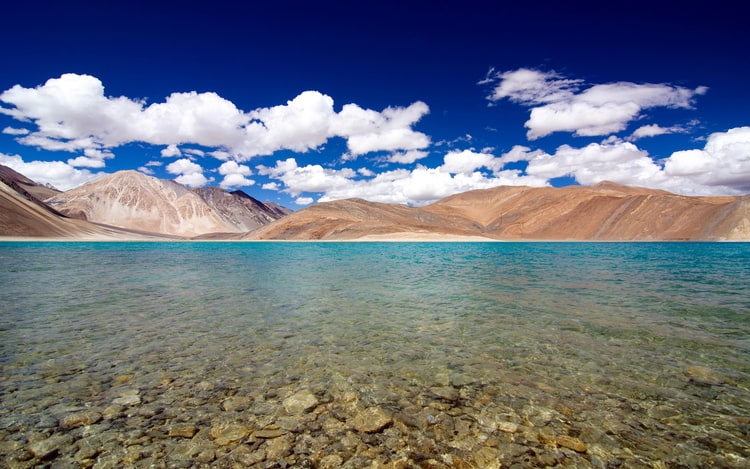 There are certain areas in Ladakh which are considered inner line (areas close to the border with either China or Pakistan), and Pangong Tso Lake is one of them. Therefore, you will need to obtain an inner line permit for visiting this place.

2. Chitkul
Chitkul is the last village of India on the Indo-Tibet border. A 28 km uphill drive from the town of Sangla in Kinnaur district of Himachal Pradesh will lead you to this beautiful and quaint little village. It is situated at a towering altitude of around 11,319 feet above sea level. The beauty of this village lies in the vast amazing valley, with Baspa river dividing the snow clad Himalayan peaks. You will find beautiful blooms all around and lush green meadows. Just a few kilometers away from the village, lies the Nagasthi check post which is under the control of the Indian Paramilitary force ITBP. This is the last checkpost before the Tibetan border and so entry of civilians is not allowed beyond this point. 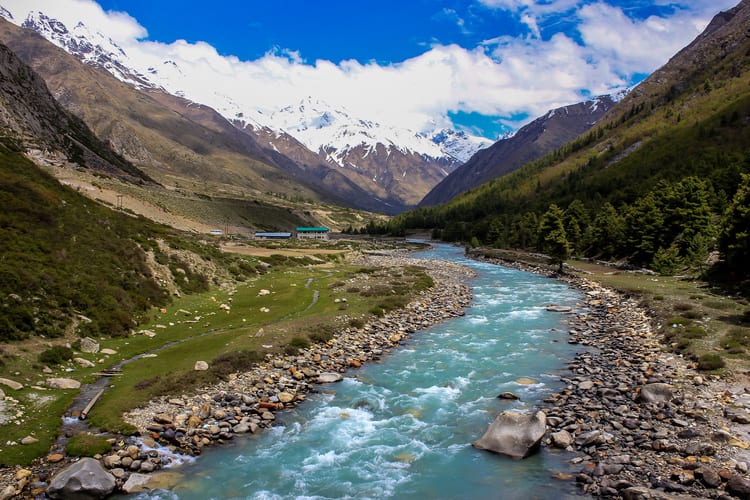 Chitkul is said to be a part of the famous “Silk Route” which was used by traders travelling to India from China and Tibet.

3. Yumthang Valley
Yumthang Valley is a beautiful valley full of natural wonders and picturesque beauty situated in North Sikkim. It sits at an elevation of 3,500 metres above sea-level, and is naturally home to many beautiful Himalayan flowers, spectacular mountains and a serene river. It is also called as the valley of flowers, although that name is associated with the Valley of Flowers in Uttarakhand. Yumthang Valley is extremely picturesque, with green slopes covered with trees, yaks grazing in the flower-spangled grassy plains below, and a river flowing right through the valley. The serene and tranquil air of the Valley is sure to amaze the nature lovers. 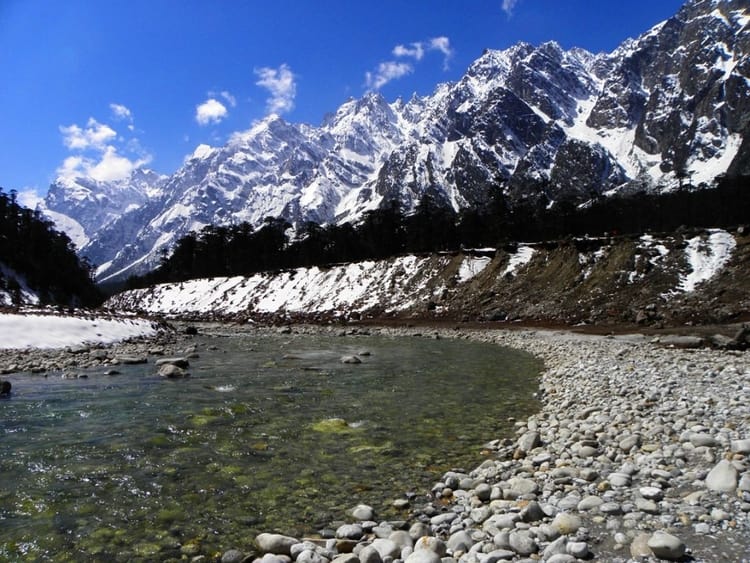 Since the valley is situated close to the China border, the whole area is under the control of the army, and a Protected Area Permit is required for visiting it as a tourist. Tourists can get it from the Gangtok Tourism Office, District Administrative Center at Mangan or at Chungthang Sub-Divisional Magistrate’s Office.. 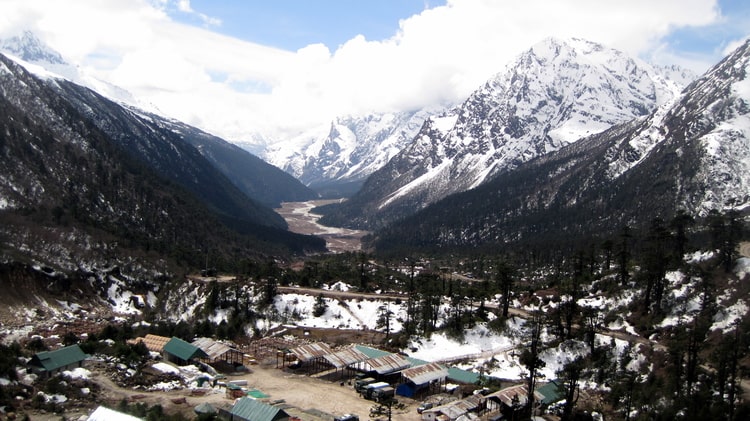 4. Kargil
Kargil is a beautiful town which serves as the headquarters of Kargil district of Ladakh in the state of Jammu and Kashmir in India. It is the second largest town in Ladakh after Leh. Situated at India-Pakistan border at an altitude of approximately 2800m above sea level, Kargil is one of the most picturesque and interesting destinations in Kashmir. The town is situated by the majestic Suru river(a tributary of the Indus river) and one can witness the magnificent views of the Nun Kun Himalayan peaks that lies on the Indian side of the Line of Control in Kashmir. 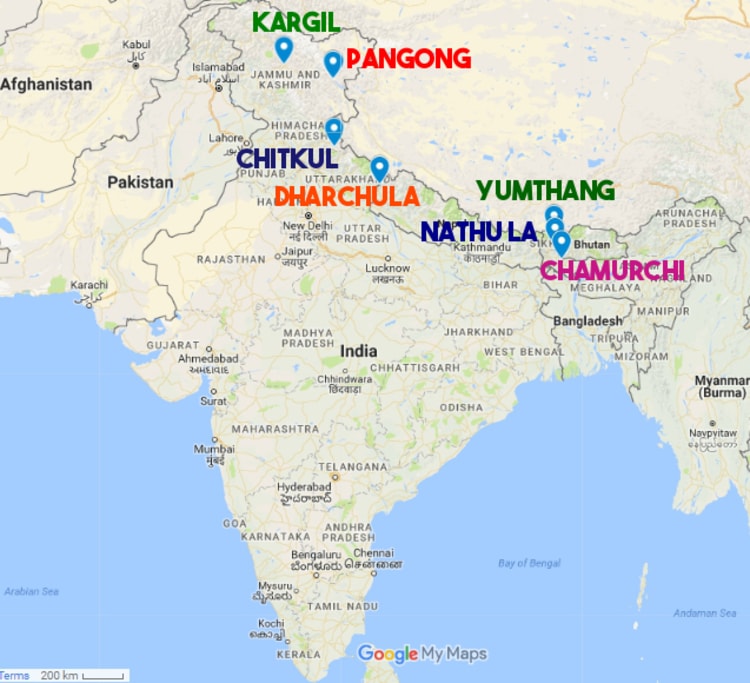 Kargil, itself holds the name for a historic cause in India. Despite the beauty it withholds, the city remains a less trodden destination. Due to the India-Pakistan war(Kargil War) of 1999 that took place here and along the Line of Control (LOC), the city has memories for all the spine-chilling reasons.

Now it offers great opportunity to trekkers, campers, rafters and mountaineers. The Nun Mountain allows mountaineering expeditions whereas, Kargil offers brilliant option for trekking to Pensi-La Lake and Suru Valley. Built and maintained by the Army, Kargil War Memorial is a must visit for everyone here.

5. Nathula Pass
Nathu La is a mountain pass in the Himalayas in East Sikkim district. It is located on the Old Silk Route and connects the Indian state of Sikkim with the China’s Tibet autonomous region. It is situated at an altitude of 14,410 feet above sea level. One can witness an amazing view of the magnificent peak of Jomolhari mountain in Bhutan. The fenced Indo-China border is few meters away and one can see both Indian and Chinese soldiers guarding the border. There is no 'no mans land' here. Even today, mails are delivered across the border on certain days of the week. There is an engraved stone here called Nehru Stone which marks the visit of former Prime Minister of India Jawaharlal Nehru who visited in 1958.

Nathu La is a protected area and only Indian tourists can visit this place. Foreign nationals, NRIs or OCIs are not allowed here. Indians require a valid Protected Area Permit (PAP) to visit Nathula.

You will find a hillside here with the words “Mera Bharat Mahan” written on it. The font size is reasonably big and enough to give you a sudden patriotic rush. 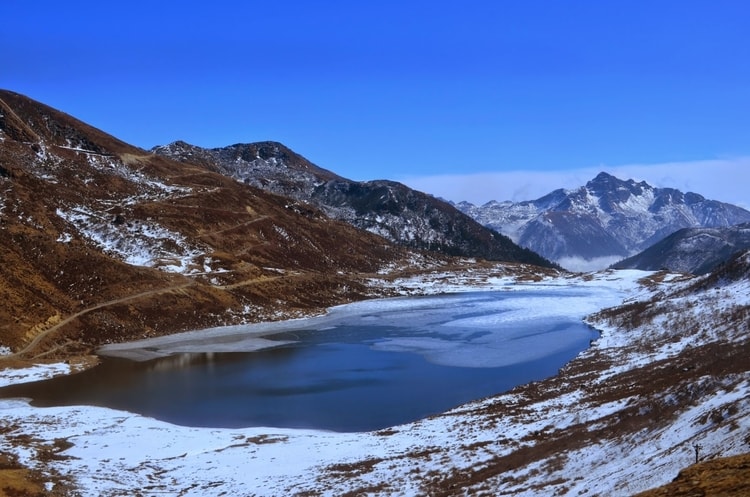 6. Dharchula
Dharchula is a beautiful town located on the Indo-Nepal border in the Pithoragarh district of Uttarakhand. The snow clad Panchchuli peaks located on the west of Dharchula separate it from the Johar Valley. Situated at an elevation of 915 m above sea level, Dharchula is surrounded by hills and offers breathtaking views of the grand Himalayan peaks. The hill station gets its name from ‘Dhar’ and ‘Chula’; Dhar means peak and chula means stove in Hindi.

This quaint town is encircled by towering Himalayan peaks. One can have beautiful panoramic view of the mighty Panchachuli peak located to the west of Dharchula.

Dharchula is considered strategically sensitive as it is situated on the Indo-Nepal border and separated from its Nepalese twin by the River Kali. Dharchula shares its borders with both Nepal and China. It is connected to Nepal by a foot over bridge built across the Kali River. Cross the bridge and you are in Nepal. There aren’t any restrictions here and people from both the sides are allowed to pass through. 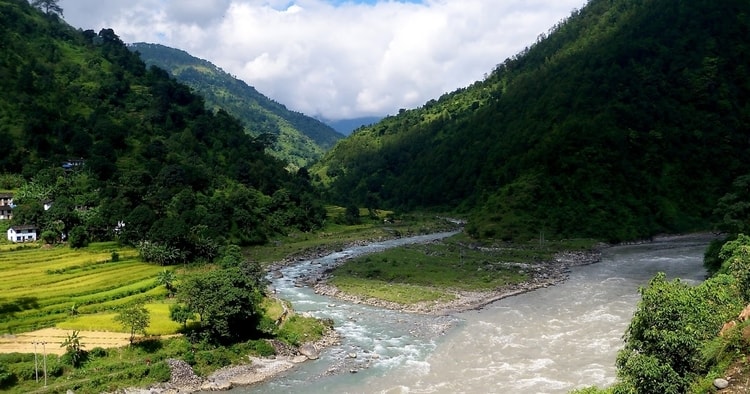 7. Chamurchi
Far from the bustling regions, Chamurchi is a small village in the Banarhat area of Jalpaiguri district. Located at a distance of 60 km from Jalpaiguri, one can find this destination of Dooars region. The place is close to the Indo-Bhutan border and is known for its scenic beauty. This picturesque settlement is located on the banks of the river Diana.

Chamurchi is still less trodden destination making it a rush free zone. Endowed with natural beauty, the nature bound Chamurchi with its serene ambience and untainted beauty is sure to entangle the heart of the tourists. On a clear day, one can also get the awe-inspiring view of the world’s third highest mountain peak Mt. Kanchenjunga. The view is sure to mesmerize the mountain lovers. You can also witness one of the ten gates(Door or Duar- because of which the name “Dooars” is derived) of Bhutan here. 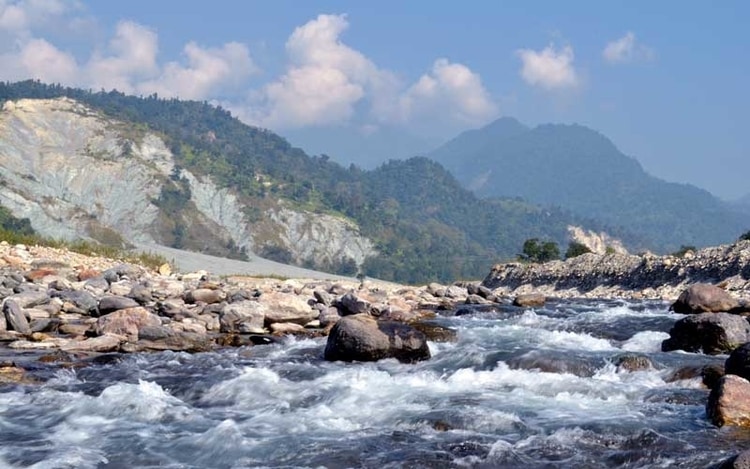 So friends pay a visit to these International borders and you will get to know how our Indian Army ensures safety and security in entire nation. Trainman salutes these brave soldiers who work tirelessly day and night to provide us peaceful India that we live in. JAI HIND! 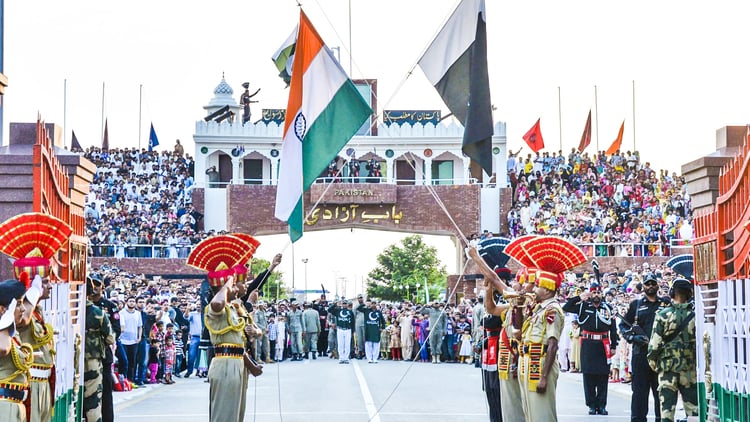